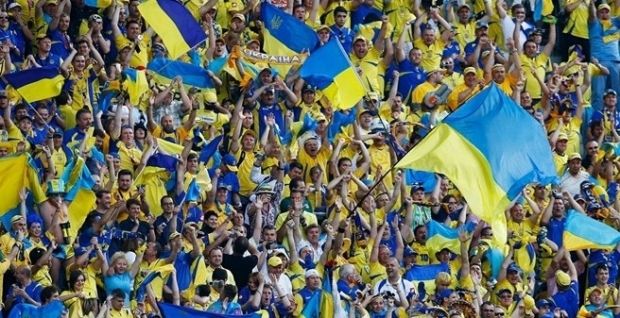 UEFA is not happy with the behavior of Belarussian and Ukrainian football fans / sport-xl.org

The Minsk publication Pressball said the BFF could be punished for allowing fans to chant “political slogans” and for the “lack of security at the game.”

The FFU could also face disciplinary actions due to Ukrainian fans “chanting on political issues” and throwing fireworks.

The behavior of the Belarusian and Ukrainian fans will be considered at a meeting of the UEFA disciplinary committee on November 13.

As UNIAN reported earlier, a Euro 2016 qualifying match between Belarus and Ukraine was held on October 9 in Borisov, Belarus, and ended in a 2-0 away win for Ukraine. During the match, the fans of the two teams together sang a well-known insulting song about Russian President Vladimir Putin, and shouted "Glory to Ukraine! Glory to the Heroes!"

Up to 100 fans, most of them from Belarus, were detained by police after the match.