"Everything happened like in a computer game," the air force cadet told the president who visited him at the hospital in Kharkiv. 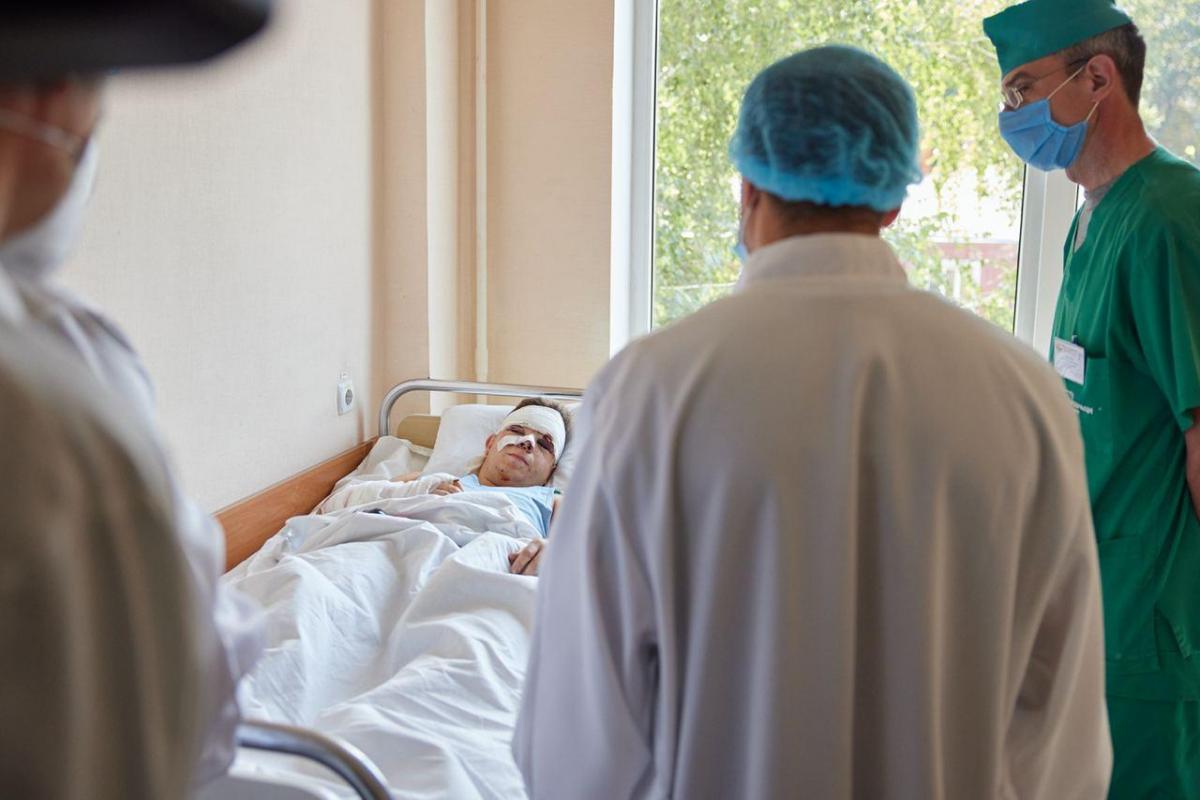 The only survivor in yesterday's crash of the military An-26 plane of the Kharkiv Air Force University near the Chuhuiv airfield, Cadet Viacheslav Zolochevsky, 20, who has undergone surgery at a Kharkiv hospital, is now conscious and has spoken about the tragic accident.

Ukrainian President Volodymyr Zelensky has paid a visit to the military hospital and spoke with the cadet, who is reported to be in a "satisfactory" condition, the President's Office reports.

Zolochevsky told Zelensky that the accident unfolded very rapidly, and it was unclear what was happening. According to him, the cadets and university officers – crew members – had known each other well, having already flown together.

The cadet said he had found himself amid the wreckage after the plane hit the ground when he saw his comrade ablaze so he attempted to save him by putting out a fire.

On Facebook, President Zelensky elaborated on what the cadet had told him: "At night, Vyacheslav came to his senses amid the wreckage of the An-26 plane where his whole squad, his friends, brothers were flying. Fire, plane destroyed, darkness and bodies around. One of the guys was in flames, and Slava rushed to put out the fire. He managed to give another chance to a cadet, who, unfortunately, died of burns this morning. This is heroism amid the field of death."

"The guy told us what had happened. We didn't bother him with questions, we just asked him what we could do to help. He said it was like in a computer game, that when he got back to his senses, he saw his friend burning and that he actually helped to put the fire out on this guy who got admitted to the hospital yesterday. Unfortunately, he died today," Kucher said.

According to updated data, the survivor did not jump out of the plane. He remained on board and was lucky to make it alive, writes Suspilne.UA.

"He doesn't remember everything, he lost consciousness at some point. After he regained consciousness, he got out of the plane wreckage, as far as we know, and began to put out the flames on his comrade. He survived while being on board the plane," Kucher said.

"But physically, his state is even satisfactory. I think for some time, at least for a week, he will remain there [in the hospital]," Kucher said.

At 20:38 the captain reported left engine failure to the tower.

Deputy Interior Minister Anton Geraschehnko added that the pilot reported he would be landing the plane with one operating engine.