The launch is scheduled for September. 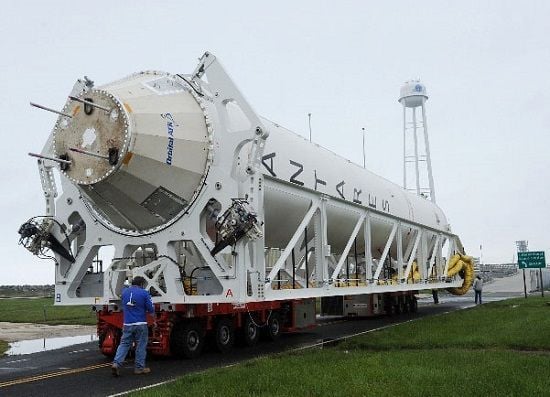 Ukraine's space enterprises and Northrop Grumman have been cooperating for several years / Photo from AIN.ua

Ukrainian specialists are now involved in preparations for the launch of Northrop Grumman's Antares rocket on schedule.

A group of employees of SE Yuzhnoye State Design Office and Hartron-Arkos Ltd. in April 2020 left for the United States to participate in preparations for the launch of Northrop Grumman's Antares, the press service of the National Security and Defense Council (NSDC) told UNIAN.

It is scheduled to deliver cargo to the International Space Station by NASA's order in September this year.

The full group began work on the program after a two-week quarantine upon arrival in the United States, it said.

On June 19, fifteen specialists who took part in the electrical tests of the first stage of the Antares launch system at the rocket launch site on Wallops Island returned to Ukraine; one remained in the United States to perform scheduled work.

In early July, two more Ukrainian specialists arrived in the United States, and three more experts on the fuel control system are expected to arrive soon.

Arrangements for the Ukrainian specialists' flight, in particular securing the necessary permits for their departure became possible particularly thanks to the support and interagency coordination of actions by Ukraine's NSDC, it said.

As UNIAN reported, Ukraine's space enterprises and Northrop Grumman have been cooperating for several years to date. The corporation orders two rockets every year.