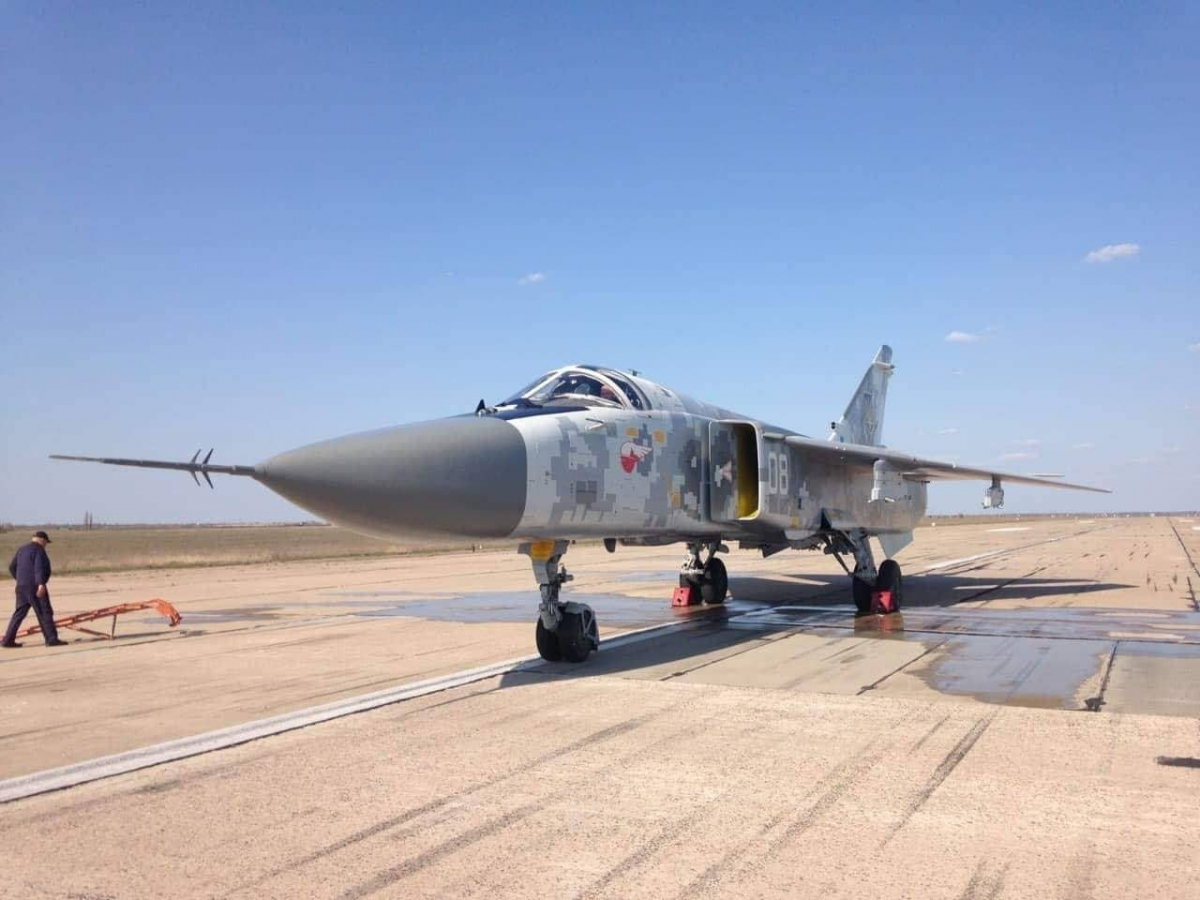 State-owned Mykolaiv Aircraft Repair Plant, which is part of the state-run military-industrial conglomerate Ukroboronprom, has transferred an upgraded Su-24 attack aircraft to the Armed Forces of Ukraine.

The damaged airframe units were completely replaced during the repair work, according to the conglomerate's press service.

Read alsoUkraine Army receives retrofitted helicopter (Photo)"The upgraded Su-24 aircraft passed the necessary test flights and was transferred to an Air Force unit of the Armed Forces of Ukraine. The Su-24 is an all-weather supersonic frontline bomber with a variable-sweep wing. This is the main attack aircraft of the Air Force of the Armed Forces of Ukraine," it said.

UNIAN memo. Mykolaiv (Nikolaev) Aircraft Repair Plant (NARP) is a state enterprise for repairing aviation and marine equipment. It was founded in 1939 at aircraft repair workshops of a pilot school. In 2011, the enterprise became part of Ukroboronprom. The NARP regularly repairs aircraft for the Ukrainian Air Force.