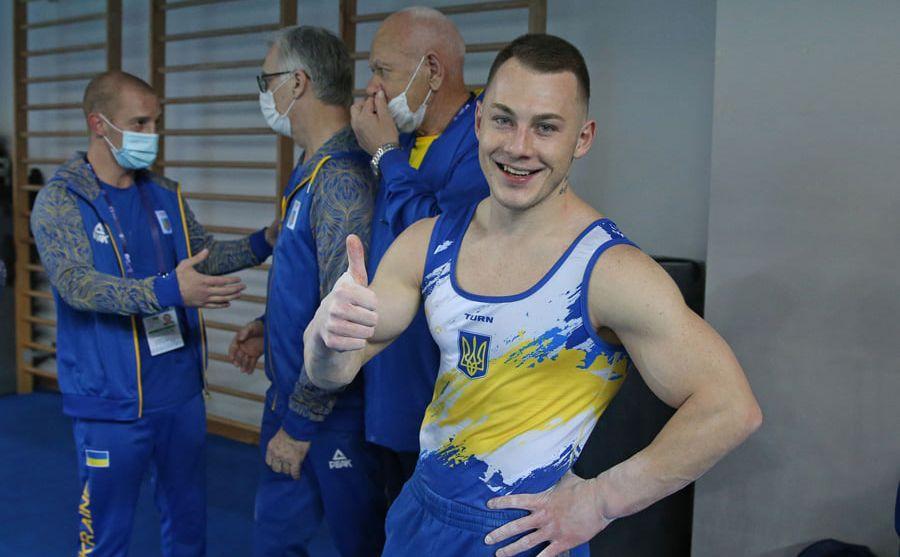 Radivilov has got a gold and a bronze medal / Photo from European Gymnastics / Th.Schreyer

At recent competitions in Turkey, he won two medals in the individual finals.

The Ukrainian became the best on vault. He took the first place with 14.733 points.

Radivilov was ahead of Egor Sharamkov (14.700) from Belarus, as well as representative of Israel Artem Dolgopyat (14.483).

Radivilov also won bronze on rings. His result was 14.766, while Ibrahim Colak won the gold medal with 15.000.

Another medal for Ukraine was won by Petro Pakhniuk, who became the silver medalist in the parallel bars competition with 14.766.

Excellent start of the parallel bars final by Petro Pakhniuk!

What is more, Ukraine are the new European men's artistic gymnastics team champions this year, beating hosts Turkey in Mersin with Hungary being third.

If you see a spelling error on our site, select it and press Ctrl+Enter
Tags:News of UkraineTurkeysportschampiongymnastics