The incident was reported in the center of Kyiv on April 29. 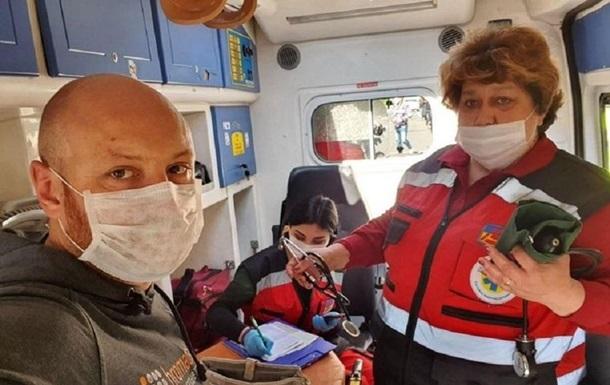 OSCE Representative on Freedom of the Media Harlem Désir has expressed concern over a police attack on hromadske journalist Bohdan Kutiepov.

"Worried by police violence against @HromadskeUA journalists Bohdan Kutiepov & Nikita Mekenzin, obstructing their reporting outside the Cabinet of Ministers in Kyiv. I urge Ukraine authorities to investigate the incident & ensure journalists can report freely on public protests," he said on Twitter on April 29.

According to hromadske, while streaming live outside the Cabinet building in central Kyiv on April 29 Kutiepov was assaulted by law enforcement officers who broke his equipment – due to him "standing on the green zone," a patch of grass in Mariinsky Park near the building.

Kutiepov, and cohost Nikita Mekenzin, were streaming a protest outside the government's building, rallying against quarantine restrictions. They were then accosted by a group of law enforcement officers from the TOR subdivision [created in 2017 for the purposes of maintaining public order] who demanded they step off the grass. The hromadske journalist attempted to explain that he had a professional need to stand there, as that patch gave the best view of the protest being elevated and directly behind the protest itself.

While trying to ascertain the police officers' motives for telling them to move, the TOR officers replied that the journalists, "Either remove [their camera] or I'll break [it]." And then they forcibly ejected the journalists from that space.

According to hromadske, one of the law enforcement officers can be seen on camera being concerned about the fact that Kutiepov had continued to stream the encounter, and threatened to break the camera once more, but only broke the camera's stabilizer.

Kutiepov said he had ended the stream and called more law enforcement agents to the scene in order to write a formal criminal complaint. Kutiepov said he would like to see funds returned for his broken equipment and an apology for the use of force against him and his fellow journalist.

The National Police of Ukraine later released a statement regarding the assault. "We have received information from a hromadske journalist about employees of TOR interfering with his professional activities...In order to clarify the details of the incident, an investigative group from the Pechersk police department has been dispatched. They will conduct a check and then transfer their findings to the State Bureau of Investigation for a procedural decision," the police said.