Metropolitan Epifaniy expressed gratitude for the U.S. firm support in the context of countering external challenges Ukraine continues to confront. 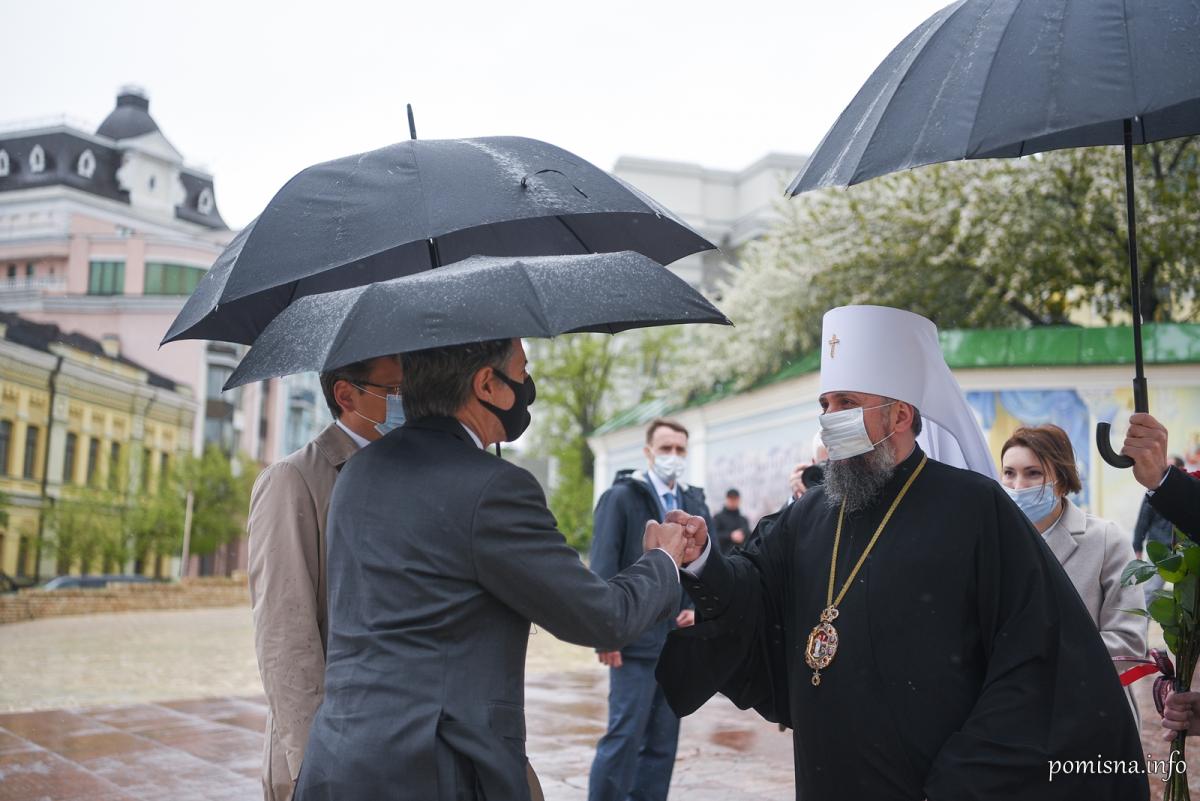 U.S. Secretary of State Antony Blinken on Thursday, May 6, held a meeting with Primate of the Orthodox Church of Ukraine (OCU), Metropolitan Epifaniy.

The two discussed progress in the OCU development, the church's press service reported.

Particular attention was paid to the issue of the OCU development, the importance of removing artificial obstacles to the free determination of affiliation by parishes, based on the principles of freedom of conscience," the report says.

Metropolitan Epifaniy expressed gratitude to the American side for the firm support of Ukraine in the context of countering external challenges the Ukrainian state continues to confront, as well as in the issues of protecting freedom of conscience in the Russian-occupied territories, namely Crimea and parts of Donbas.

If you see a spelling error on our site, select it and press Ctrl+Enter
Tags:News of UkraineUSAEpifaniyOCUAntony Blinken