Operations to extinguish the fires were under way near the Lubianka, Paryshiv, Dytiatky, and Denysovychi forestry areas on Sunday morning. 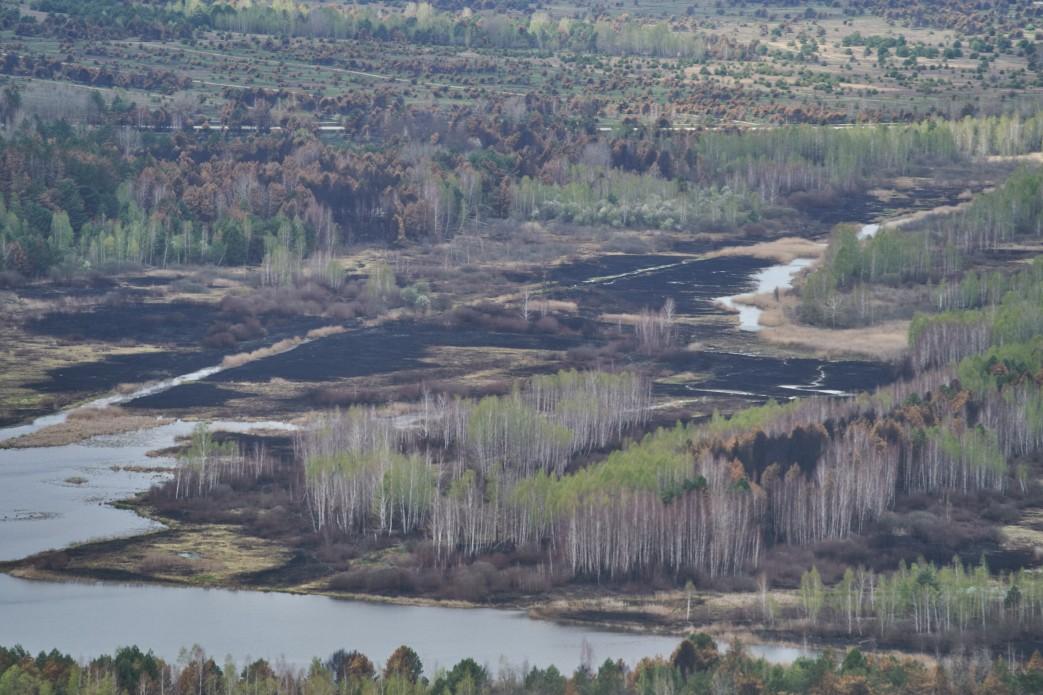 Chornobyl forests have massively been damaged by fires / Photo from president.gov.ua

Ukrainian President Volodymyr Zelensky says over 11,000 ha of forests in the Chornobyl exclusion zone have been damaged by recent fires.

The president took a helicopter tour over the area damaged by the fires as part of a working trip to Kyiv region, the presidential press service reported on April 26.

Zelensky also met with State Emergency Service members who were involved in extinguishing a large-scale forest fire in the Chornobyl exclusion zone.

"Only there, at a height, you understand how difficult your profession is," he told them, presenting state awards to 22 rescuers. "I am grateful to you for the result on behalf of the entire Ukrainian people."

Prime Minister Denys Shmyhal, who was present at the meeting, also thanked the firefighters.

As UNIAN reported earlier, first forest fires in the Chornobyl exclusion zone began on April 4, covering 20 hectares then. On April 7, the area affected by the fires expanded to 35 hectares.

On April 14, they were reportedly extinguished but resumed on April 16.

As of 07:00 Kyiv time on April 26, 2020, operations to extinguish the fires were under way in the Lubianka, Paryshiv, Dytiatky, and Denysovychi forestry areas in the exclusion zone. Two major smoldering spots were areas near the villages of Kryva Hora and Rudky-Buriakivka.