USAFE Band sings Carol of the Bells as tribute to U.S.-Ukraine partnership (Video)

The tune was originally composed by Ukrainian composer Mykola Leontovych before acquiring world-wide fame with the English lyrics. 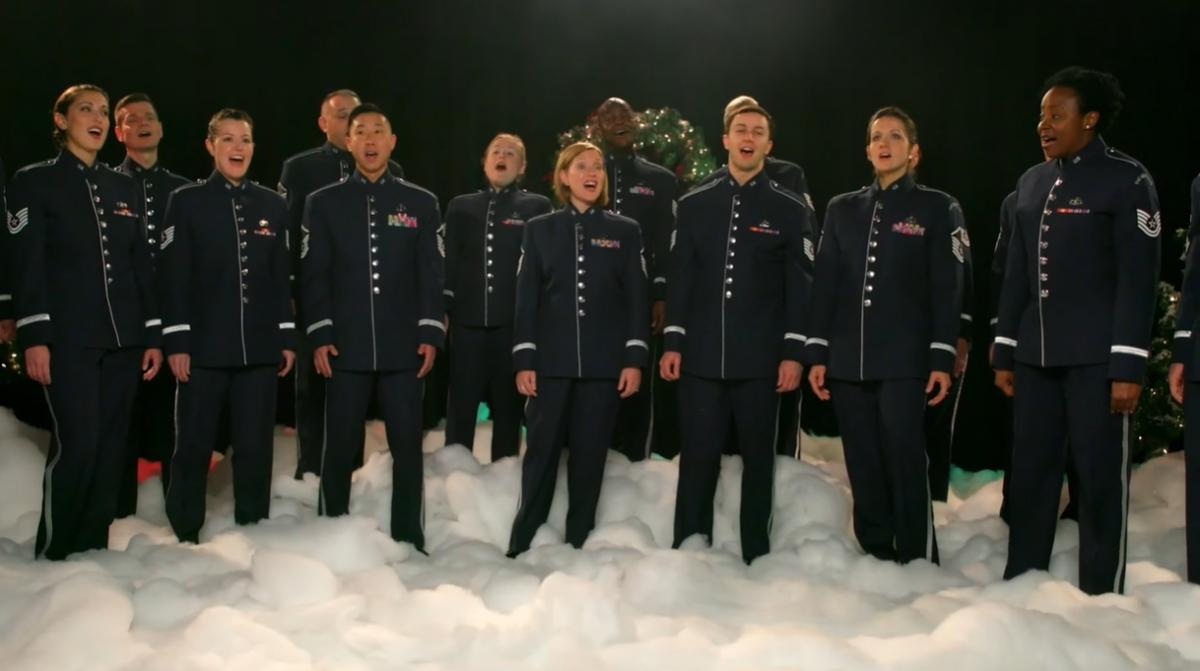 The U.S. Air Force in Europe Band has sent Christmas and New Year greetings to the Ukrainian people by performing Carol of the Bells, a song inspired by a Ukrainian "Shchedryk", originally produced by Ukrainian composer Mykola Leontovych before acquiring worldwide fame.

The U.S. Embassy in Ukraine has posted on Facebook a holiday message by Lieutenant Colonel Cristina Moore Urrutia, Commander of USAFE Band, on behalf of U.S. Air Forces in Europe and Air Forces Africa.

The Band has performed Carol of the Bells as a "tribute to the U.S.-Ukraine partnertship. Ukraine has no greater partner than the United States which stands with you in your efforts to ascertain sovereignty and territorial integrity. We wish you all the best this holiday season," Cristina Moore Urrutia said.

"Shchedryk" is a Ukrainian shchedrivka, or New Year's song, known in English as "The Little Swallow". It was arranged by composer and teacher Mykola Leontovych in 1916, and tells a story of a swallow flying into a household to sing of wealth that will come with the following spring, as per Wikipedia.

"Shchedryk" was later adapted as an English Christmas carol, "Carol of the Bells", by Peter J. Wilhousky following a performance of the original song by Alexander Koshetz's Ukrainian National Chorus at Carnegie Hall on October 5, 1921. Wilhousky copyrighted and published his new lyrics (which were not based on the Ukrainian lyrics) in 1936, and the song became popular in the United States and Canada, where it became strongly associated with Christmas.

If you see a spelling error on our site, select it and press Ctrl+Enter
Tags:News of UkraineUSEmbassyChristmasShchedryk