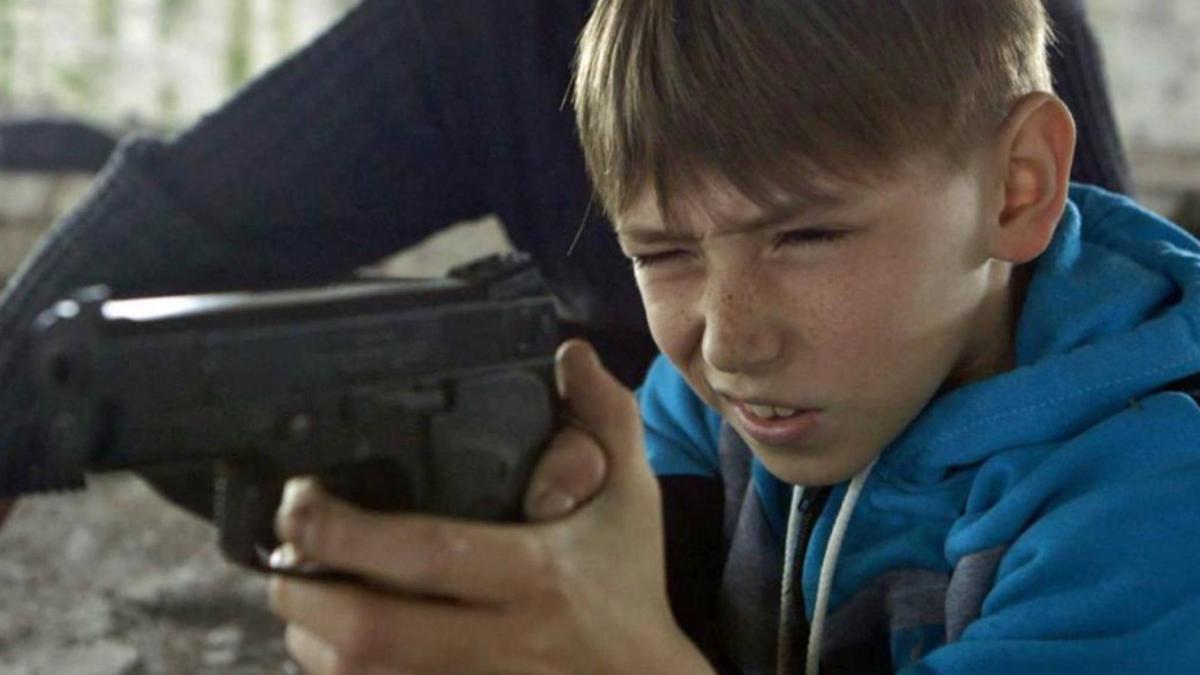 Snap from film The Distant Barking of Dogs

The Distant Barking of Dogs documentary, telling about the hardships children of Donbas are facing against the background of the ongoing war, has been included in the school curriculum for 6-9 grades' students in Denmark.

"In Denmark, schoolchildren in grades 6-9 will be taught to understand conflict, war, and children's rights based on the film The Distant Barking of Dogs. It's the film about a 9-year-old boy Olezhka who lives on the front line in Donbas. It's the film we've been shooting together with director Simon Lereng Wilmont, the film that conquered the world," he said.

"Kids in Europe will watch the film and understand what tens of thousands of Ukrainian children are facing amid the war between Russia and Ukraine. They'll empathize and side with them," the assistant director explained.

The Distant Barking of Dogs (Danish: Olegs krig) is a 2017 documentary following the life of a Ukrainian boy Oleg throughout a year during the War in Donbas, as per Wikipedia.

The film premiered at the 2017 International Documentary Festival Amsterdam, where it won the IDFA Competition for First Appearance

In 2019, Far Barking Dogs was shortlisted for an Academy Award for Best Documentary Feature.