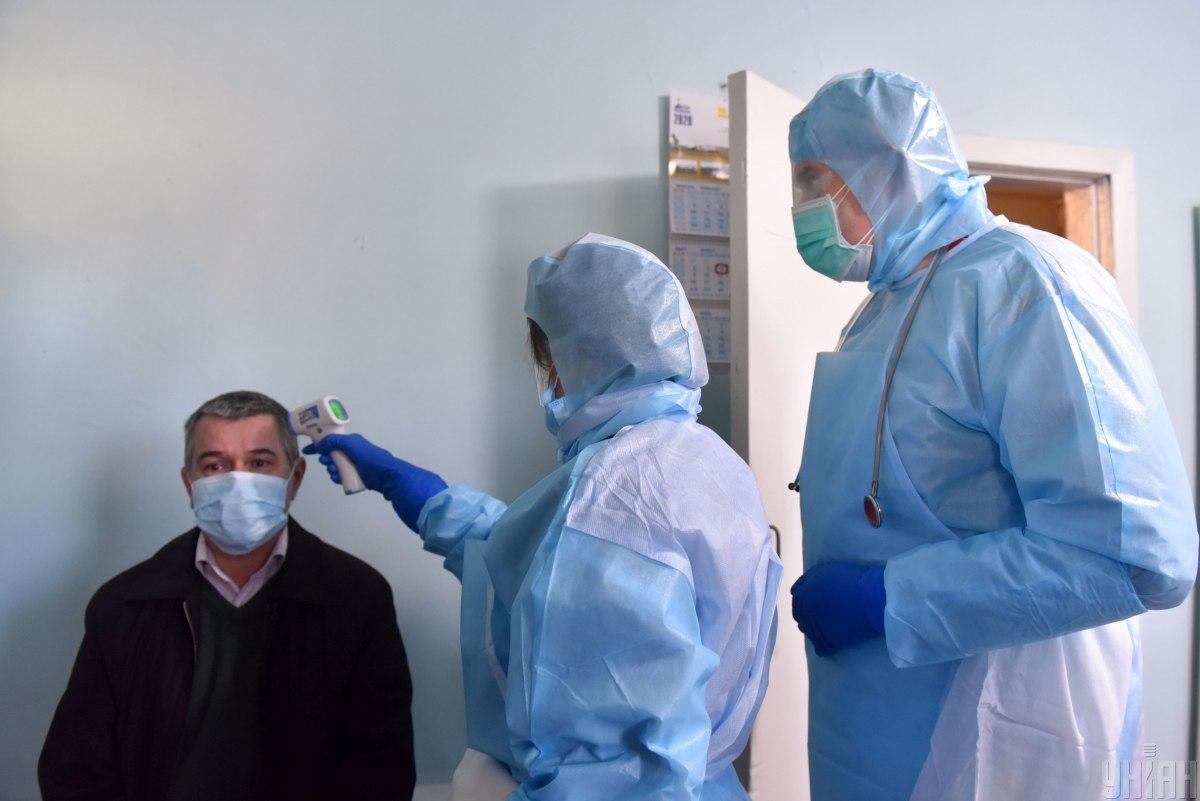 A breathing machine at a Ukrainian hospital breaks down, leaving a coronavirus patient gasping helplessly for air. Dr. Olha Kobevko rushes from room to room to see if there is an electrician among her other patients who can fix it. Eventually, she figures out a way to get the device working again on her own.

"We are like in a war situation here, like on a front line!" she exclaims in despair, according to The Associated Press (AP).

Kobevko, 37, is the only infectious disease specialist at the infection division of a hospital in the western city of Chernivtsi that is supposed to accommodate 60 patients but now holds about 100.

The deplorable conditions – broken or substandard equipment, a lack of drugs, low wages – reflects the meltdown of Ukraine's health care system, which has been quickly overwhelmed by the coronavirus pandemic even with the country's relatively low number of cases.

Ukraine's corruption-plagued economy has been weakened by six years of war with Russia-backed terrorists in the east. President Volodymyr Zelensky's year-old administration inherited an underfunded health care system that was further crippled by a reform launched by his predecessor that drastically cut state subsidies.

It has left Ukraine's hospitals without vital equipment. The infectious disease wing of the main regional hospital in Chernivtsi was built more than a century ago when the city was still part of the Austro-Hungarian Empire, and it lacks a centralized oxygen supply system that is standard in any modern clinic.

The hospital's oxygen supply system is located in just one room, and nurses have to manually refill bags they call "oxygen pillows" every few minutes and carry them to patients elsewhere.

"A patient would beg, 'Air, air, give me air!' and there is nothing you can do," Kobevko said. "You just keep squeezing the bag, unable to save a life. That is the most painful thing, and it costs very little to secure centralized oxygen supply."

The sound of coughs muffled by oxygen masks mixes with the squeaking of medical equipment in the hospital's old building as nurses rush through dimly lit corridors to change the oxygen bags. The air smells of ozone from the ultraviolet lamps used to disinfect the wards.

The critically ill are moved to a separate building that has a few ventilators, but it's also filled beyond capacity and cannot always accept new patients, even those in serious condition.

Read alsoNumber of confirmed coronavirus cases in Ukraine exceeds 18,600 on May 18

Ukraine has 18,616 confirmed coronavirus cases, with 535 deaths. Chernivtsi has 2,713 of those infections, a hot spot of contagion, along with another western city, Ivano-Frankivsk, 100 kilometers (60 miles) away, and the capital, Kyiv. Thousands of Ukrainians who had temporary jobs in Italy, Spain and other European countries returned home amid the pandemic and some carried the infection with them.

In the hospital's kitchen, workers nap on mattresses. But ambulance crews soon arrive with more patients, giving them little chance to sleep, even after an exhausting tour of duty.

Svetlana Padynich is a medic on an ambulance crew that brings in COVID-19 patients during her 12-hour shifts.

Lately, workers on the crews have been falling ill. A week ago, one died of pneumonia caused by the virus. Another four medics at her station also have come down with pneumonia but are in stable condition.

"We are experiencing a staff shortage," said Padynich, 42. "Half of ambulance personnel have gotten sick and those who remained have to carry a colossal load."

Padynich wears an FFP2 mask, which offers some but not complete protection, and she wears another medical mask underneath it.

"I understand that I'm taking high risks, but someone needs to work," she said.

Protective gear is in short supply, with most of it coming from private donors. Deliveries have been irregular.

"I worry about my safety," Padynich said. "I'm afraid of getting sick, but I fear infecting my family with COVID-19 even more."

Because of that, she says she has not seen her mother since the start of the outbreak.

Medical workers account for about a fifth of all coronavirus cases in Ukraine, with more than 50 getting infected daily.

Aware of the weaknesses in the health care system, the government ordered a strict lockdown on March 12, including closing most enterprises. But under pressure from desperate farmers, businessmen and others, it eased the restrictions May 11, allowing some stores, hair salons, beauty parlors and other ventures to reopen.

Doctors fear that move could trigger a new wave of contagion.

"If we end the quarantine and leave the health care system in the same shape, it will bring a disaster," Kobevko said.

If you see a spelling error on our site, select it and press Ctrl+Enter
Tags:News of UkraineUkrainehospitalhealthcaredoctorsChernivtsicoronavirusCOVID19