The Committee recommends that the Parliament increase liability for such deliberate fake reporting of a "threat to public safety". 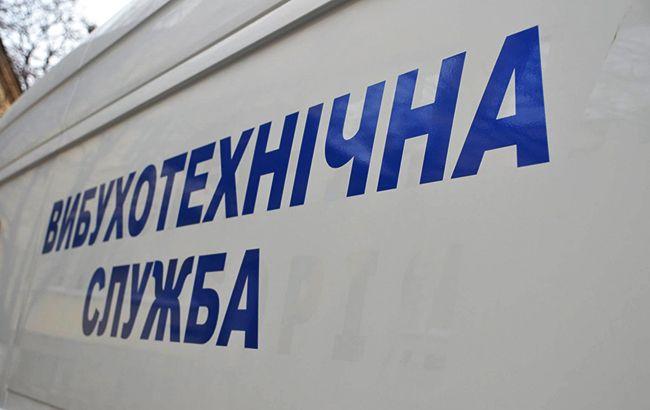 The Parliamentary Committee on Law Enforcement Affairs has invited the Verkhovna Rada to pass legislation envisaging tougher punishment for fake reporting of bomb threats at public transport and other critical infrastructure.

The draft in question is Bill "On Amendments to Article 259 of the Criminal Code of Ukraine regarding the strengthening of liability for a deliberately false reporting of a threat to public safety" (No 3911), the parliament's press service reported on Facebook.

Besides the existing norm providing for 2-6 years in prison for perpetrators, confiscation of property could be introduced. In case of a repeated offense or if critical infrastructure, government offices, healthcare, and education facilities are targeted in the hoax call, culprits could be facing four to eight years behind bars, also with possible confiscation of property.

Read alsoRussia's FSB digging up dirt on Ukraine's intelligence chief (Wiretap records)Also, Article 259 of the Criminal Code of Ukraine is supplemented with a memo defining the term "critical infrastructure facilities": such facilities include enterprises, institutions and organizations, regardless of their form of ownership (whose operations are directly related to technological processes and/or provision of services) that are of great importance for the economy and industry, as well as for public safety.

On this occasion, National Police data are cited: in the first quarter of 2020 alone, 213 cases were opened under Article 259 of the Criminal Code of Ukraine, and the numbers are growing. At the same time, hoax calls have gotten more complicated as perpetrators report "'threats" at multiple critical locations simultaneously.

"Disabling or disrupting the functioning of such [critical] facilities could affect national security and defense of Ukraine, as well as the environment, cause property damage, and pose a threat to human lives and health. Law enforcement are forced to respond to each such report, attracting special equipment and personnel in significant numbers, distracting them from performing basic formal tasks," the National Police said.

On November 4, the Verkhovna Rada of Ukraine adopted the bill at first reading.