A contract for the purchase of 126 square meters from a Russian citizen was signed in July 2018. 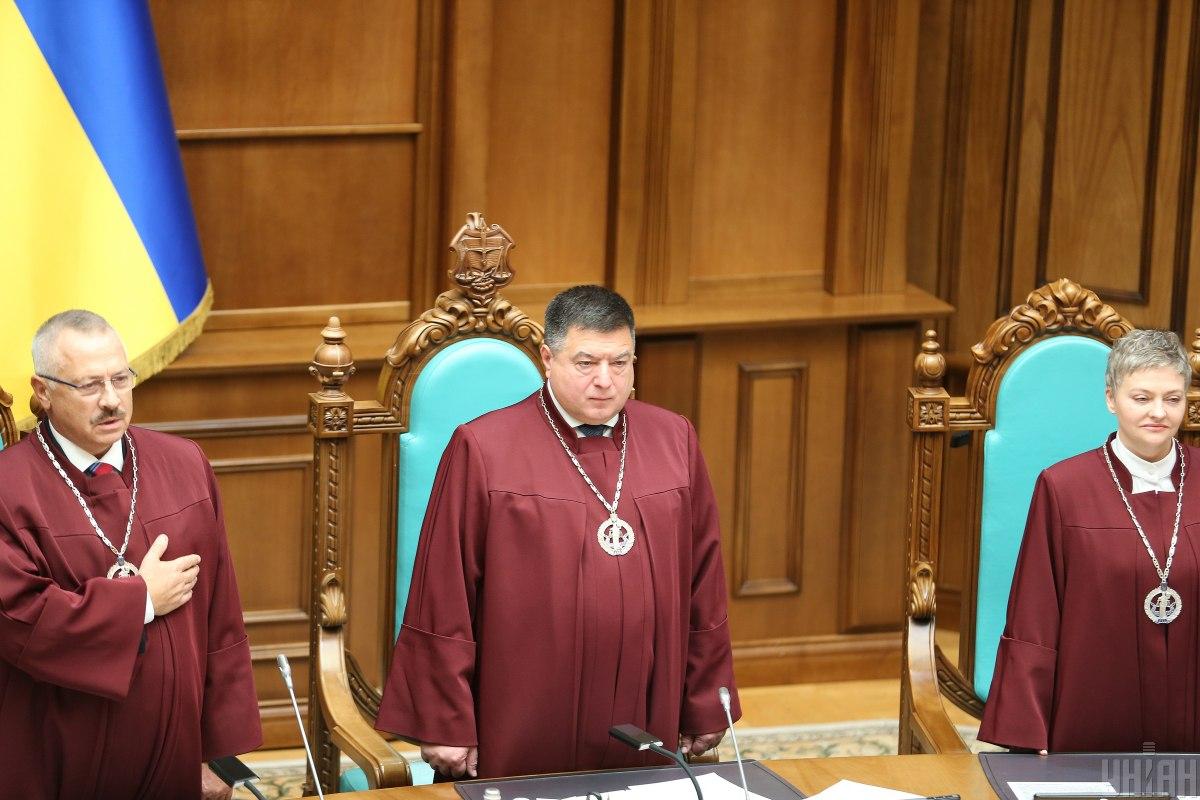 Chairman of the Constitutional Court of Ukraine (CCU) Oleksandr Tupytsky did not include in his assets declaration a land plot in the village of Koreiz in Russia-occupied Crimea, which he bought under Russian law in 2018.

This was reported by journalists of the Skhemy (Schemes) program.

Tupytsky owned an estate and land in Koreiz near Yalta even before the occupation of Crimea. But in 2018, he expanded his ownership, having registered another plot near the house in his ownership. This is evidenced by an official document received by Schemes from the Unified State Register of Real Estate of the Russian Federation.

In July 2018, Tupytsky (at that time he was deputy chairman of the CCU) signed an agreement for the purchase of land whose area is 126 square meters from Russian citizen Vladimir Rysyatov. But Tupytsky's income declarations neither for 2018 nor for 2019 mention the purchase. 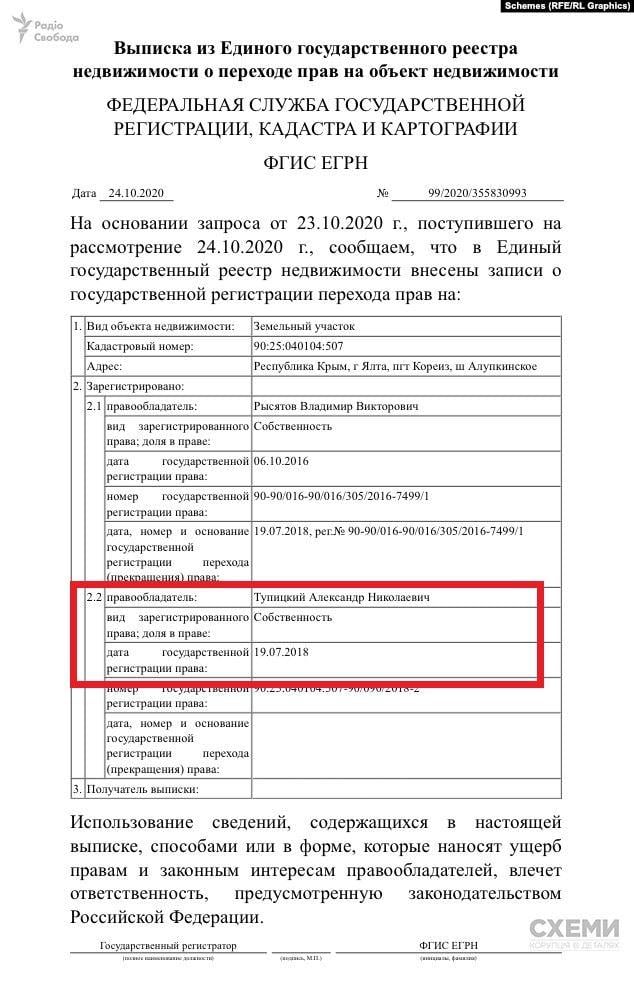 In addition, the contract for the sale and purchase of land in the Crimea was drawn up by Tupytsky according to the legislation of the Russian Federation, it was certified by the Federal Service for State Registration, Cadastre and Cartography of Russia.

However, according to lawyers, there are legal restrictions for Ukrainian officials on interaction with unlawful bodies created in the temporarily occupied territory.

Schemes tracked down the seller of the plot. Vladimir Rysyatov said that Tupytsky is his neighbor in Koreiz, as their villas are located nearby. "The borders of the plots were drawn up incorrectly," Rysyatov said. And he explained that he and Tupytsky had agreed to conclude a formal sale and purchase transaction under Russian law, although in fact "there was no sale." 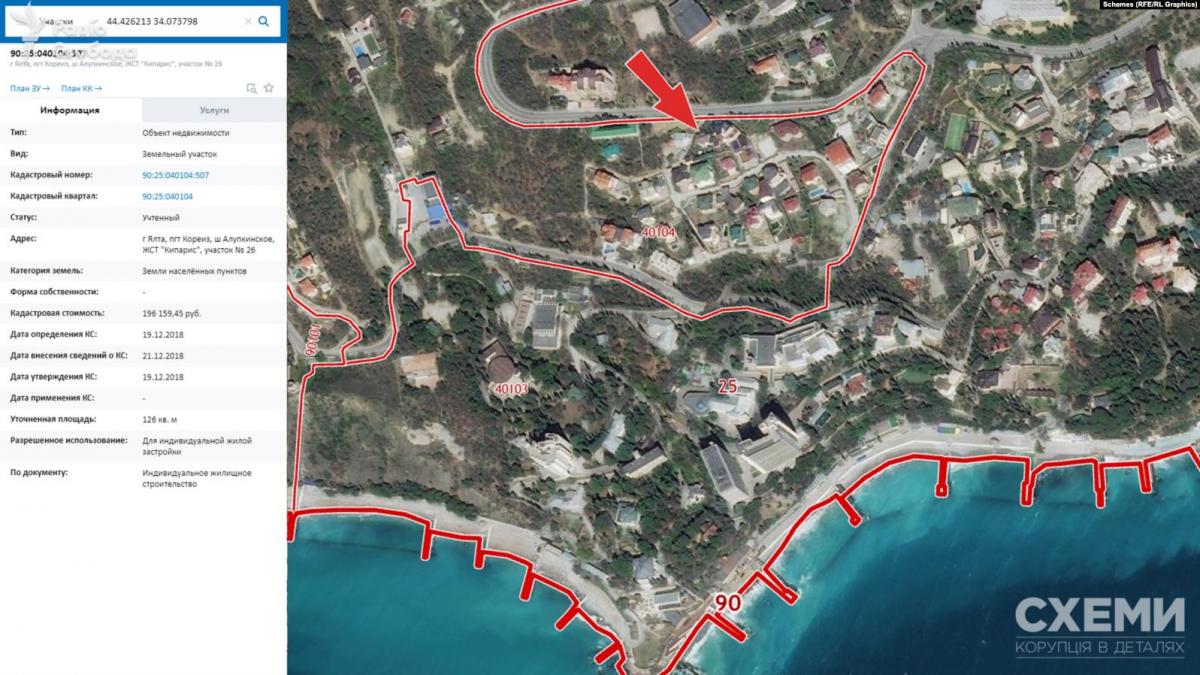 At the same time, lawyers explain that if a judge received land in his or her ownership from another person for free, according to Ukraine's anti-corruption legislation, this can be interpreted as an illegal gift. 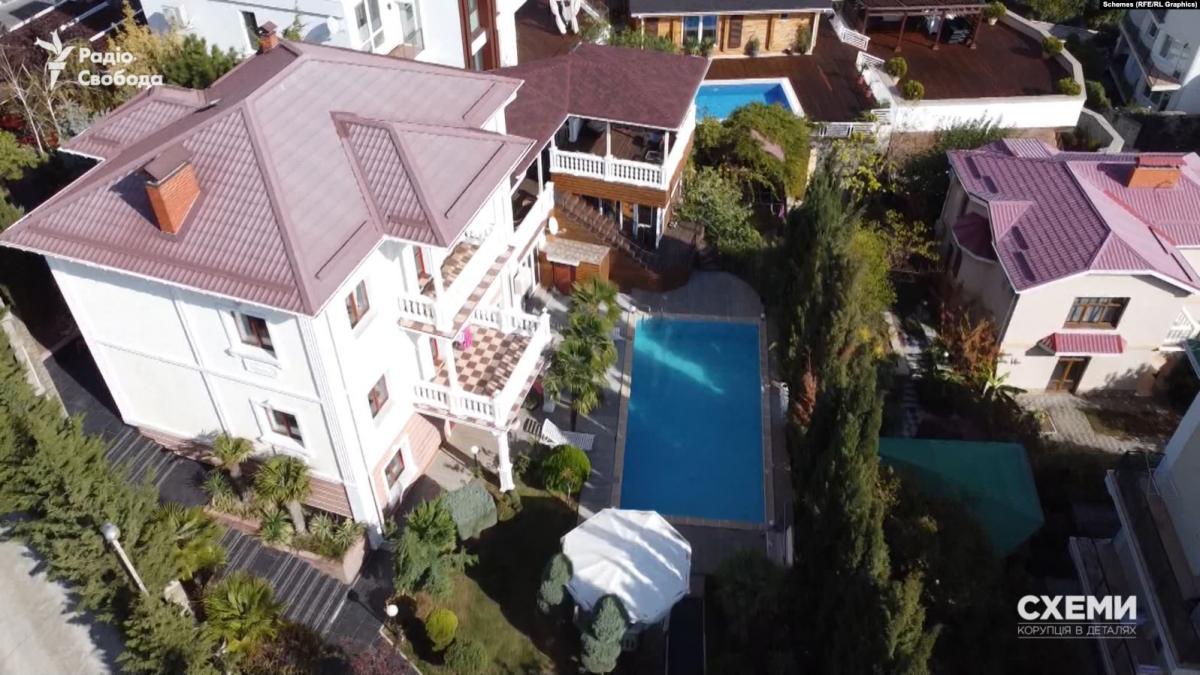 Director of the Status real estate agency in Russia-occupied Yalta Eduard Kiss estimates the market value of one hundred square meters of land in Koreiz ranges from US$5,000 to US$15,000.