U.S. Embassy in Kyiv concerned by detentions of Crimean Tatars on July 7 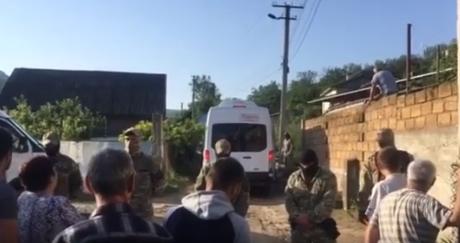 The U.S. Embassy in Kyiv says it is deeply concerned by the reported searches and detentions of Crimean Tatars on July 7.

"We are deeply concerned by the reported searches and detentions of Crimean Tatars this morning. Russia has no right to harass and detain Ukrainians on Ukrainian soil. Russia must free all Ukrainian political prisoners. Crimea is Ukraine," the embassy said on Twitter.

As reported earlier, at least six Crimean Tatars were detained by the Russian occupying authorities after searches on the morning of July 7.

If you see a spelling error on our site, select it and press Ctrl+Enter
Tags:News of UkraineUkrainedetentionCrimeanTatarssearchesoccupiedCrimeaUSEmbassyRussianOccupation