Ukrainians are offered to check their spelling skills in an online test. 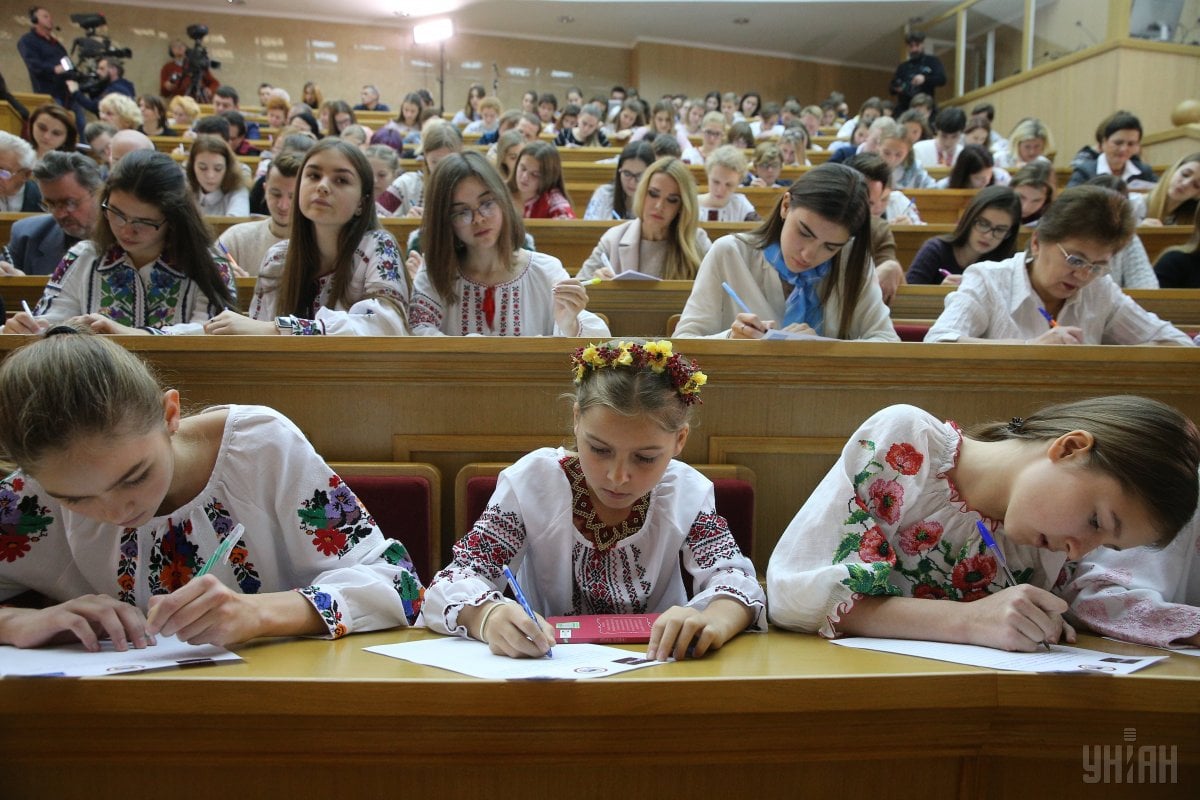 The Ministry of Education and Science has noted that the government ensures the all-round development and functioning of the Ukrainian language in all spheres of public life throughout Ukraine, including as language of command at school acting Minister Serhiy Shkarlet wrote on Telegram.

"Every year on November 9, we celebrate Day of Ukrainian Writing and Language. Language is the most important means of communication for gaining education and a key component in people's intellectual development," the official wrote.

The head of the Ministry of Education noted that it has already become an annual tradition that on this day, hundreds of thousands of citizens take part in the All-Ukrainian Radio Dictation of National Unity.

Video of the class on Ukrainian writing

Today is no exception as a number of radio stations aired the dictation live across the country. Anyone willing to have their spelling checked by professionals is invited to file their handwritten works at  rd@ukr.radio until the end of the day on November 10.

The correct text of the dictation will be published on November 11.

"Let's take care of the most precious treasure of our people and speak Ukrainian," he summed up.