Law enforcers have pressed charges against the suspect. 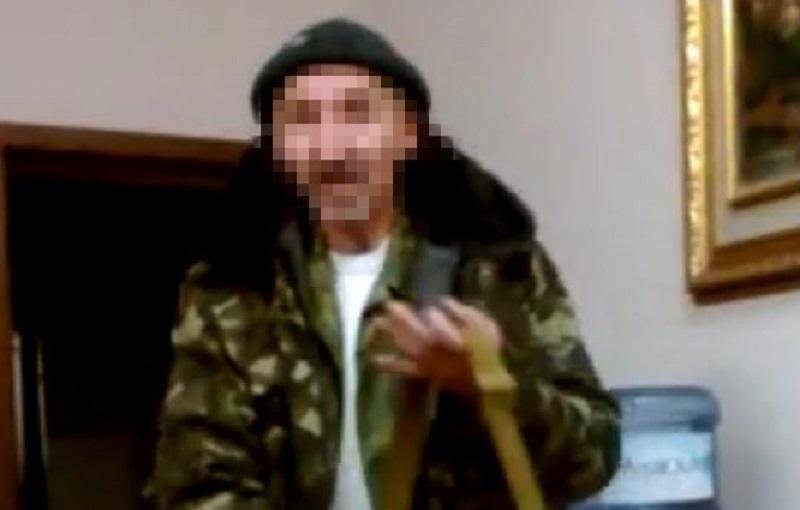 Operatives with the SBU Security Service of Ukraine have nabbed a former member of illegal armed formations of the "Luhansk People's Republic" ("LPR") terrorist organization who participated in the seizure of administrative buildings in the town of Severodonetsk in 2014.

According to the preliminary investigation, the suspect joined the illegal armed formations in April 2014. It was established he was involved in the storming of the SBU head office in Luhansk region. Later, as part of "Dremov's Group," he partook in seizing executive buildings in Severodonetsk. In addition, the man assisted one of the subversive groups, whose members had been plotting terrorist attacks in Severodonetsk on Independence Day in 2014. Since the city was liberated from occupation forces, he has been on the run, the SBU said on its website.

Read alsoLocal elections in Ukraine: SBU vows to ensure safety of automated systemsThe terrorist has been served with charge papers under Part 2 of Article 260 (participation in armed formations proscribed by law) of the Criminal Code of Ukraine.

His complicity in other crimes committed by terrorist groups in Luhansk region is being verified.

If found guilty, he may face up to eight years in prison with confiscation of property.

If you see a spelling error on our site, select it and press Ctrl+Enter
Tags:News of UkrainewarDonbasSBURussianAggressionterroristarrest