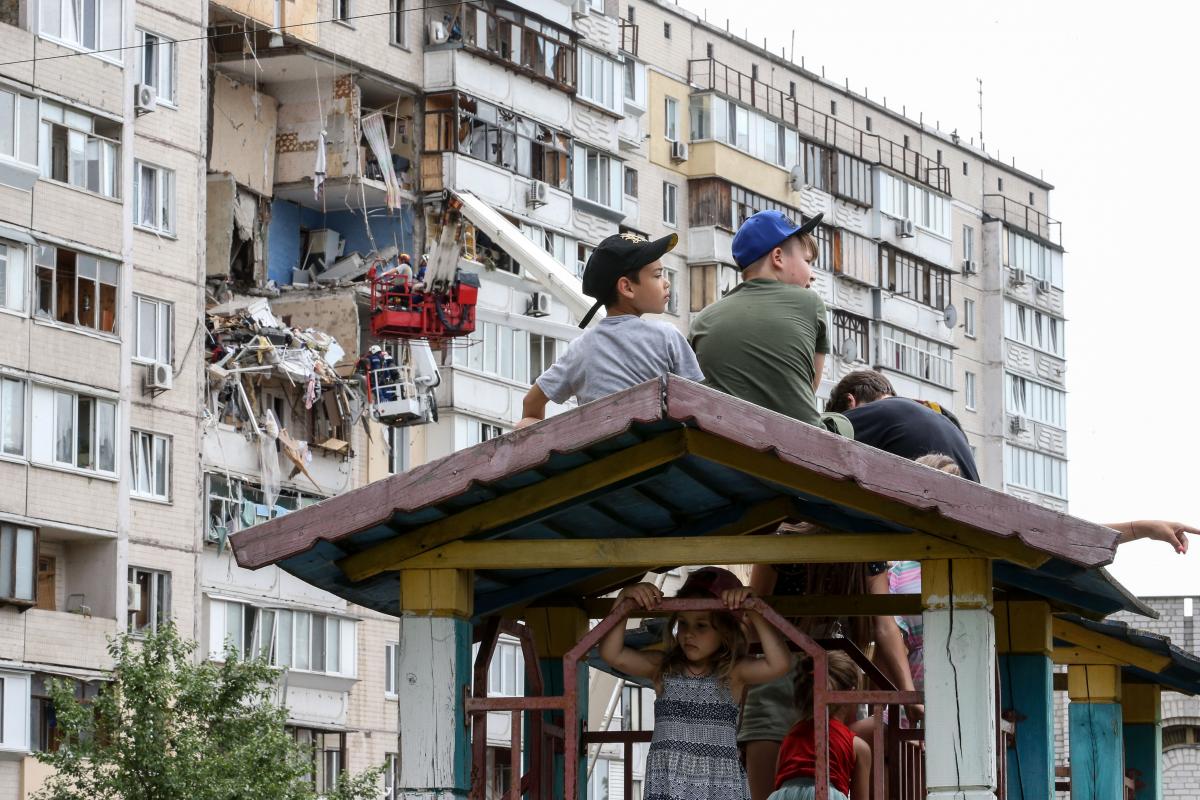 The apartment block was destroyed on June 21 / Photo from UNIAN

Ukrainian President Volodymyr Zelensky is monitoring fast-track purchases of apartments for all victims who have suffered from a recent explosion of a residential building in Kyiv's Darnytsky district.

He constantly monitors updates on this subject, the presidential press service said on June 23.

In addition, Zelensky and the government discussed support for victims who are currently suffering from floods and heavy rainfall in Ukraine's west, and set the task of sending humanitarian aid to the affected regions.

As UNIAN reported, several apartments in a ten-storied apartment block at 1/5 Solomii Krushelnytskoi Street in Kyiv's Darnytsky district were damaged by an explosion at about 10:00 a.m. on Sunday, June 21. The explosion destroyed interfloor structures between the fourth and eighth floors.

Ukraine's State Emergency Service said all residents of the destroyed apartment block had been identified.