Both teams' hopes of reaching the knockout rounds were long gone in a group also featuring Barcelona and Juventus. 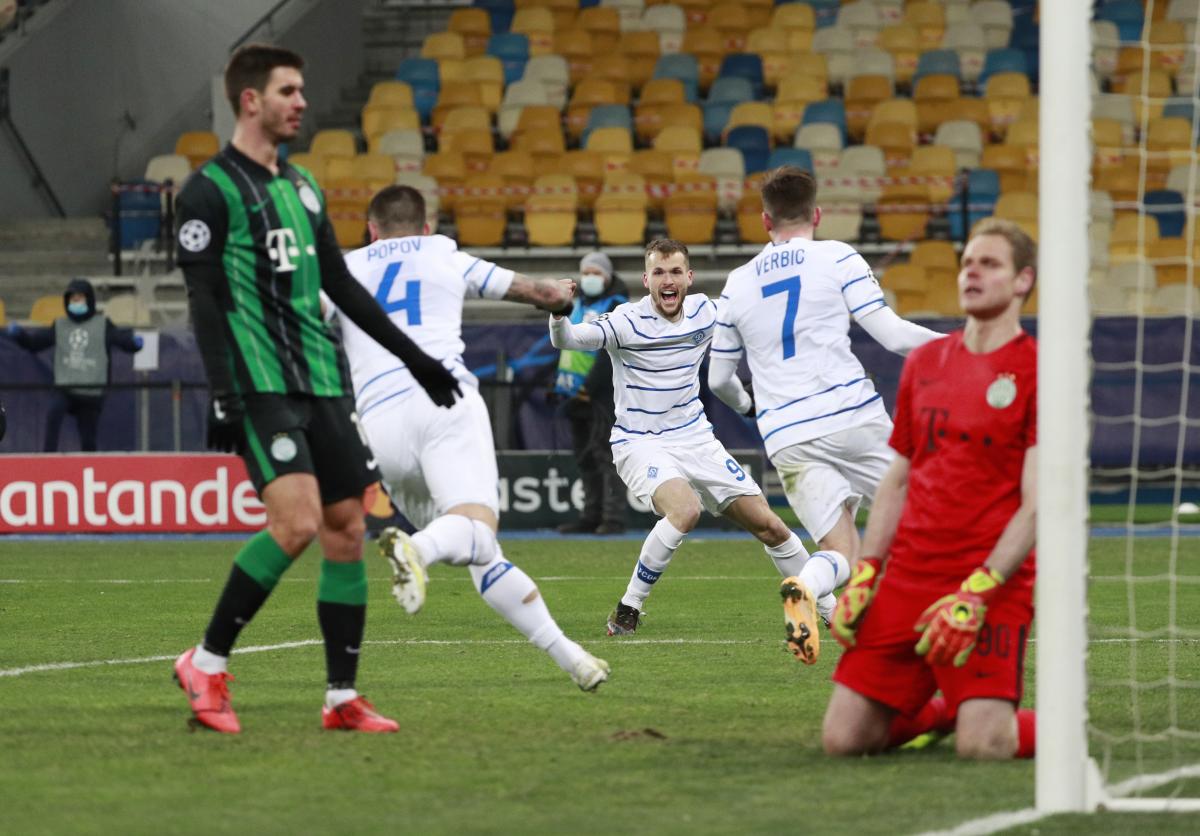 Denys Popov headed the only goal of the game as Dynamo Kyiv secured a spot in the Europa League knockout stage by beating Ferencvaros 1-0 in their last Champions League group game on Tuesday.

On a freezing night in the Ukrainian capital, center-back Popov beat his marker to head in a free kick from Carlos de Pena in the 60th minute and secure third place for his team in Group G, as reported by The Associated Press.

Both teams' hopes of reaching the knockout rounds were long gone in a group also featuring Barcelona and Juventus.

Read alsoUEFA appeals committee counts Ukraine's technical defeat for match against SwitzerlandThe referee opted against giving Ferencvaros a penalty early on after the ball struck captain Serhiy Sydorchuk's hand in the area, apparently ruling his arm was in a natural position by his side. Neither team recorded a shot on goal until the 55th when Ferencvaros forward Tokmac Nguen burst into the penalty area and fired straight at the goalkeeper.

There were no fans in the stadium. Dynamo had nearly 15,000 supporters for its opening group stage home game against Juventus. None were allowed for the following games against Barcelona and Ferencvaros as coronavirus case numbers in Ukraine soared.

Juventus beat Barcelona 3-0 in the other game in Group G to secure first place.