Thirteen citizens of Moldova and four citizens of Bulgaria were also evacuated along with the Ukrainians. 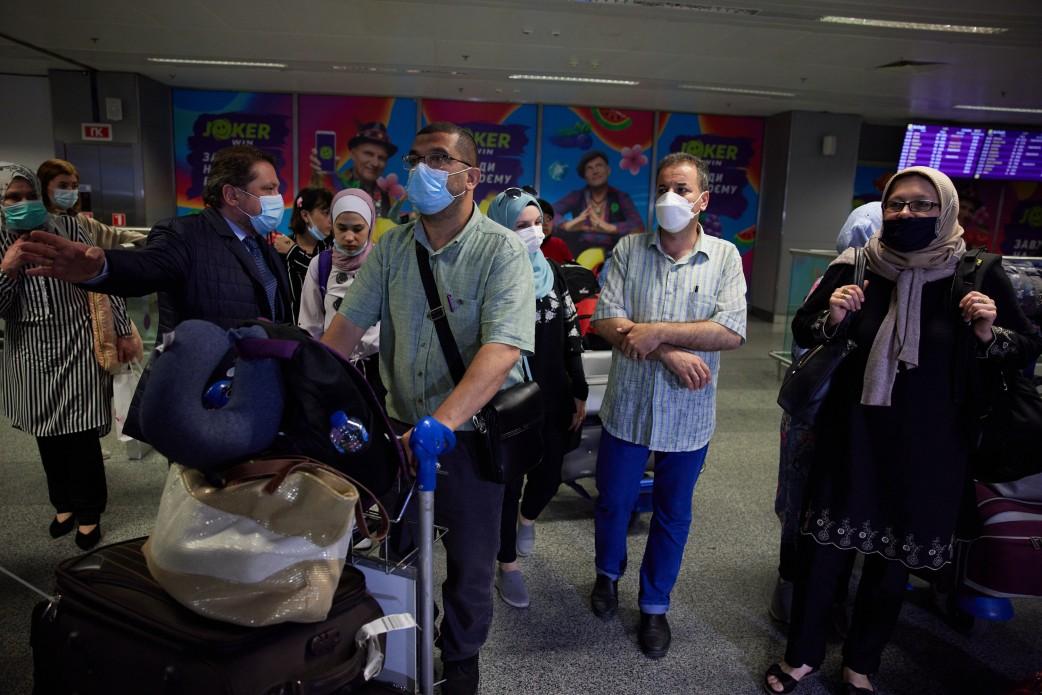 Some 109 Ukrainians repatriated from Gaza Strip / Photo from president.gov.ua

Some 109 Ukrainians have been repatriated from the Gaza Strip and returned home.

The plane landed in the capital city of Kyiv on Thursday morning, as reported by the presidential press service.

Read alsoUkraine starts repatriating its citizens from Gaza Strip (Video)Thirteen citizens of Moldova and four citizens of Bulgaria were also evacuated along with the Ukrainians.

"The safety of people is always a priority for Ukraine. Therefore, a passport with the blue-yellow flag is a guarantee that the state will not leave its citizen alone with trouble," the report says.

The humanitarian operation took place amid hostilities in the region. Ukraine's Foreign Ministry and diplomats conducted difficult negotiations to arrange the repatriation from the Gaza Strip. In close cooperation and coordination, the government's agencies ensured the safe return of the Ukrainians home.

According to Zelensky, Ukrainians may always count on their country's help, despite the situation in which they find themselves.