Handziuk murder: Suspects Manger, Levin to be held in custody until Oct 18

The two are being charged with ordering and organizing fatal acid attack on the Kherson activist. 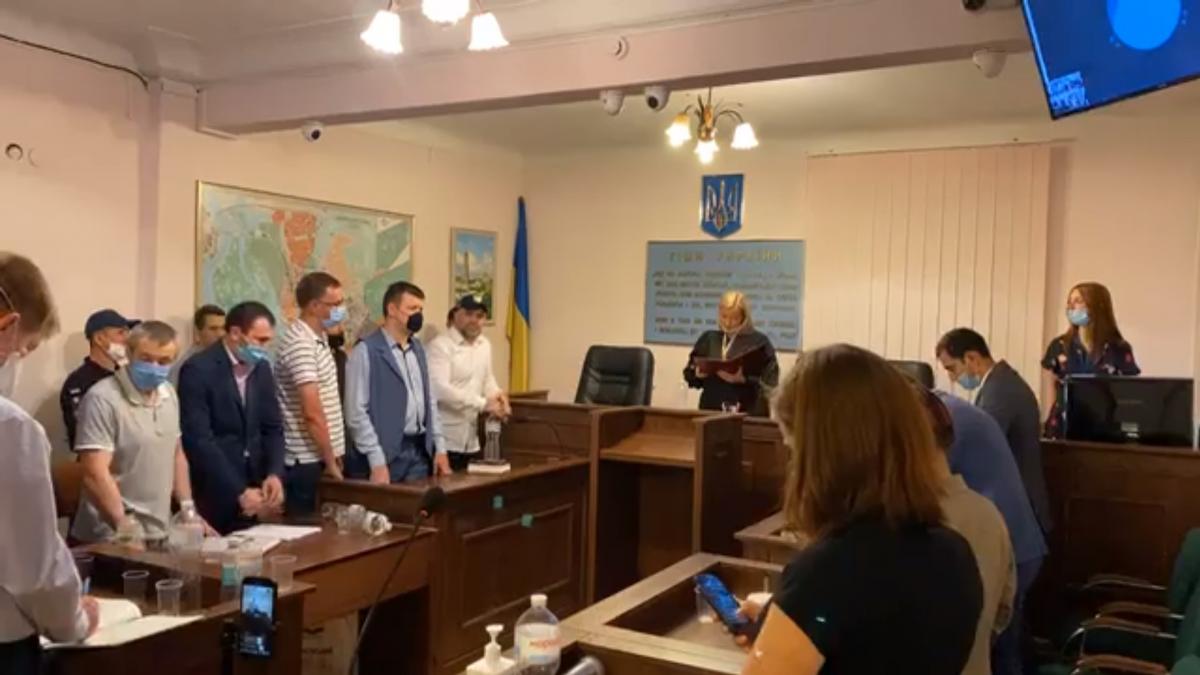 Kyiv's Dniprovsky District Court has ruled to remand in custody Chairman of Kherson Regional Council Vladyslav Manger and Oleksiy Levin, an aide to a member of the same council, until October 18 on charges of ordering and organizing a fatal acid attack on Kherson activist Kateryna Handziuk on July 31, 2018.

The relevant ruling was handed down by a judge during a court hearing on August 20, which was streamed via Facebook by lawyer Masi Nayyem.

By the court ruling, Manger and Levin were put into custody without the right to bail.

Read alsoVictim of Kherson acid attack activist Kateryna Handziuk diesKherson activist, advisor to the Mayor of Kherson and acting manager of affairs at Kherson City Council's executive committee Kateryna Handziuk, 33, on July 31, 2018, survived an acid attack. She suffered burns to more than 35% of her body and underwent 11 operations in Kyiv. Handziuk died on November 4, 2018.

On May 7, 2019, the Prosecutor General's Office forwarded to court an indictment against five defendants in the case of the murder: Mykyta Hrabchuk, Volodymyr Vasyanovych, Vyacheslav Vishnevsky, Serhiy Torbin, and Viktor Horbunov.

Read alsoUkraine's SBU completes probe into fatal acid attack on Kherson activist HandziukOleksiy Levin, who has a criminal record, as well as Chairman of Kherson Regional Council Vladyslav Manger and Ihor Pavlovsky, who was an assistant to MP Mykola Palamarchuk, are also suspects in the Handziuk murder case. Moreover, public activists believe that former Chairman of Kherson Regional State Administration Andriy Gordeev and former Deputy Chairman of Kherson Regional State Administration Yevhen Ryshchuk were involved in the crime. On January 27, Levin was taken into police custody in Bulgaria's Burgas for a 40-day term after detention on January 24. On February 22, the court of the city of Burgas (Bulgaria) ruled to extradite Levin to Ukraine. He was extradited on March 16 and Kyiv's Pechersky district court on March 17 ruled that he should be remanded in custody until April 2. On March 25, Kyiv's Shevchenkivsky district court extended the pretrial probe into the Handziuk case until July 29.

On July 28, prosecutors of the Prosecutor General's Office in Ukraine forwarded to court an indictment against Manger and Levin.