Chairman of Kherson Regional Council Vladyslav Manger is one of the suspects. 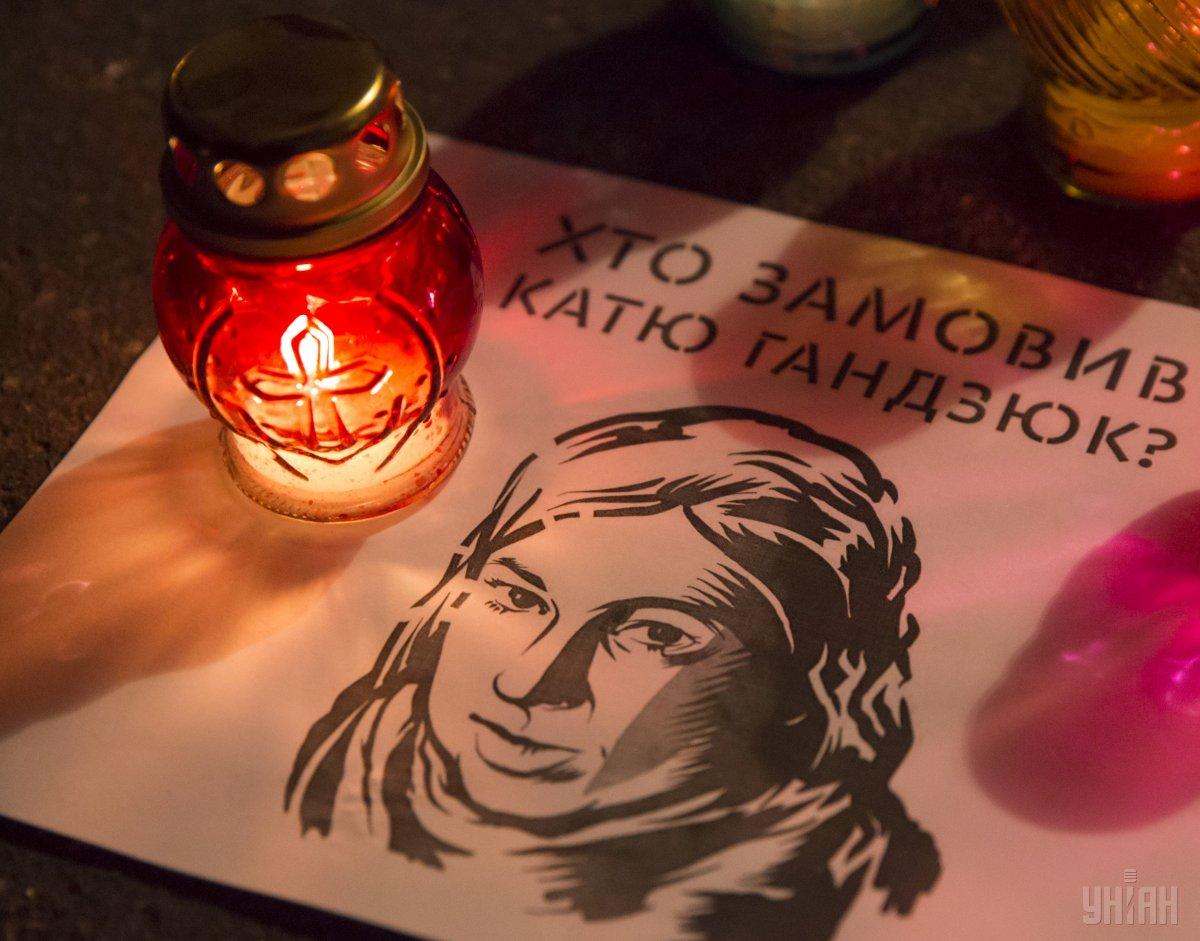 The Security Service of Ukraine (SBU) has reported it completed a pretrial investigation into a fatal acid attack on Kherson activist Kateryna Handziuk and materials of the case will be forwarded to court.

"All materials are ready, SBU employees professionally did their job and put together the evidence base that will make it possible to clearly prove the prosecutors' position in court," SBU chief Ivan Bakanov said, according to the SBU press service. "I hope this case will be considered as a priority one. Those who ordered and carried out the killing of Handziuk will face a proper punishment."

As per the investigation, Chairman of Kherson Regional Council Vladyslav Manger and Oleksiy Levin, an aide to a member of the same council, are suspected of ordering the crime, the SBU said.

"According to investigators, Manger is suspected of organizing serious bodily harm to Kateryna Handziuk by preliminary conspiracy with Levin, which led to her death. Manger and Levin are suspected of committing crimes under Part 3 of Article 27, Part 2 of Article 28 and Part 2 of Article 121 of the Criminal Code: SBU investigators informed the suspects, their lawyers, victims and their representatives about the completion of the pretrial investigation," the SBU said.

UNIAN memo. Kherson activist, advisor to the Mayor of Kherson and acting manager of affairs at Kherson City Council's executive committee Kateryna Handziuk, 33, on July 31, 2018, survived an acid attack. She suffered burns to more than 35% of her body and underwent 11 operations in Kyiv. Handziuk died on November 4, 2018. The immediate cause of her death was a severed blood clot resulting from the acid attack. Police originally qualified the attack as an attempted murder committed with extreme cruelty, then its status was changed to completed murder.

Six suspects were detained, one of whom, Mykola Novikov, was later released from custody as charges against him had been dropped. On May 7, 2019, the Prosecutor General's Office sent an indictment against five defendants in the case of the murder: Mykyta Hrabchuk, Volodymyr Vasyanovych, Vyacheslav Vishnevsky, Serhiy Torbin, and Viktor Horbunov. On June 6, 2019, the court announced their sentences. Torbin, the organizer of the murder, was sentenced to six years and six months in prison. Hrabchuk, the actual perpetrator of the crime, was sentenced to six years in prison. Accused of aiding, Vasyanovych and Horbunov were sentenced to four and three years in prison, respectively; accomplice Vishnevsky's sentence is four years' imprisonment.

Oleksiy Levin, who has a criminal record, as well as Chairman of Kherson Regional Council Vladyslav Manger and Ihor Pavlovsky, who was an assistant to MP Mykola Palamarchuk, are also suspects in the Handziuk murder case.

On January 27, Levin was put into custody in Bulgaria's Burgas for a 40-day term after detention on January 24. On February 22, the court of the city of Burgas (Bulgaria) ruled to extradite Levin to Ukraine. He was extradited on March 16 and Kyiv's Pechersky district court on March 17 ruled to remand him in custody until April 2.

On March 25, Kyiv's Shevchenkivsky district court extended the pretrial probe into the Handziuk case until July 29.