A number of Telegram channels report on politics and spin the alleged insights and leaks from top offices. 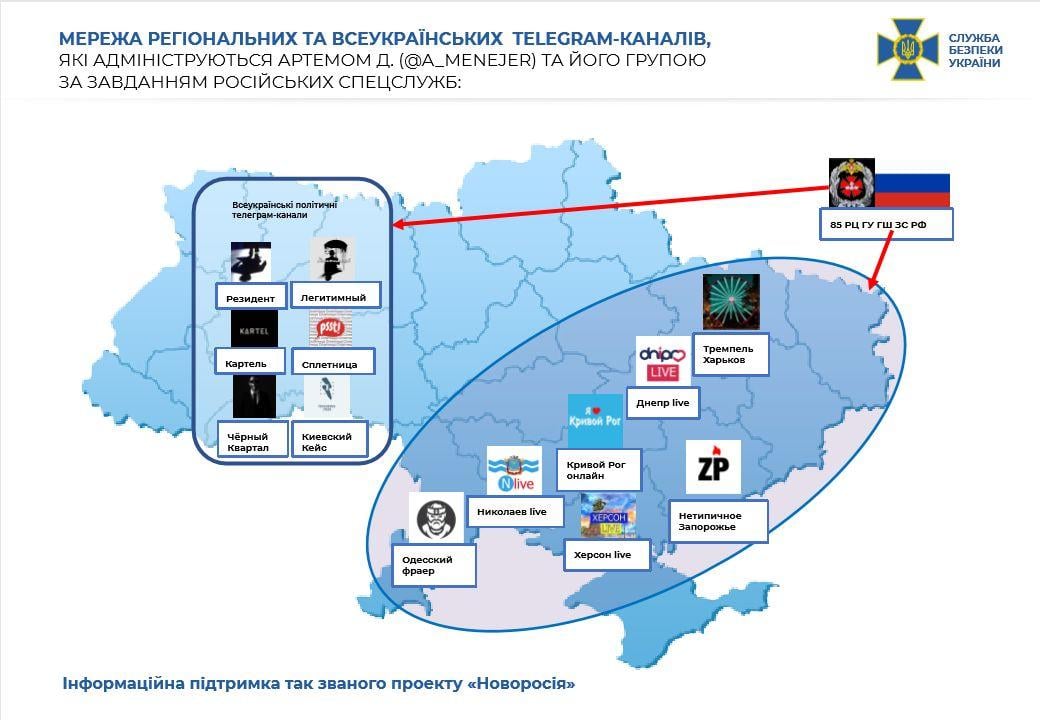 Cybersecurity experts with the SBU Security Service in Ukraine have exposed a massive Russian intelligence network that was engaged in a subversive activity supervised by Russian special services.

The assets hired by the Russian GRU ran a number of anonymous Telegram channels, which have gained prominence on the regional and national scales, the SBU reports.

The SBU press service says the aggressor state's intelligence has engaged Ukrainian citizens in setting up and running a number of Telegram channels reporting on politics and spinning the alleged insights and leaks from top offices.

The investigation says the asset network was set up by the so-called 85th Main Center of the Special Service at the Main Directorate of the General Staff of the Russian Armed Forces of the Russian Federation (or at what's commonly known as the GRU). It had employed residents of Kharkiv and Odesa, activists of the so-called "Russian spring". At the moment, the culprits work from Tiraspol in the Russian-controlled "Transnistrian Moldovan Republic". 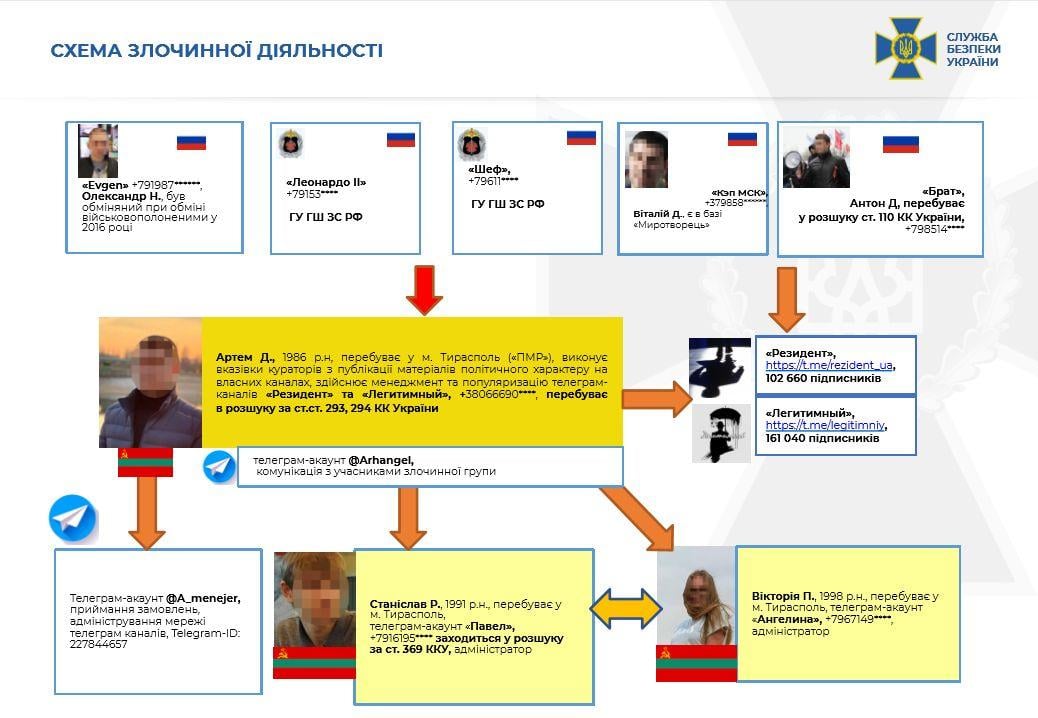 It has been established that the "main manager" of the agent network is an Odessa citizen, one of the organizers of the Odessa "Anti-Maidan". Now he is wanted under several articles of the Criminal Code of Ukraine.

It is noted that the perpetrator personally administers 12 Telegram channels, being in contact with those ordering circulation of certain materials, reporting to the Russian handlers about the work done and coordinating publication of ordered messages. Clients were charged from several hundred hryvnias for placing publications on regional Telegram channels and up to 30,000 hryvnias – for all-Ukrainian channels.

Read alsoSBU busts Russian-controlled network of propaganda assetsThe SBU has already identified 50 clients who paid for their material to be published.

Linguistic and psychology experts have concluded that the messages circulated on Telegram channels in question were aimed at "sowing panic, aggravating and destabilizing the socio-political and socio-economic situation. The culprits' key objective was to compromise state authorities, influence state policies, artificially create public tension and protest moods among citizens," the statement says.

SBU operatives have arrested in Kyiv a Ukrainian national, one of the key assets used in the distribution of destructive content. The suspect, along with another member of the Russian network, has been formally charged with high treason.

The investigation is verifying information on the possible gathering by the perpetrators of state secrets in the interests of Russian intelligence.

Also, high treason charges were put forward against the asset network leader, who has been hiding from the investigation beyond Ukraine's borders. The person has been put on wanted list.

What's important is that back in July 2020, a comprehensive report by Texty.org on the influence that the Telegram channels exert on Ukrainian legislators revealed that the MPs with the ruling Servant of the People faction in the Verkhovna Rada regularly read news from a number of Telegram channels, among which at least two – Lehitymny and Resident – have turned out to be supervised by the Russian GRU.