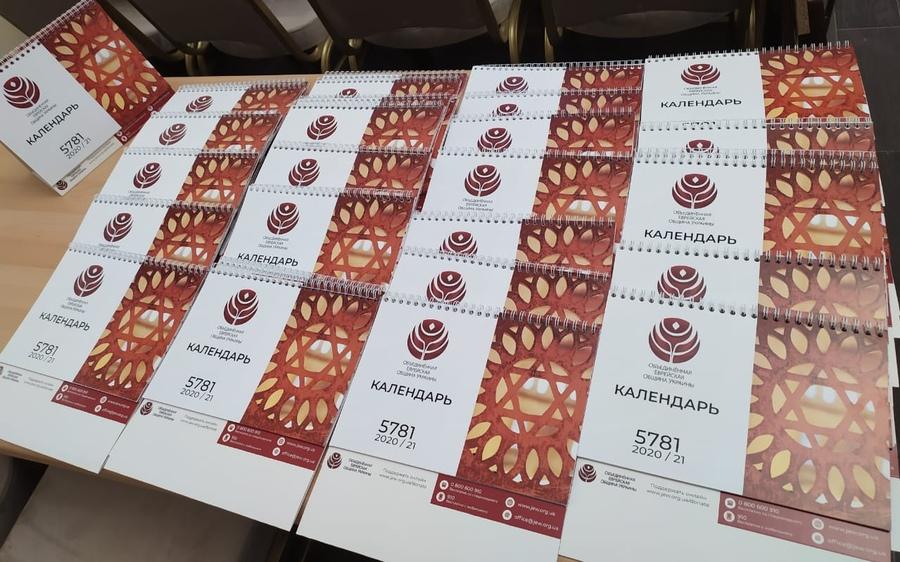 The UNIAN correspondent was informed about this at the UJCU.

The United Jewish Community of Ukraine sent 17,000 calendars for 5781 to the Jews of Ukraine absolutely free of charge.

Read alsoJewish Сommunity of Ukraine appeals to interior minister Avakov to secure Hasidic pilgrimsThe calendars were sent to Jewish communities and organisations from the UJCU, as well as to partner organisations.

It is worth noting that UJCU also sent calendars at the request of those who wish (applications from individuals who are not members of the UJCU communities were accepted until September 6).

By the way, about the fact that the Jews of Ukraine will receive calendars for the year 5781, UJCU announced on August 14, and already on August 21, the first batch was sent, which included 8 thousand Jewish calendars.

As reported in the United Jewish Community of Ukraine, distribution of calendars on the eve of Rosh Hashanah has been taking place for the second year in a row. In 2019, UJCU distributed 12,000 Jewish calendars for free.