The book is one of the last editions released during the author's lifetime. 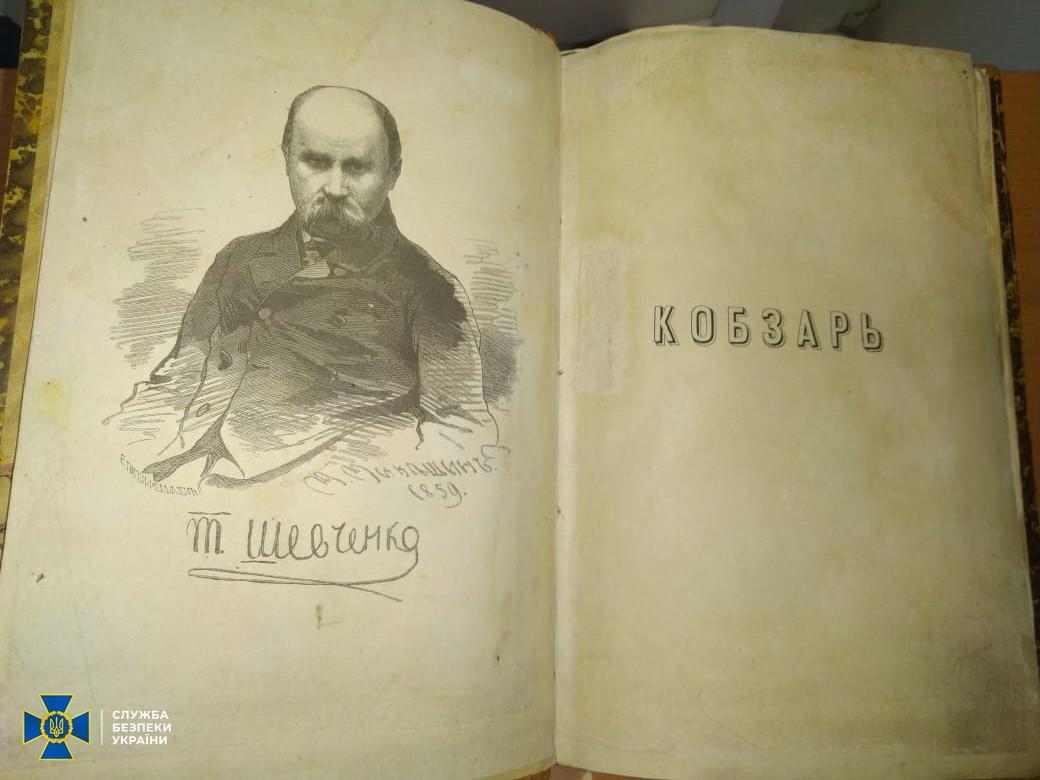 The SBU Security Service of Ukraine has prevented a unique lifetime edition of Kobzar, penned by a globally-acclaimed Ukrainian poet Taras Shevchenko, from being smuggled out of the country.

According to preliminary information, a Kyiv-based intermediary who was acting on behalf of European clients was the one to have plotted the illegal shipment, as reported by the SBU's press center.

"He hired a courier who was supposed to take the rare book out through the Yahodyn border checkpoint. SBU officers and investigators found a collection of Kobzar poetry publications by Taras Shevchenko dated 1860 concealed from customs control in the courier's luggage," reads the statement.

Tentative expert conclusions say the book is one of the author's last lifetime publications. It may cost over US$50,000 if sold at European auctions.

There are only eight copies of the edition left in Ukraine, as per official data.

They are considered cultural and historical heritage.

All evidence seized will be sent for further examination.

Once the examination is completed, the rare book may be transferred to Ukraine's Museum Fund.

If you see a spelling error on our site, select it and press Ctrl+Enter
Tags:News of UkraineSBUsmugglingKobzar