Embassies of more than 20 countries "concerned" about intolerance, discrimination, attacks on LGBTIQ activists

"There is no place for violence, discrimination and inequality in today's democratic Ukraine," diplomats stress. 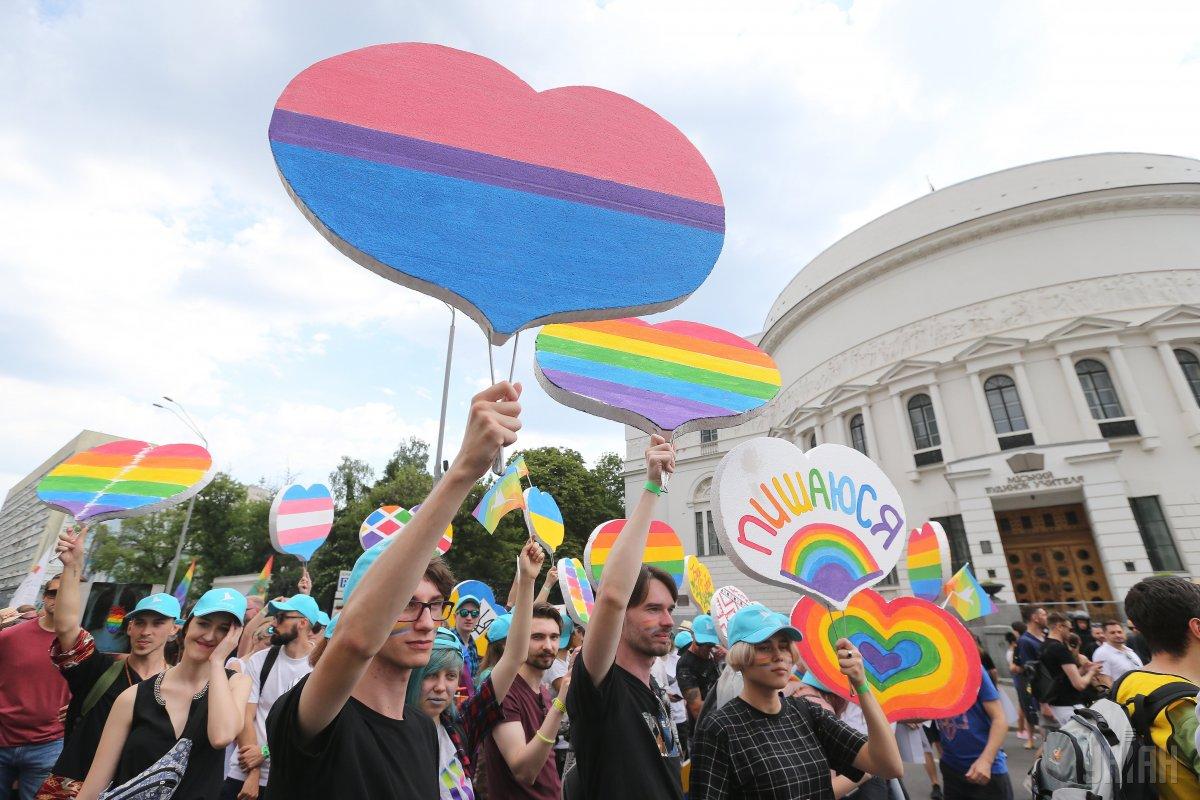 The diplomats from over 20 countries say they are "proud to reaffirm our commitment to the protection of human rights and promotion of equality for all, including the right to non-discrimination and the right to peaceful assembly."

"We also recognise that tolerance and respect for diversity are fundamental in open, democratic societies," reads a joint statement on the International Day against Homophobia, Transphobia and Biphobia, shared by over 20 embassies in Ukraine and released by the Embassy of Canada.

"There is no place for violence, discrimination and inequality in today's democratic Ukraine," diplomats stress.

The international community in Ukraine, the statement says, remains committed to the protection and safeguarding of equal rights for the Lesbian, Gay, Bisexual, Transgender, Intersex and Queer (LGBTIQ) Ukrainians, their friends, families, and all advocates for tolerance and equality in Ukraine.

"Ukraine has made notable progress in recognizing and protecting human rights, but this work remains unfinished," the statement reads. "We are concerned by ongoing reports from human rights defenders about cases of intolerance, discrimination and attacks on LGBTIQ activists and the lack of accountability for these crimes."

It is also noted that the global COVID19 pandemic has seen an increase in cases of intolerance and human rights violations, and LGBTIQ individuals "are among the most vulnerable victims of discrimination and violence."

"We note that the reform of the National Police has shown positive tendencies in respecting human rights while protecting law and order in Ukraine; however, continued comprehensive reforms within the law-enforcement and judicial systems are necessary to provide everyone with a sense of safety, fairness and justice. We urge the Ukrainian authorities to pursue the reforms and to provide equal rights and opportunities to all without discrimination," diplomats wrote.

"We welcome the recent approval of a new version of the National Human Rights Strategy; however, we continue to call on Ukraine to fully implement this Strategy and Action Plan, including by taking additional steps to provide comprehensive anti-discrimination measures for LGBTIQ persons. We are also following closely the progress of amendments to Ukraine’s criminal code to expand the definition of hate crime to include crimes based on gender identity and sexual orientation. Ukraine can continue to count on the support of the international community in achieving these goals," the joint statement says.

The statement recalls that in the upcoming months, LGBTIQ organizations across Ukraine are planning numerous events "to promote and celebrate equality for all."

Read alsoOmbudsperson's envoy Viacheslav Petliovany: In Russian prisons, Ukrainians are held in cages, put on their knees, fed psychotropic drugs"The international community will continue to support these initiatives, and we call on law enforcement and all Ukrainians to ensure that these events are conducted in a peaceful manner," the statement concludes.

If you see a spelling error on our site, select it and press Ctrl+Enter
Tags:News of UkraineLGBTI