This way, the exact time of accident was clarified. 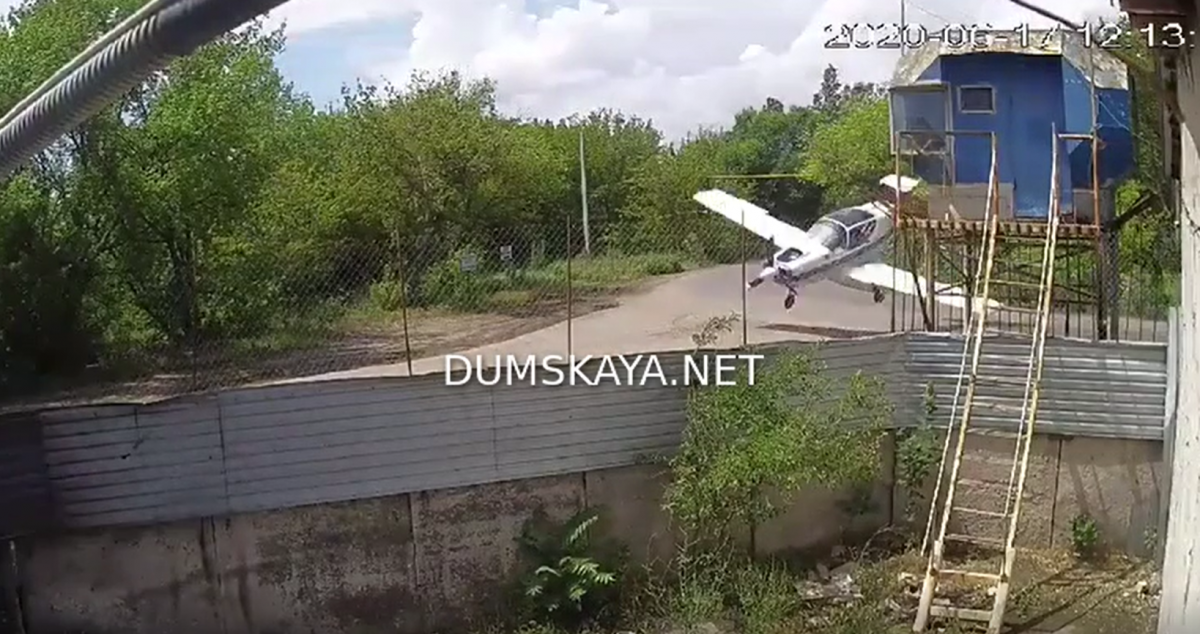 Video footage has emerged of the Dolphin light sports aircraft crash landing on a road in the city of Odesa on June 17.

A video from the scene was published by the Dumskaya online portal. Thanks to the video, the exact time of accident became known, namely 12:13 Kyiv time.

It could be seen the landing gear was down, while the propeller was idle.

The plane hard-landed at an angle of about 20 degrees, the hull immediately broke in several parts.

As UNIAN reported earlier, a light-engine sports plane crashed in Odesa on June 17. A crew of two people were killed in the accident: the commander died at the scene and his co-pilot died in intensive care.

The plane belonged to the Odesa Aviation Plant. It passed certification tests during the crash.