Food markets to be reopened in Ukraine after rules are established

"We must learn to live and work in new conditions," Zelensky says. 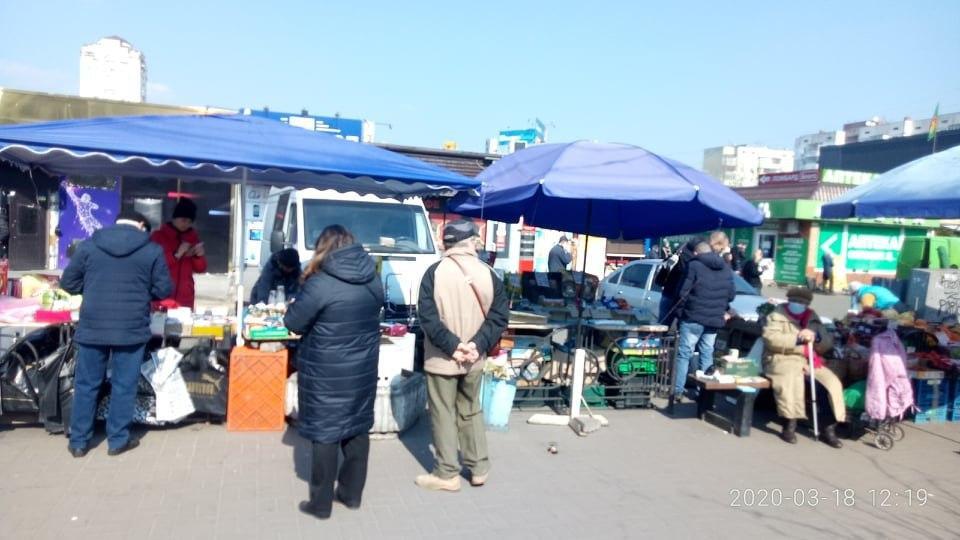 Participants in a meeting on the prevention of the spread of COVID-19, chaired by President Volodymyr Zelensky, considered reopening food markets across the country.

The press service of the President's Office says this is nearly 280 food markets.

"We understand that there is certain psychological fatigue," Zelensky said, adding that "since food markets are extremely important for many citizens to eat and survive, we need to think about allowing them to work safely."

"We will set clear rules and let them reopen. We must learn to live and work in new conditions," Zelensky emphasized.

Prime Minister Denis Shmygal agreed that the issue of reopening food markets, the mechanism for their safe functioning, and clear sanctions for non-compliance with the rules should be considered as early as Wednesday to start opening markets before the end of this week.

Sadovyi acknowledged the owners of food markets, sellers and farmers faced a difficult situation: goods are rotting and time is running out.

"On the other hand, there are buyers purchasing more expensive imported products, having no options to choose from" he wrote on Facebook, recalling the position of epidemiologists that the virus spreads much weaker in the open air.

Read alsoCoronavirus in Ukraine: 9,009 lab-confirmed cases as of Monday morning

As UNIAN reported earlier, the Cabinet of Ministers said it was considering the possibility of opening markets. However, no official decisions on this issue have yet been made.