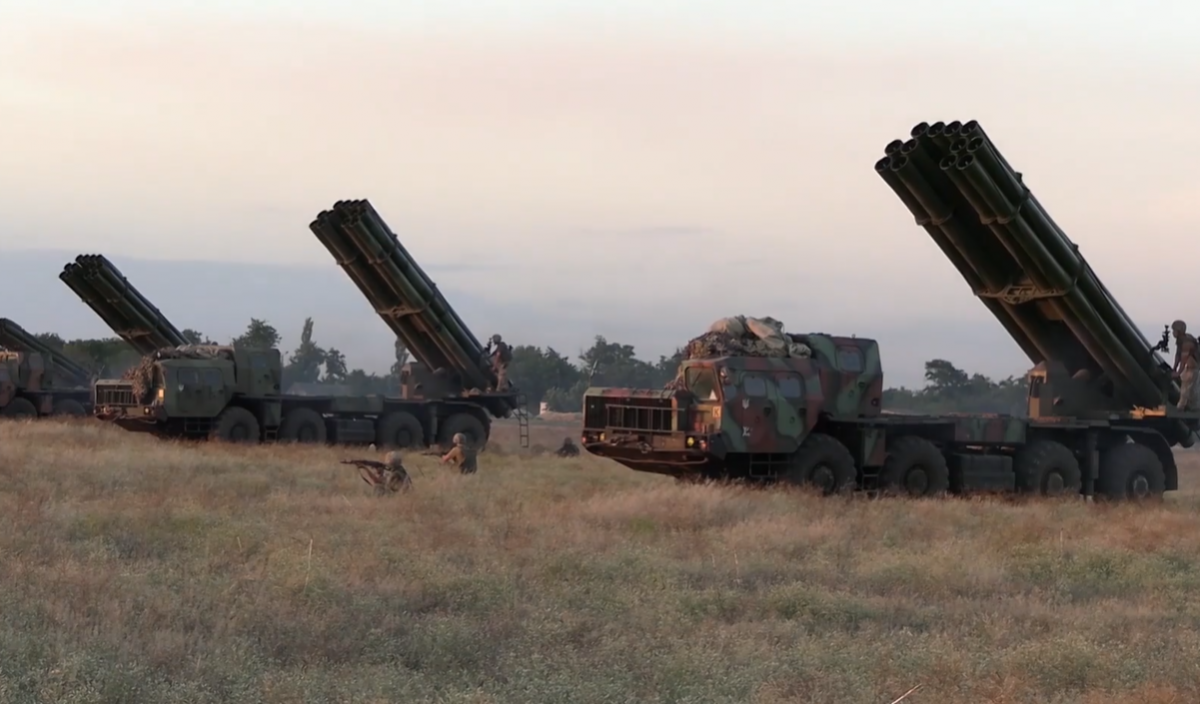 The drills were held in the country's south / Screenshot

"Daily combat training events are held by the grouping of the troops that defend Ukraine's south take place on schedule. Therefore, thanks to good skills and abilities, our soldiers have performed well and professionally," the Joint Forces Command of the Armed Forces of Ukraine quoted Commander of Ukraine's Joint Forces, Lieutenant General Serhiy Nayev as saying on Facebook on August 14.

The military exercises were commissioned by Nayev.

The event took place in conditions as close as possible to combat ones, the powerful and high-precision weapons were put on alert to engage targets within minutes.

According to Nayev, the personnel quickly deployed the systems, took up firing positions, turned around and practiced accurate targeting.

"Wrapping it up, they efficiently and quickly withdrew from their positions and went to the base," he said.

If you see a spelling error on our site, select it and press Ctrl+Enter
Tags:News of UkrainedrillsCrimeamilitarymilitaryexercisemissilesKhersonMLRSmilitarydrills