Kherson-based city court will consider a motion to select a preventive measure against the suspect shortly. 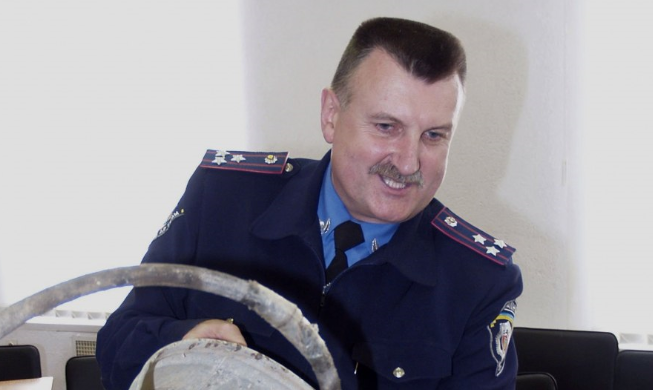 Law enforcers have detained a former Ukrainian interior ministry official suspected of treason and collaboration with the invaders during searches in the "Hizb ut-Tahrir cases."

On November 7, the suspect was attempting to cross out to the temporarily occupied peninsula at the Kalanchak checkpoint, where he was detained, according to the press service of the Prosecutor's Office of the Autonomous Republic of Crimea.

Read alsoRussia may soon deploy nuclear weapons in occupied Crimea – NSDC secretaryThe suspect had since 2012 served as head of the transport and aviation department at a state-owned JSC Chornomornaftogaz. After Russia's occupation of the peninsula, he stayed in the said company, which was illegally transferred to the Russian jurisdiction, registered as Chernomorneftegaz State Unitary Enterprise.

"Exercising his powers, at least from March 26, 2019, he provided assistance to the occupation law enforcement, namely, the 'Office for the Protection of the Constitutional System of the Russian Federation at the FSB Directorate in the Republic of Crimea,' in organizing a number of illegal searches in the households of Crimean Tatars who were persecuted for their alleged participation in the Hizb ut-Tahrir organization," the prosecutor's office said.

The detainee "systematically provided occupation law enforcement with transport during searches," as well as for convoying illegally detained persons to a pre-trial detention center and an FSB office.

For example, on March 27, 2019, he provided transport for law enforcement to conduct 25 illegal searches in the Crimean Tatars' households in the city of Simferopol, resulting in 23 people being detained.

The Ukrainian has been charged with high treason (Part 1 of Article 111 of the Criminal Code of Ukraine), facing imprisonment from 12 to 15 years.

Read alsoKyiv to host Crimean Platform Summit in May 2021The suspect has been put under arrest. Kherson-based city court will consider a motion to select a preventive measure against him shortly.

According to a source in law enforcement agencies, the suspect's name is Mykola Fedorian.

If you see a spelling error on our site, select it and press Ctrl+Enter
Tags:News of UkraineCrimeaarrest