Observers say it blurred the separation of the state and the ruling party. 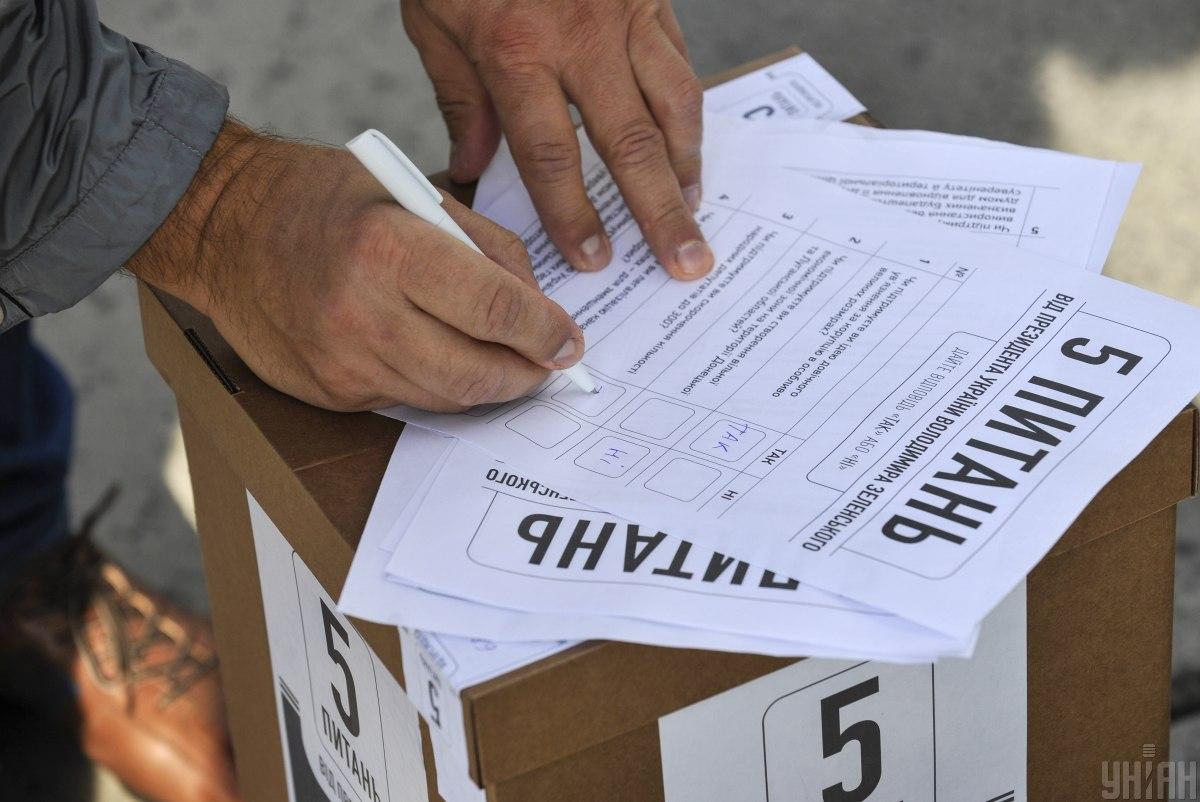 Citizens were asked to answer five questions / Photo from UNIAN, by Serhiy Chuzavkov

The OSCE Office for Democratic Institutions and Human Rights (ODIHR) says that the 'Five Questions from the President' poll, which was conducted on Local Election Day on October 25, has created an undue political advantage for Ukrainian President Volodymyr Zelensky's ruling Servant of the People Party.

Head of the ODIHR limited election observation mission Ingibjörg Sólrún Gísladóttir announced this during an online briefing on October 26, according to an UNIAN correspondent.

"President Volodymyr Zelensky introduced opinion polls at polling stations on election day, funded by his party and related to his administration's policy initiatives, which appeared to create an undue political advantage and blurred the separation of state and party," she said.

- Do you support the idea of life imprisonment for corruption on a particularly large scale?

- Do you support the creation of a free economic zone in Donetsk and Luhansk regions?

- Do you support a reduction in the number of Members of Parliament to 300?

- Do you support the legalization of marijuana for medical use, i.e. to reduce pain in critically ill patients?

- Do you support Ukraine's right to use the security guarantees stipulated in the Budapest Memorandum to restore its state sovereignty and territorial integrity?

If you see a spelling error on our site, select it and press Ctrl+Enter
Tags:News of UkraineelectionsOSCEpollobserversODIHRZelensky