The number of citizens who are reluctant to participate in rallies increased by 8 percentage points last year. 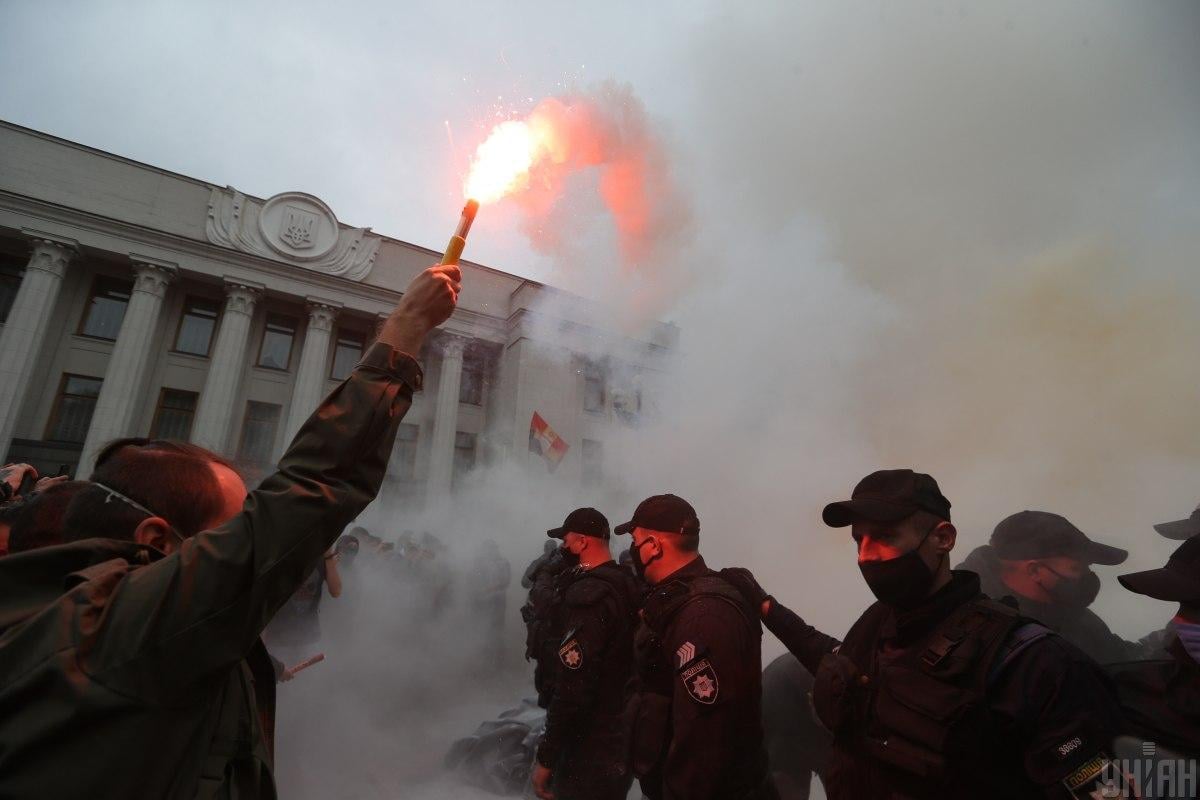 More than half of Ukrainian citizens say they are not ready to participate in any mass protest campaigns.

That is according to a survey conducted by the Kyiv International Institute of Sociology (KIIS) on December 4-8, 2020.

Thus, the number of citizens who are reluctant to participate in rallies increased by 8 percentage points last year.

Some 38% of respondents are ready to participate in protest actions. Compared to previous years, the readiness to engage in social protests has significantly decreased (by 10 percentage points against 2019).

At the same time, the largest number of people who are not ready to participate in any mass protests (57.1%) expressed their willingness to resort to such forms of social protest as participation in election campaigns (15.8%), collection of signatures for collective appeals (12.7%) and authorized rallies and demonstrations (10%).

As for differences in certain types of protest actions as regards regions, the smallest share of those who are ready to participate in election campaigns is in the western and southern regions (11.6% and 15.8%, respectively), while the largest one is observed in the eastern regions (19%), with 17.9% reported in central regions. Otherwise, there are no significant differences in regional terms.