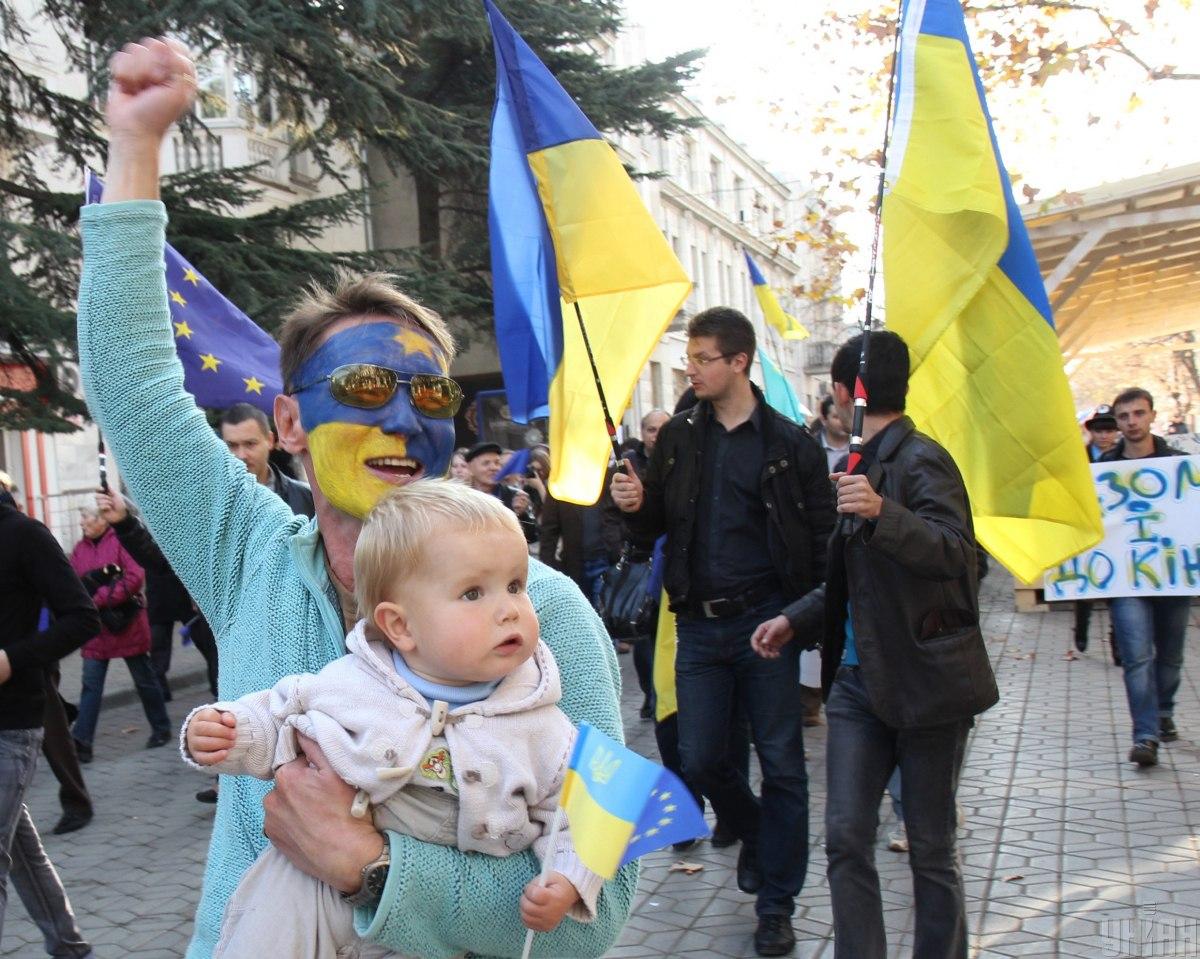 Almost 50% of Ukrainians support the idea of their country's accession to the European Union.

Over 40% of the respondents speak up for joining North Atlantic Treaty Organization (NATO), that's per the latest poll conducted by Kyiv International Institute of Sociology (KIIS).

Read alsoSociologists name leaders of presidential ratingIn October, 49% of respondents supported accession to the EU (46.1% in April), as well as 13.8% – to the Eurasian Economic Union (EAEU) consisting of Russia, Belarus, Kazakhstan, Armenia, and Kyrgyzstan (against 13.1% in April). At the same time, 27% of Ukrainians stand for refraining from joining any of the unions. Some 10.2% of the respondents found the question difficult to answer.

Most of the supporters of EU membership are among the voters of ex-president Petro Poroshenko (87%), former security chief Ihor Smeshko (60.5%), incumbent President Volodymyr Zelensky (52.6%), and Batkivshchyna party leader Yulia Tymoshenko (41.2%).

Also, the poll shows 41% of Ukrainians believe the country should join NATO (41.9% in April). A total of 37.1% of those polled (34.7% in April) are in favor of Ukraine being a non-aligned state. Only 13% of those surveyed support membership in the Russia-led Collective Security Treaty Organization (CSTO).

Read alsoU.S. warplanes fly over Ukraine in show of support (Photo, video)Most of the supporters of NATO membership are among the voters of Petro Poroshenko (83.2%), Ihor Smeshko (62.2%), and Yulia Tymoshenko (38.2%).

The survey was conducted on October 17-24 through computer-assisted telephone interviews (CATI) using a random selection of cell numbers.

The sample is representative of the adult population (aged 18 and older). The survey was conducted in settlements across Ukraine with the exception of Russia-occupied Crimea and certain districts in Donetsk and Luhansk regions. The study involved 1,502 respondents.