Zelensky: Volunteers united all of Ukraine in 2014

The state should look up to volunteers in some respects, he believes. 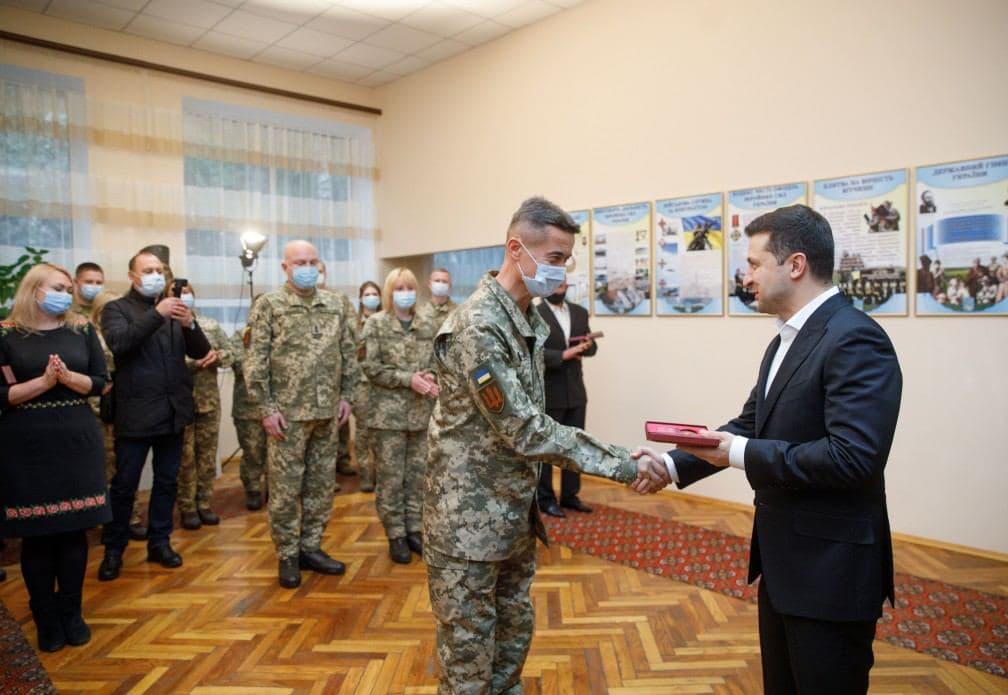 He made the comment during a visit to the Defense Ministry's Military Medical Clinical Treatment and Rehabilitation Center in the town of Irpin, as reported by the press service of the President's Office on December 5.

Read alsoZelensky vows not to reduce Ukrainian army budget in 2021The head of state got acquainted with the work of the Rehabilitation Department for Patients with Amputated Limbs and Disabilities, talked informally with servicemen and presented them with state awards.

Zelensky inspected the Physical and Sports Rehabilitation Department, as well as the equipment used to recover the Ukrainian military after severe injuries.

Also, the president met with the center's staff. He stressed the crucial role of volunteers in defending Ukraine in the most difficult times.

"I'd like to thank all the volunteers. I believe that at the beginning of the war in Donbas, the Ukrainian army was largely created thanks to you. The modern army that we have today," he said.

Zelensky believes that it was the volunteers who quickly found the national idea that Ukraine has been looking for many years.

"Volunteers united the whole of Ukraine with their energy and dedication in 2014, protecting it from Russian aggression," he summed up.

The president believes that the state should look up to volunteers in some respects. He promised to pay attention to those issues where the government could help.

If you see a spelling error on our site, select it and press Ctrl+Enter
Tags:News of UkraineDonbasvolunteersRussianAggressionpresidentrehabilitationUkrainianArmyZelensky