"Captivity kills even those who survived": Ex-Donbas captive dies of heart problems

He was held captive by Russia-controlled groups from May 2019 to December 2019. 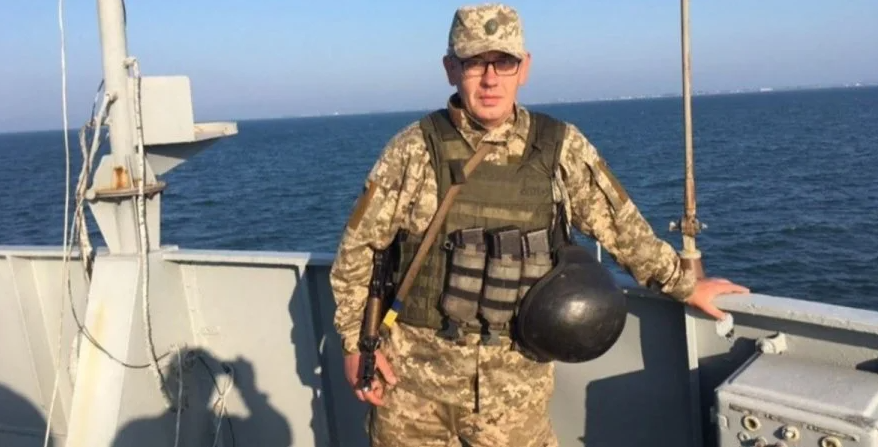 A Ukrainian soldier who was released from captivity in Donbas during a large-scale swap operation in December 2019 has died of heart disease.

"Captivity kills even those who have survived it. Kim Duvanov, a soldier of the Armed Forces of Ukraine released from captivity during a swap of detainees at the end of 2019, has died today. His heart could not stand it," journalist and civil volunteer Monika Andruszewska said on Facebook on October 18. 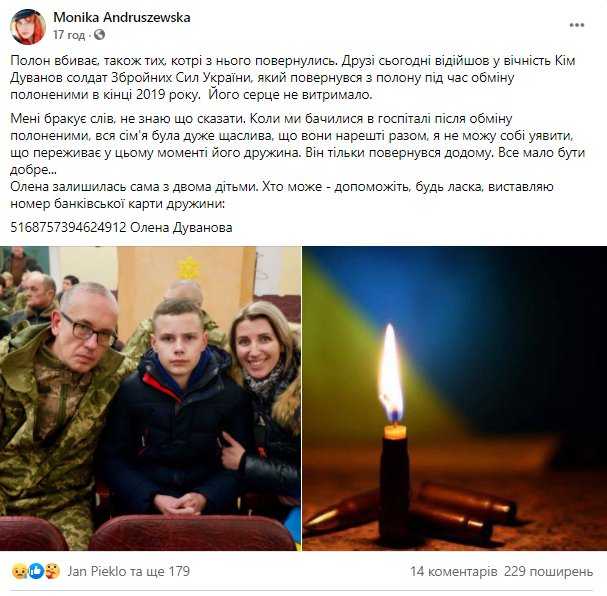 He is survived by his wife and two children.

Kim Duvanov, an eyewear producer from Kharkiv region, joined the Armed Forces of Ukraine since 2017.

He was captured in Donetsk region in May 2019, when eight Ukrainian soldiers lost their route near the village of Novotroyitske and entered the temporarily occupied territory in a truck.