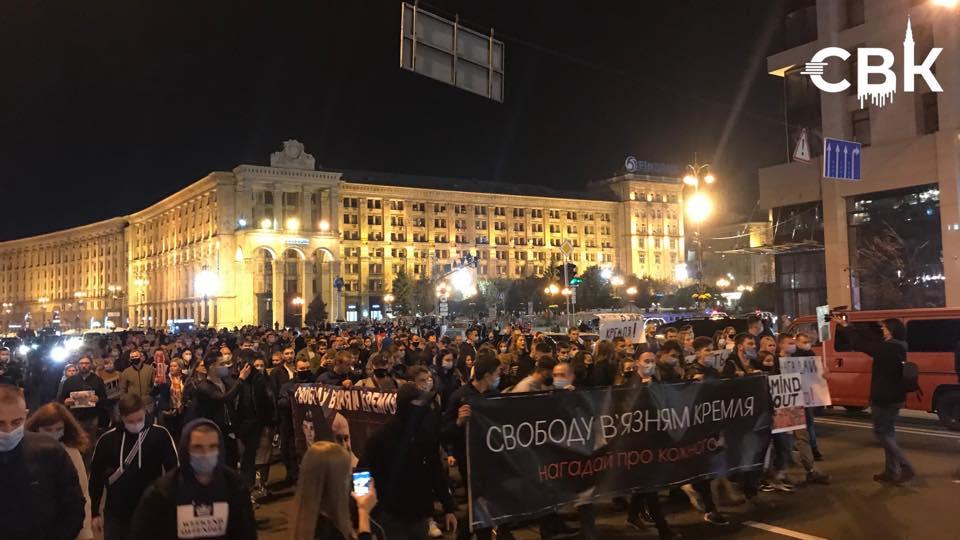 Photo from the Freedom to Kremlin's Political Prisoners community

Thousands of people rallied in the Ukrainian capital city on October 10 as part of the Remind Everyone campaign to demand that the authorities intensify efforts to release Ukrainian citizens held captive by Russia-controlled forces in occupied Donbas and in Russian prisons.

The event began at the monument to Yaroslav the Wise near the Zoloti Vorota subway station downtown Kyiv. Activists and relatives of the political prisoners went to the building of the SBU Security Service of Ukraine where they demanded effective collection of information on the exchange of prisoners and the legal assessment of their actions.

Read alsoDonbas prisoner swap blocked over failure to agree detainees lists – Zelensky's OfficeThe protesters also came to the Cabinet of Ministers building to demand that the commission on missing persons, which was established two years ago, intensify its activities.

Activists and relatives of Ukrainian prisoners also demanded the adoption of a law on prisoners, which establishes their legal status and enshrines the relevant social assistance.

They also demand the adoption of a law on war crimes, which will allow the implementation of international law, thus confirming Ukraine's ability to prosecute international crimes that are universally recognized worldwide, to which the statute of limitations does not apply.

According to the organizers of the rally, 235 Ukrainians are held in captivity in Donbas now. Some 112 political prisoners are being kept in Russian prisons or pretrial detention centers in the occupied Crimea.