They claim injustice as some foreign artists are allowed to perform amid lockdown imposed on Ukrainian event organizers dealing with national stars. 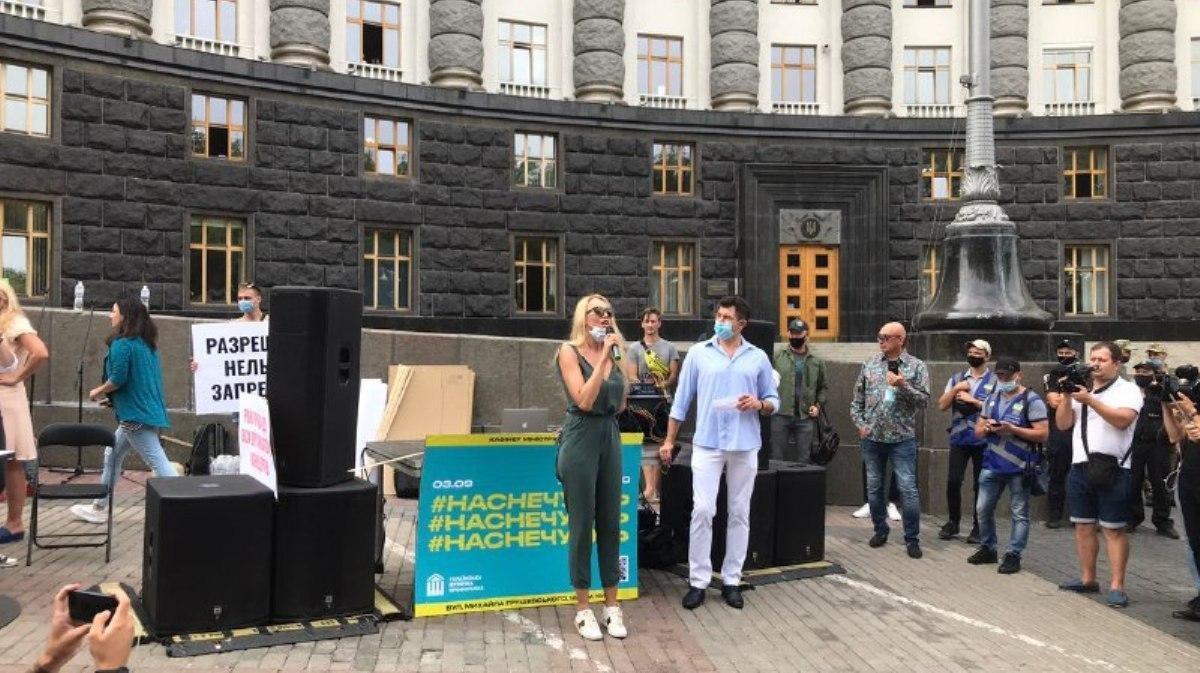 Ukrainian artists have staged a rally outside the Headquarters of the Cabinet of Ministers on Thursday, September 3.

The video of preparations for the rally was posted on the Kyiv Now Telegram channel.

Artists brought along large desks and speakers, and were seen holding posters with the slogans: "Equal rights for concert organizers," etc.

They say the music industry is suffering losses and rapidly dying out.

If you see a spelling error on our site, select it and press Ctrl+Enter
Tags:News of UkraineprotestsrallyartistsCOVID19quarantinequarantine zones