The number of Ukrainian radio stations that could be accessed from the peninsula has also decreased significantly. 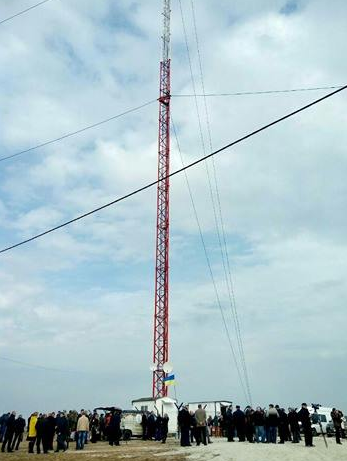 "In June, Ukrainian FM radio stations are available only in five out of 19 settlements," the CHRG said on its website on June 22, referring to own report on broadcast monitoring in the north of the peninsula.

Previous monitoring in March 2020 showed that nine Crimea settlements received signal of Ukrainian FM radio stations broadcast via transmitting towers installed in the villages of Chonhar and Chaplynka installed close to the de-facto border with the occupied peninsula.

The number of Ukrainian radio stations that could be accessed from across the peninsula has also decreased significantly.

In March, signal of a single Ukrainian radio station was available in four settlements. In June, it was already gone.

At the same time, simultaneous broadcasting of Ukrainian and Russian stations was recorded at some frequencies in 16 out of 19 monitored settlements. "This suggests a targeted jamming of Ukrainian FM broadcasting by Russian stations. In such a way, Crimean residents are being deprived of the opportunity to receive information about Ukraine and systemic human rights violations on the peninsula. The Kremlin-controlled Russian media conceal most of these facts," the CHRG added.

If you see a spelling error on our site, select it and press Ctrl+Enter
Tags:News of UkraineRussiaCrimeaRussianAggressionhumanrightsinfowarsradiosignaljamming