The trailer shows a boy in an embroidered shirt eating borscht of blood. 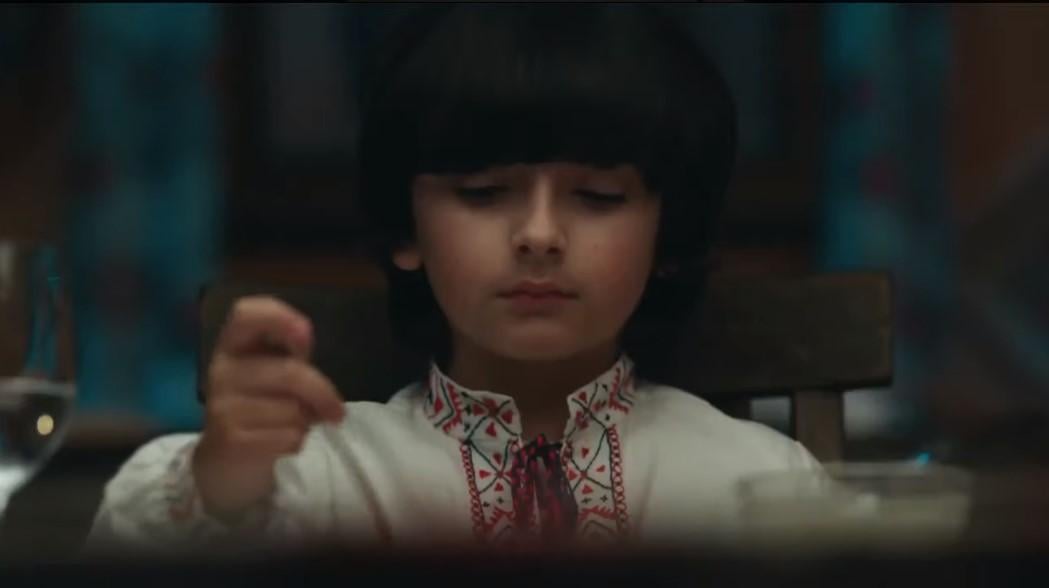 A boy in an embroidered shirt eating creepy borscht / Screenshot

The first season of Desalma (Unsoul), a supernatural drama web television series based on Slavic mythology, which was released by Globoplay, a Brazilian subscription video on demand service, has been met with a mixed reaction by Ukrainians.

The Ukrainian segment of the Internet has given a mixed reaction to the series, according to the DTF professional media outlet covering online games and cinematography.

Some praise it for the interest in Ukrainian culture, while others scold it for stereotypes about Slavic culture and mindset.

The series features a repertoire of Ukrainian folk songs, and the plot tells the viewers about the disappearance of people on the day of the mystical holiday of Ivan Kupala.

The trailer shows a main character of the series singing the Ukrainian folk song "Rozpriahaite, khloptsi, koni" ("Unharness horses, lads") and a boy in an embroidered shirt eating borscht made of blood.

If you see a spelling error on our site, select it and press Ctrl+Enter
Tags:News of UkraineUkraineculturecinematographymoviesBrazil