The teams played the game in Kyiv, with empty stands due to epidemic curbs. 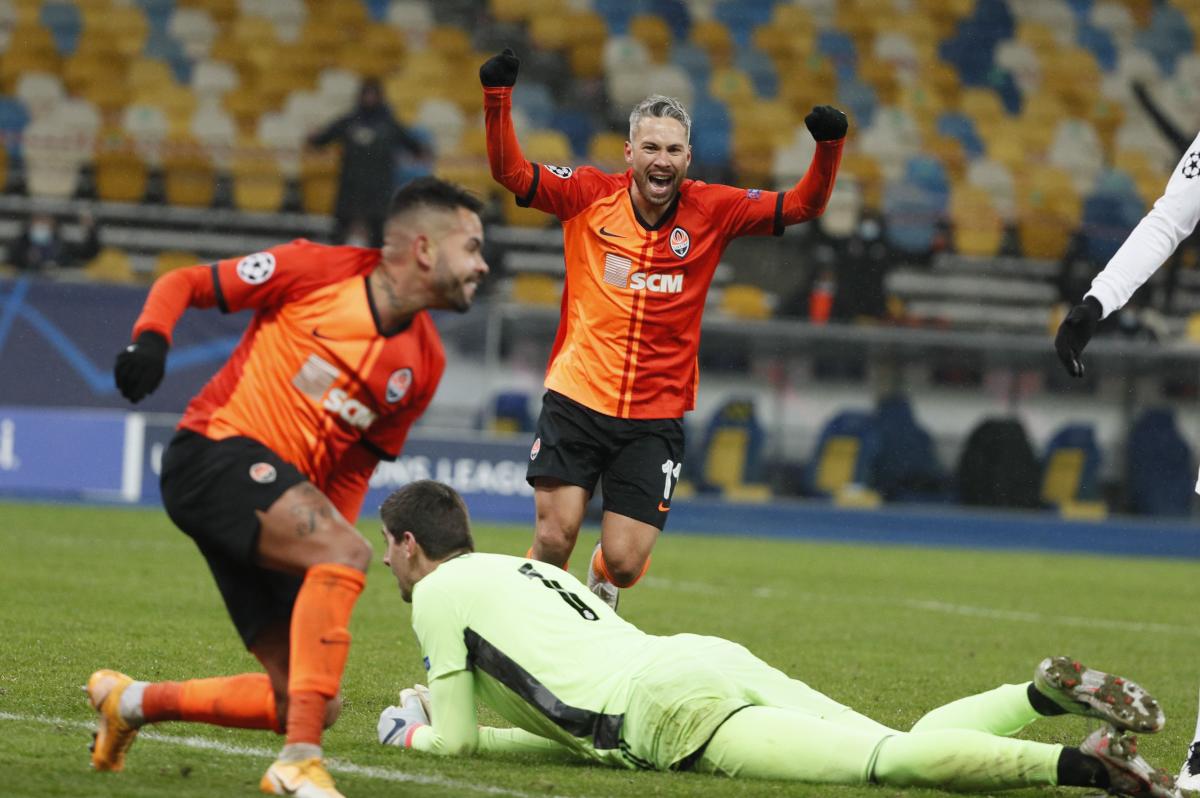 Shakhtar Donetsk have beat the 13-times European Cup winners Real Madrid in a 2:0 shocker on Matchday 5 of this year's Champions League group stage.

Despite an obvious dominance throughout the game played in Kyiv with empty stands, Real never turned their advantage into actual goals, while Shakhtar took their chances and scored twice – both times in the second half.

Dentinho and Solomon were the heroes of the match in the squad that's been playing outside their home city of Donetsk for six years already due to the Russian invasion of the Donbas region in eastern Ukraine.

"SHAKHTAR AGAIN BEAT REAL IN THE CHAMPIONS LEAGUE!" reads the tweet on the club's official English-language Twitter page, all in caps lock.

"Shakhtar, who beat Madrid 3-2 away in October, are second in Group B on seven points, level with Zinedine Zidane's Real side but ahead due to their superior head-to-head record," reads the match report by en.as.com.

"Shakhtar getting 6 points in 2 games off Real Madrid is crazy enough, but it's even wilder after seeing how awful Shakhtar has been against everyone else in the group," expert Grant Wahl tweeted.

Shakhtar getting 6 points in 2 games off Real Madrid is crazy enough, but it's even wilder after seeing how awful Shakhtar has been against everyone else in the group.

Shakhtar will play their last game in the group stage in Milan, against Internazionale. The two teams tied in their first game in Kyiv. The Ukrainian team now has every chance to proceed to the knockout round of the UEFA Champions League. To secure promotion and not depend on the result of the other match in the group, they must win or even seal a draw in the upcoming match.