The icon is almost 300 years old and was stored in the Ukrainian city of Luhansk, which is now occupied by Russian-controlled forces. 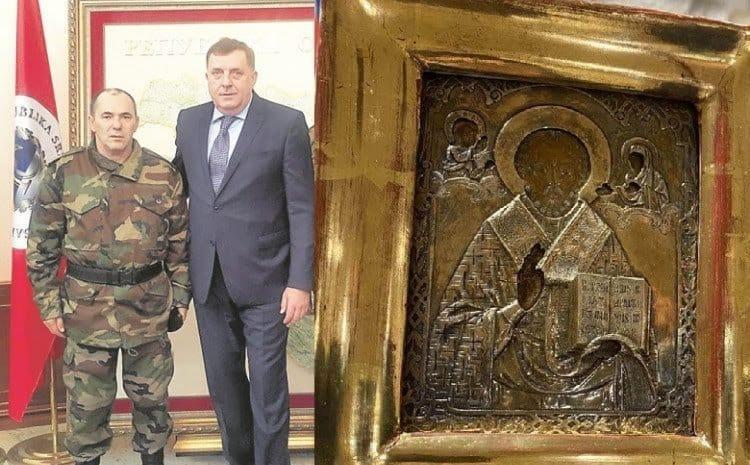 A 300-year-old Ukrainian icon, originally from the occupied city of Luhansk, which has earlier been handed as a gift to Russian Foreign Minister Sergei Lavrov in Bosnia and Herzegovina, is estimated at EUR 12.5 million.

The icon was kept in the Banke Srpske deposit until its bankruptcy, and later was deposited with the Lithuanian-owned UKIO bank. It is not known when and how the icon got into the Bosnian bank, as reported by Balkan Observer for Ukraine on Facebook with reference to the Bosnian BN TV channel.