Berdyansk gunboat, attacked by Russia in 2018, finally returns to water

Restoration works will be completed in November, the contractor says. 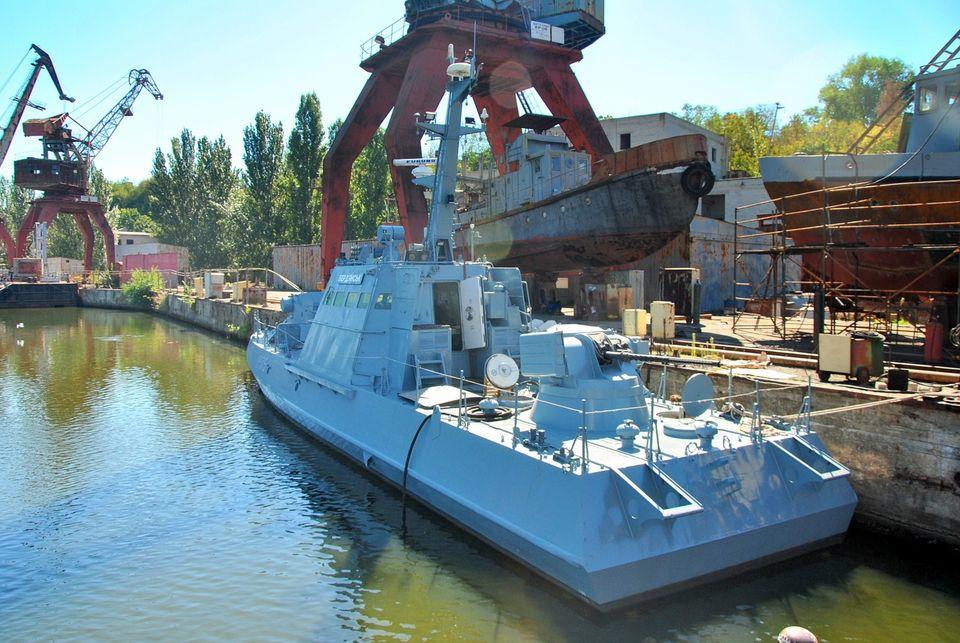 Berdyansk, the Gyurza-M-class small armored artillery boat involved in the November 2018 incident near the Kerch Strait where Russian forces attacked and captured several Ukrainian Navy vessels, has been launched after dock repair works.

That's according to the press service of Ukroboronprom, Ukraine's defense giant.

"The boat, whose hull was shot through amid Russian aggression in the Kerch Strait in November 2018, has already been launched," the statement says.

Read alsoUkraine Marines get new armored artillery boat (Photo)The damaged sections of the hull have been cut out and transferred to the National Military History Museum of Ukraine.

"Specialists at the Mykolaiv Shipyard continue works to restore the interior, vessel systems, and devices. According to the plan, the repair of the Berdyansk boat will be completed in November," the report reads.