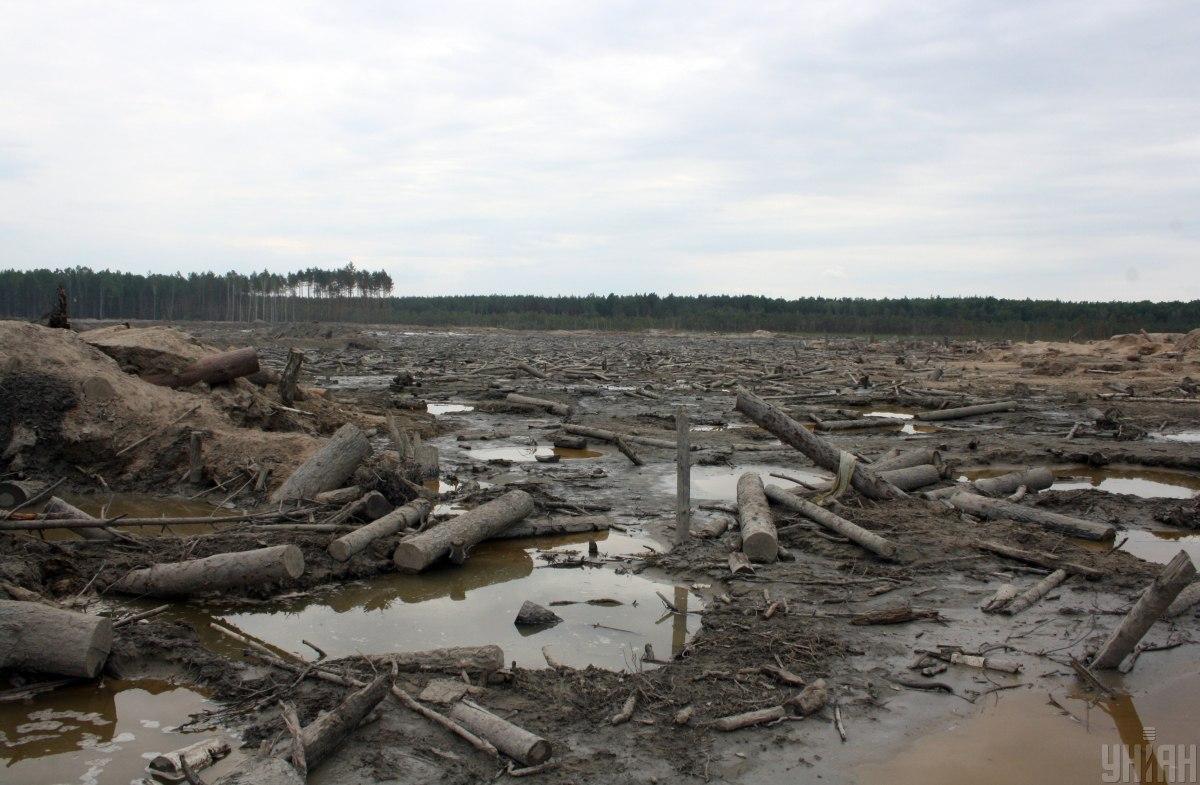 It is impossible to evaluate the scale of the ecological disaster in certain regions of Ukraine as no one has conducted a full-fledged audit, while politicians are manipulating the topic of environmental protection, using it as a PR stunt, that's according to the article titled "Ukraine is helpless against the amber mafia," published by 24 TV channel.

"At one time, the State Agency for Forest Resources of Ukraine spoke about 3,500 hectares [ha] of damaged forests. Last year, the Cabinet said it was 5,500 ha. An even larger total figure – more than 6,000 (!) ha – is voiced by the Volyn, Zhytomyr, Kyiv, and Rivne regional forestry and hunting departments," reads the article published on June 9.

According to the authors, despite the egregious environmental situation in certain regions of Ukraine related to amber mining, politicians and environmentalists are in no hurry to address the issue. The reason is the lack of political or other dividends from resolving relevant issues.

"Politicians often resort to PR or manipulate the topic of environmental protection, especially ahead of the elections, when they need to 'pump' their rating at any cost. As a result, not only do environmental issues remain unresolved, they also dangerously shift to the plain of gibberish," the article said.

Meanwhile, many such issues need to be addressed urgently. Experts with the World Wide Fund for Nature (WWF) talk about climate change, forest fires, illegal trade in rare species of animals, and other problems.

Ukrainian politicians are simply obliged to address environmental issues, rather than select some that fit the current political situation.

"Because now this is not about the country's development, this is about its survival as such" the authors summed up.