The 2S22 Bohdana is a new wheeled self-propelled howitzer (SPH) armed with a 155mm gun. 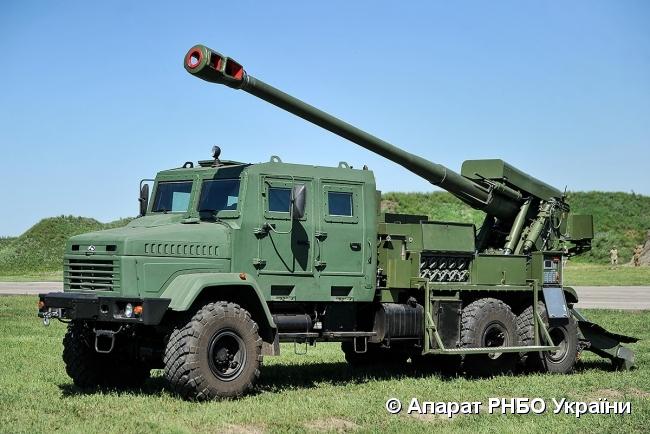 Ukraine is carrying out field tests of the new 2S22 Bohdana 155mm truck-mounted artillery, according to Armyinform.

"Today, on May 27, as part of development efforts, the live-fire part of these tests took place. They are aimed at checking design solutions and requirements of technical tasks implemented in this weapon prototype," said the report.

The 2S22 Bohdana is a new wheeled self-propelled howitzer (SPH) armed with a 155mm gun.

The new mobile howitzer, fitted with a modern fire control system, boasts of a ballistic computer and a gun system computer. The display of the main fire control computer is located in the armored cab, with another gun display unit located in the rear. It is used when the howitzer is deployed in firing position.

Is expected that the new artillery system will operate at a minimum range of 780m, being capable of hitting targets at max ranges up to 40km (50 km – with newly-developed munitions). The maximum fire rate is 6 shots per minute.