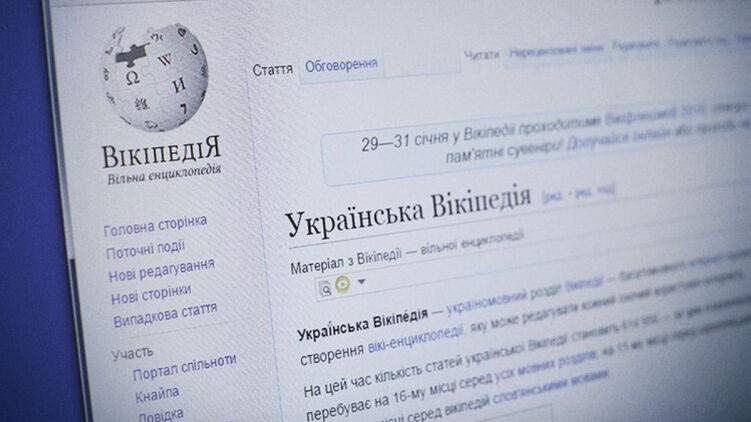 In total, 855.1 million pages were visited last year against 707.5 million pages in 2019, as reported on the Ukrainian Wikipedia editor's blog.

This allowed the Ukrainian Wikipedia to rank 17th among all countries. During a month, it was visited over 90 million times, which is 26% more than in 2019.

In 2019, it ranked 16th worldwide, that is, in 2020 it slid back a spot, letting Turkey go up in the list. Last year, Turkish Wikipedia was banned.

Read alsoMFA Ukraine launches "mega campaign" to fill Wikipedia with unbiased info on UkraineAt the same time, the Korean and Czech Wikipedia, which in 2018 were ahead of the Ukrainian version, lagged even further behind. Also, the Ukrainian Wikipedia is closer to the Swedish one, which has remained more popular than the Ukrainian for years.

Wikipedia, including Ukrainian, is not a reliable source in the scientific sense and encourages readers to seek medical advice elsewhere. It is neither a news website nor catalog of any information. However, this is one of the most popular websites, whose format allows adding valuable encyclopedic information in real-time.

If you see a spelling error on our site, select it and press Ctrl+Enter
Tags:News of UkraineWikipedia