Man who attacked a Hasid with knife detained in Uman

The attacker was a local resident. 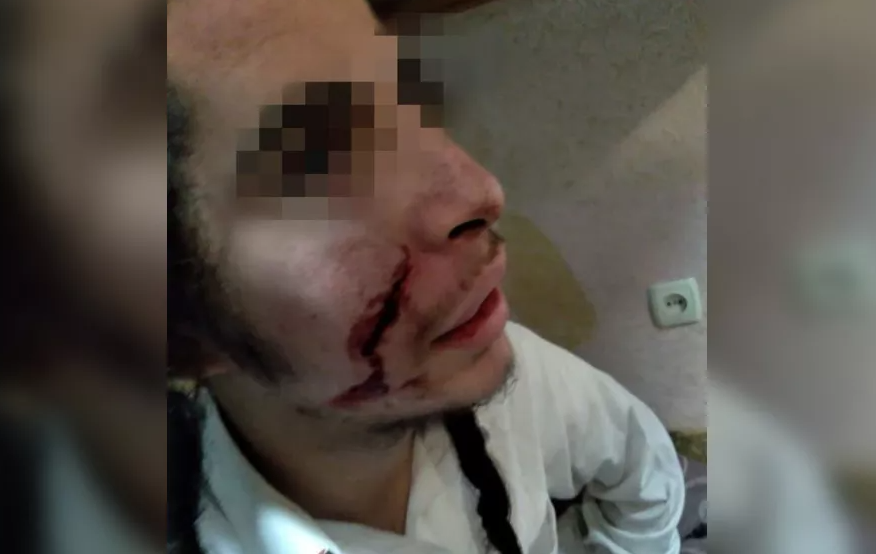 The victim / Photo from United Jewish Community of Ukraine

Police in Uman have identified the attacker of the Bratslav Hasid with a knife.

This was reported to UNIAN by the United Jewish Community of Ukraine with reference to the The Directorate-General of the National Police of Cherkasy region.

The attacker was a local resident. Law enforcers identified him through investigative and operational actions, after which they took him to the police station.

The attacker has already confessed.

In addition, according to the police, the qualification of the incident was changed: the investigation continues under Part 1 of Article 296 of the Criminal Code of Ukraine – hooliganism.

Оn the night of October 18, three unknown persons attacked two Bratslav Hasidim who were walking towards the Rabbi Nachman complex. One of them escaped, and the other was stabbed in the cheek with a knife. CCTV cameras recorded a group of attackers fleeing the crime scene.

The victim's name is Yehuda, as UJCU reported in its Telegram, he was in a state of shock for a long time.

It is worth noting that the incident was condemned by Dmytro Kuleba, the Minister of Foreign Affairs of Ukraine, who called for a thorough investigation of the crime.

If you see a spelling error on our site, select it and press Ctrl+Enter
Tags:News of UkraineinvestigationcriminalcasesUmanHasidim