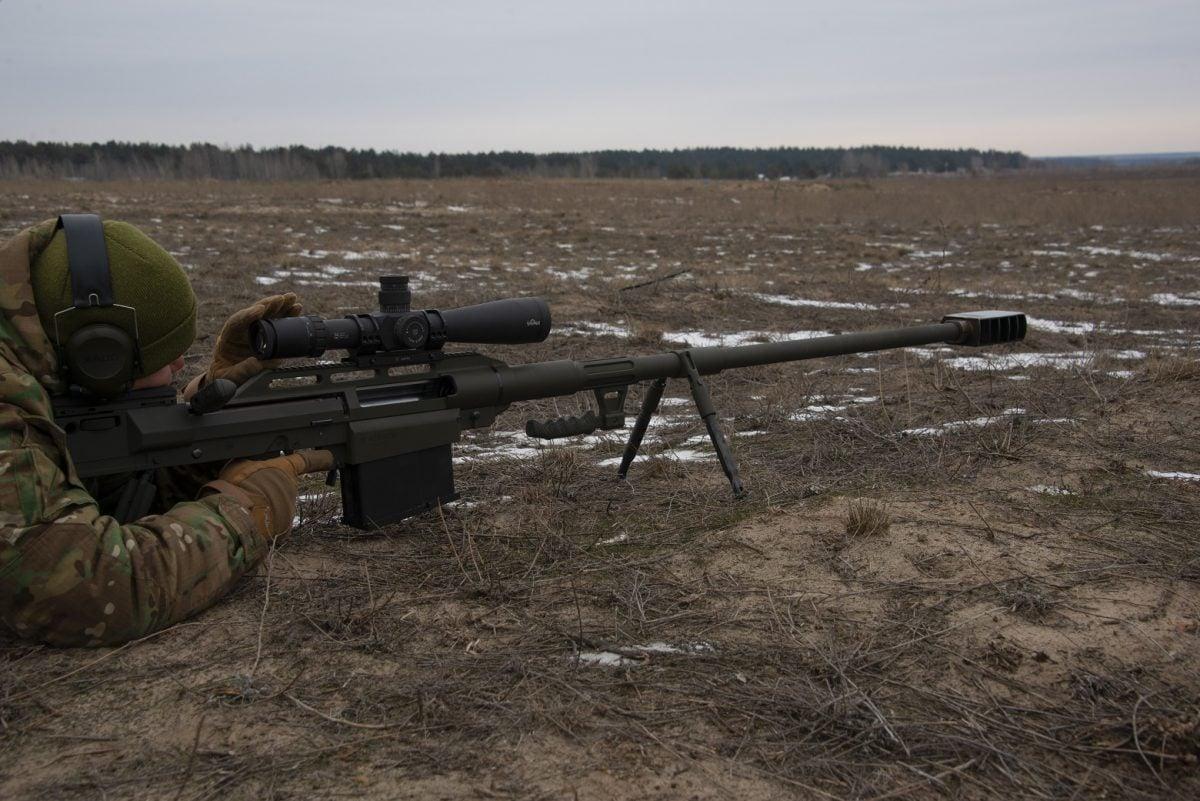 The Armed Forces of Ukraine have accepted for service a long-range magazine-fed anti-materiel 14.5×114mm rifle, Alligator.

That's according to the Defense Ministry press service.

"The main task of the large-caliber Alligator is to engage the enemy's fortified positions and hardware, including light armored vehicles," the report reads.

Read alsoUkraine, Pakistan strike tank repairs deal worth US$85.6 mlnThe rifle is designed taking into account all the requirements for high-precision weapons. Barrel locking is achieved through a rotating bolt. The rifle has a bullpup design. The floating barrel is in free recoil when the bullet flies out, which provides greater accuracy of the bullet hit. The rifle demonstrates an acceptable level of recoil during shooting. Recoil is suppressed due to the muzzle brake, the effect of a recoil isolator, an elastic multilayer shoulder pad, and optimally balanced weight, as per Wikipedia.

The rifle has a height-adjustable cheek rest, which can be positioned for right- or left-handed shooting, i.e., it is suitable for both right- and left-handed shooters. For ease of aiming, the rifle is equipped with a folding bipod and adjustable rear support, allowing for fine adjustment to the shooter.

The rifle has a Picatinny rail with 35 MOA gradient, on which various sighting devices can be mounted.