Some 45 residential houses in the village of Smolianynove have been destroyed by the fire. 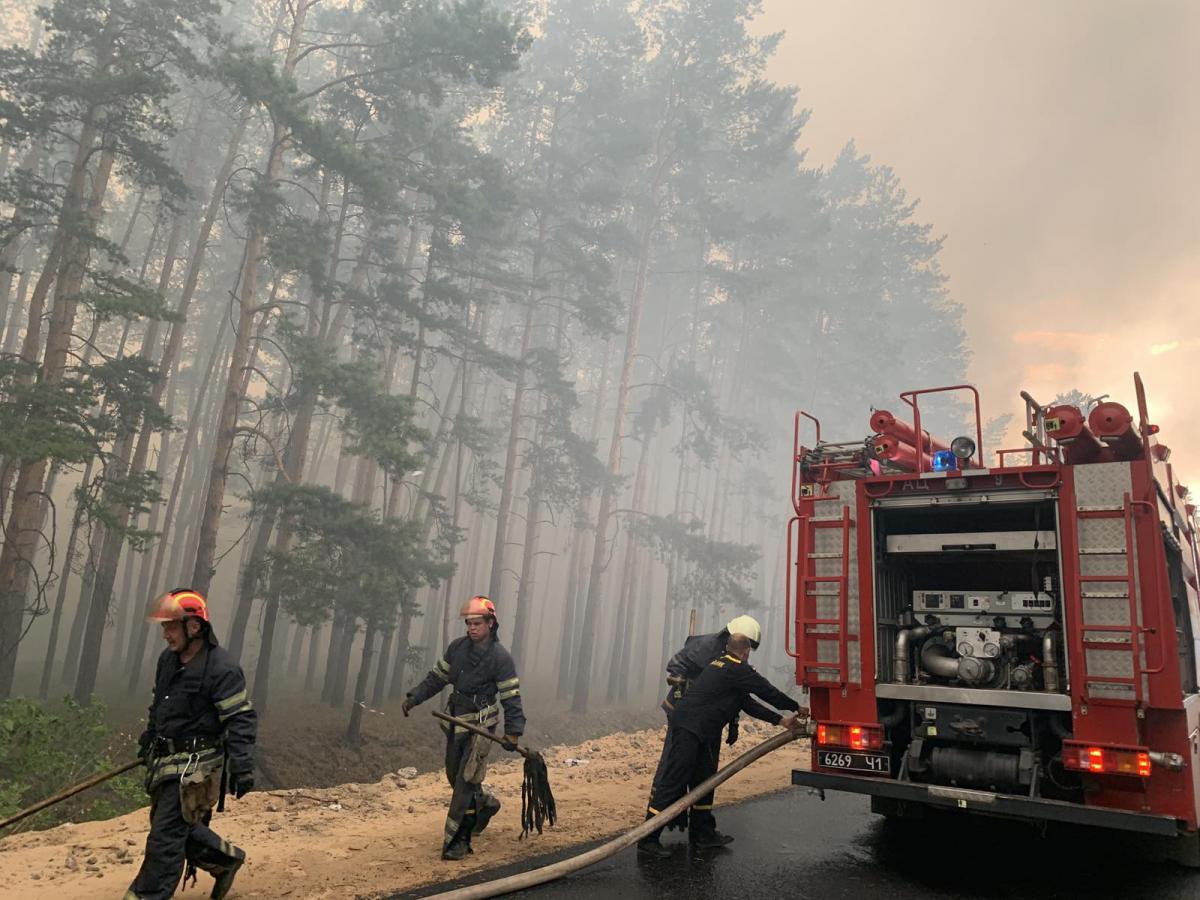 The number of victims of recent wildfires in Luhansk region's Novoaidarsky district has grown to five dead and nine injured people, according to preliminary reports.

"According to recent reports, five persons were killed and nine were hospitalized," the press service of Ukraine's State Emergency Situations Service said July 7.

The fire destroyed about 80 country houses belonging to the Vovcha Yama gardening co-operative and 45 residential houses in the village of Smolianynove.

As of 19:20 Kyiv time on July 7, some 386 firefighters and 90 units of equipment were involved in an operation to extinguish the fire. In addition, 37 tank trucks, 220 firefighters and rescuers from the Ukrainian Emergency Situations Service's units in Kharkiv, Donetsk, Dnipropetrovsk, and Poltava regions are heading for the scene.

Also, firefighters are liquidating a fire on an area of about 40 hectares near the village of Kapitanove in Novoaidarsky district. Sixty-three people and 16 pieces of equipment are engaged in the operation.

On the afternoon of July 6, a fire broke out on an area of about 50 hectares near the village of Oskolonivka in Novoaidarsky district, which is part of the Borovsky and Okhtyrsky forestry departments. On the morning of July 7, the fire was contained on an area of about 85 hectares. Gusts of wind (up to 25 meters per second) and high air temperatures (+ 38 °C) let the fire spread to the village of Smolianynove.

According to earlier reports, the death toll was four persons. 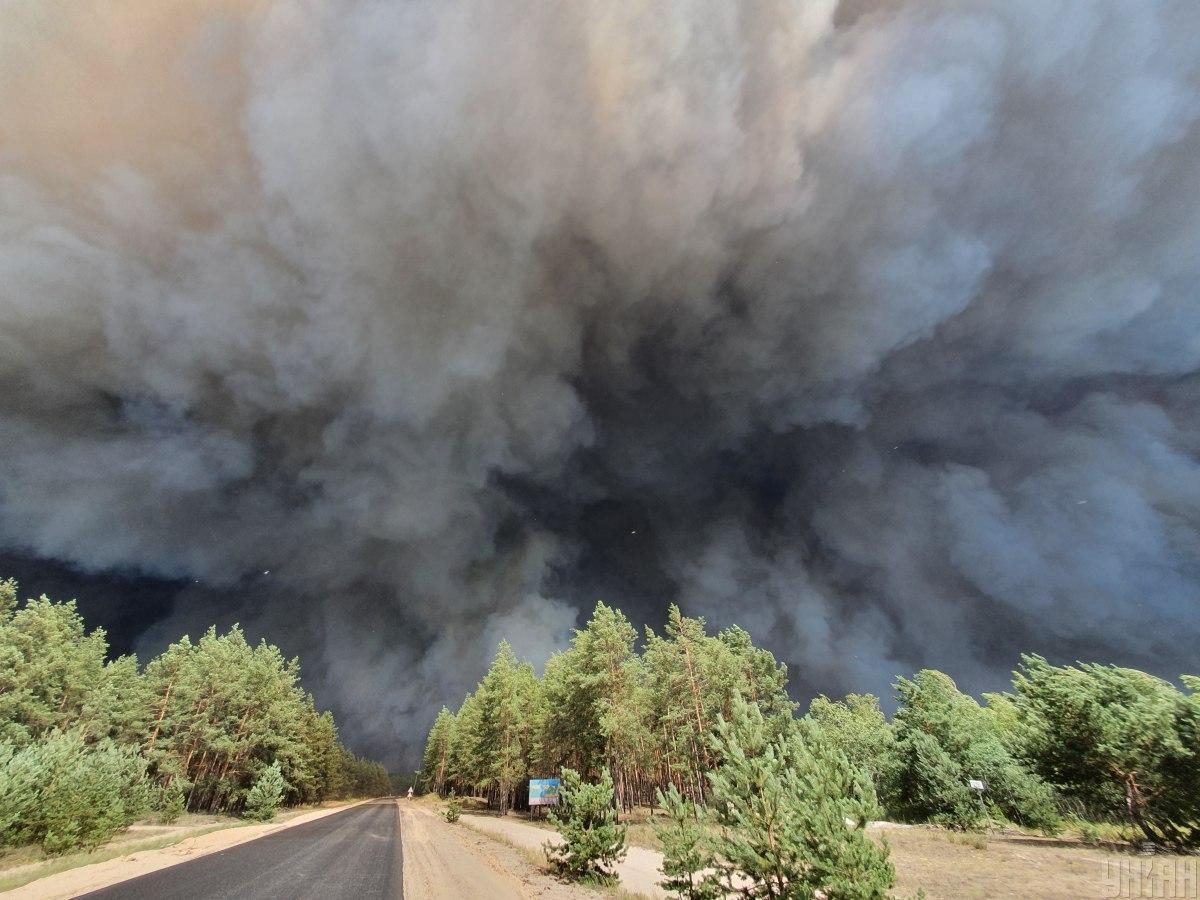 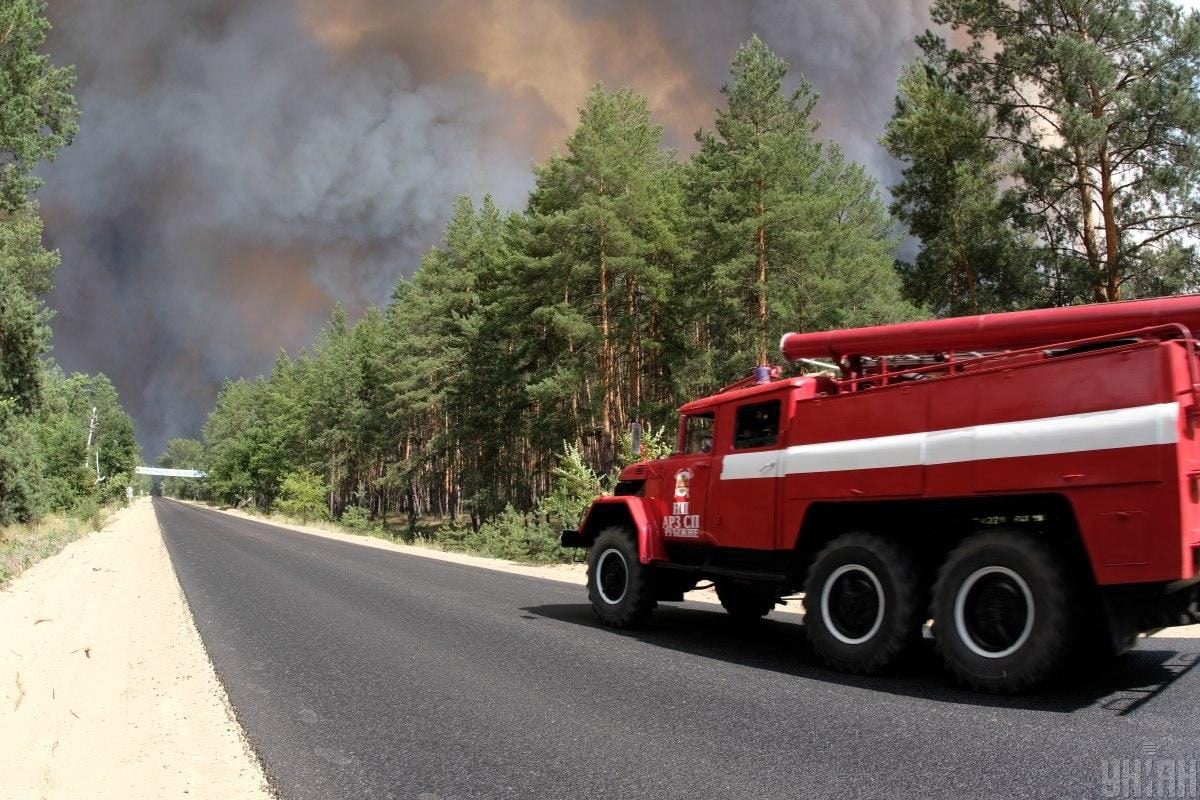 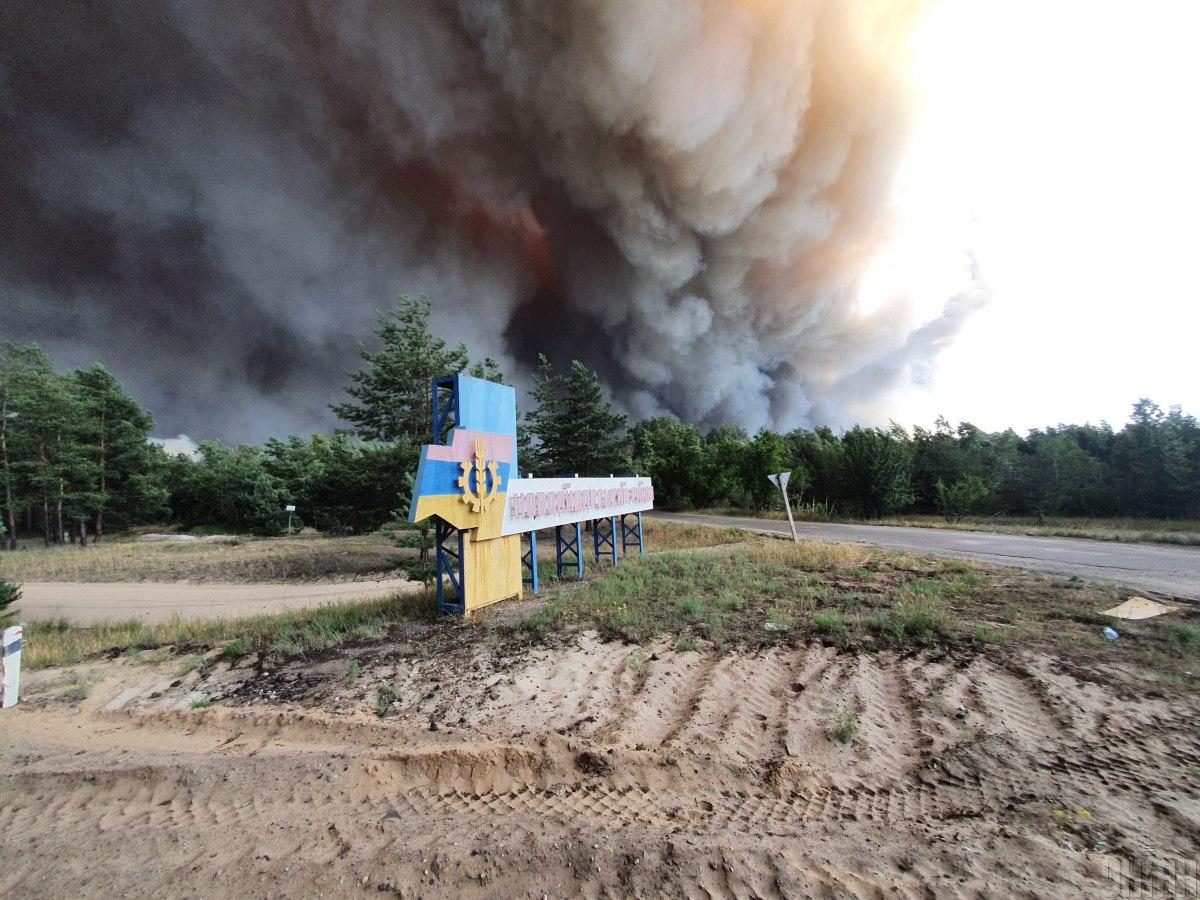 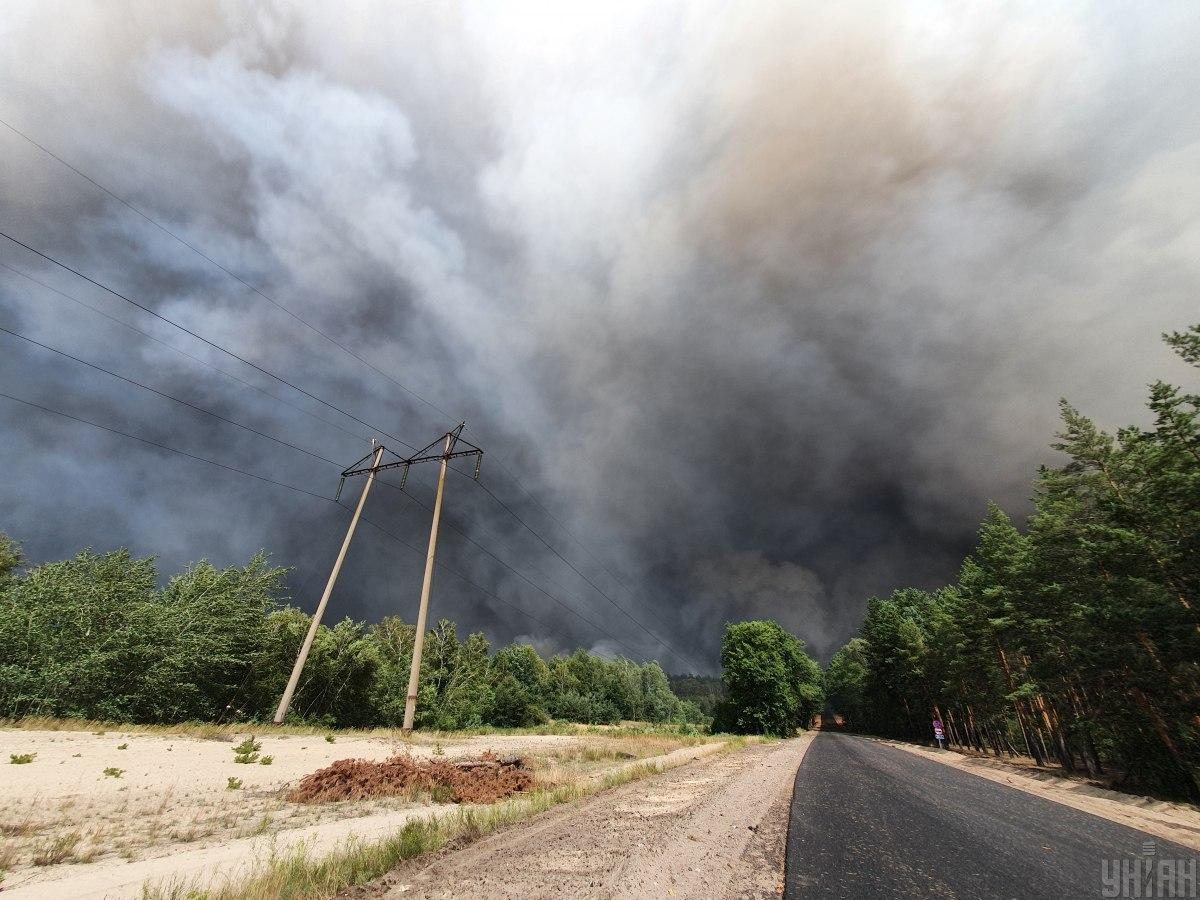 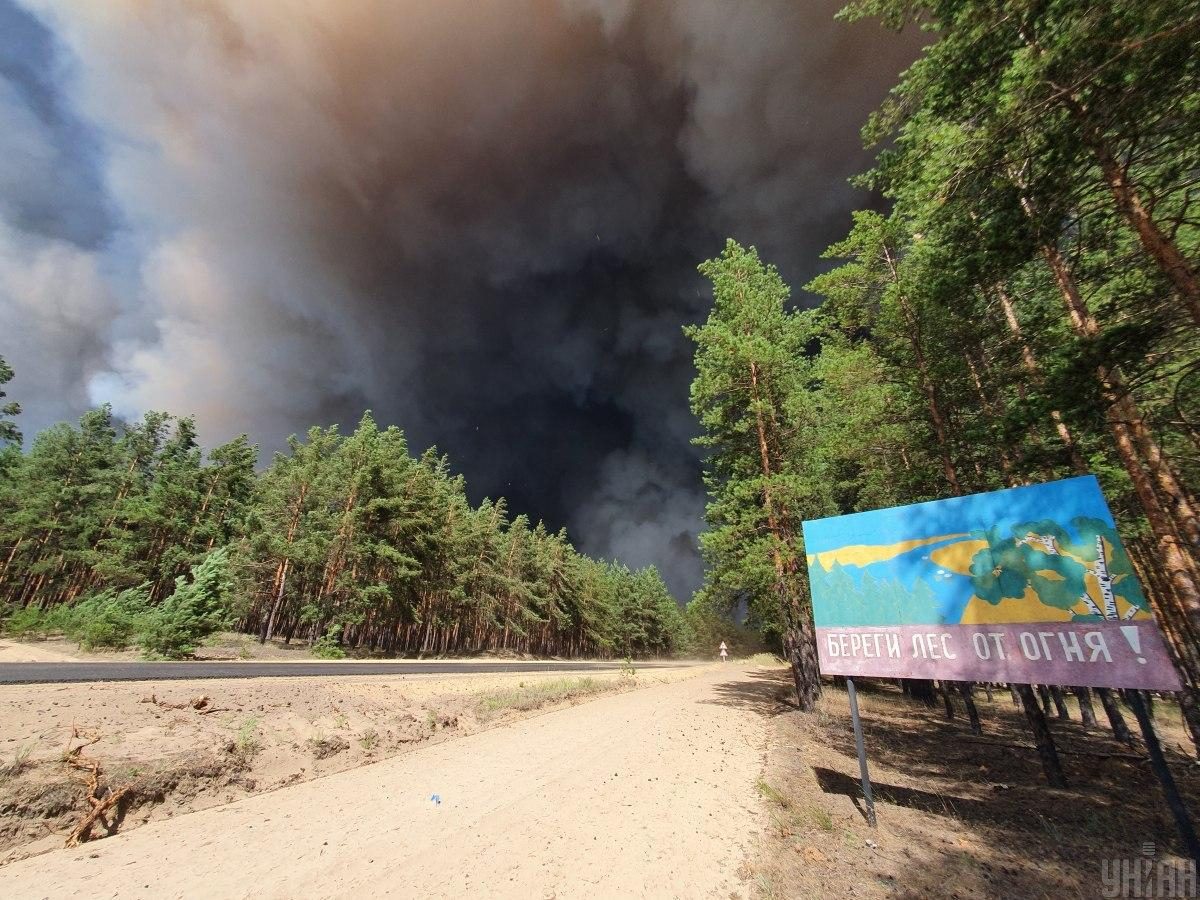 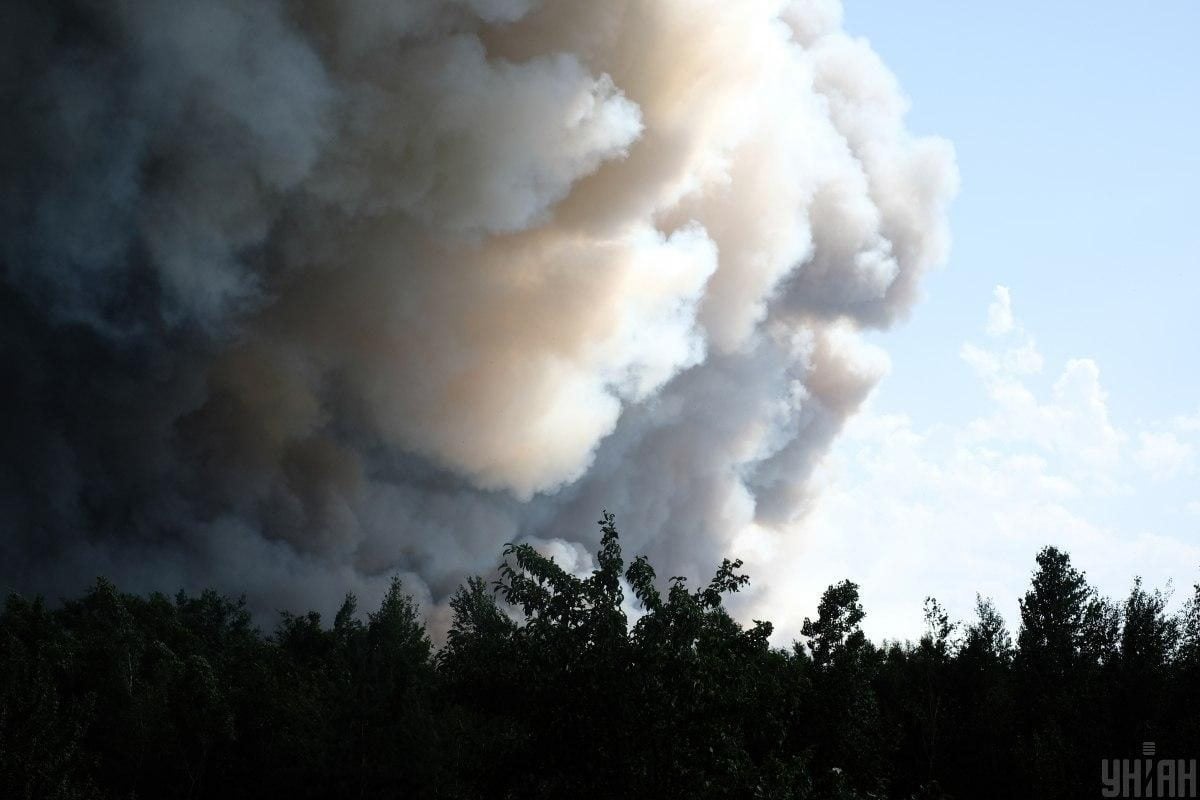 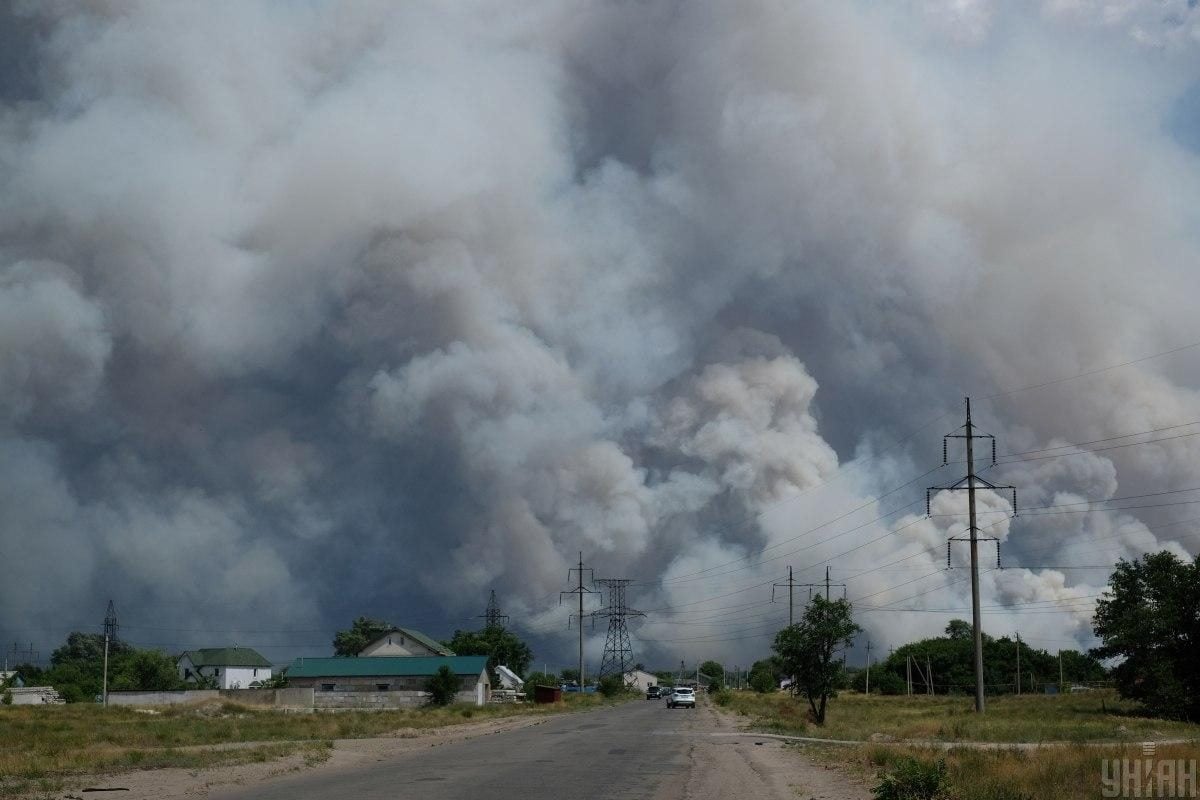 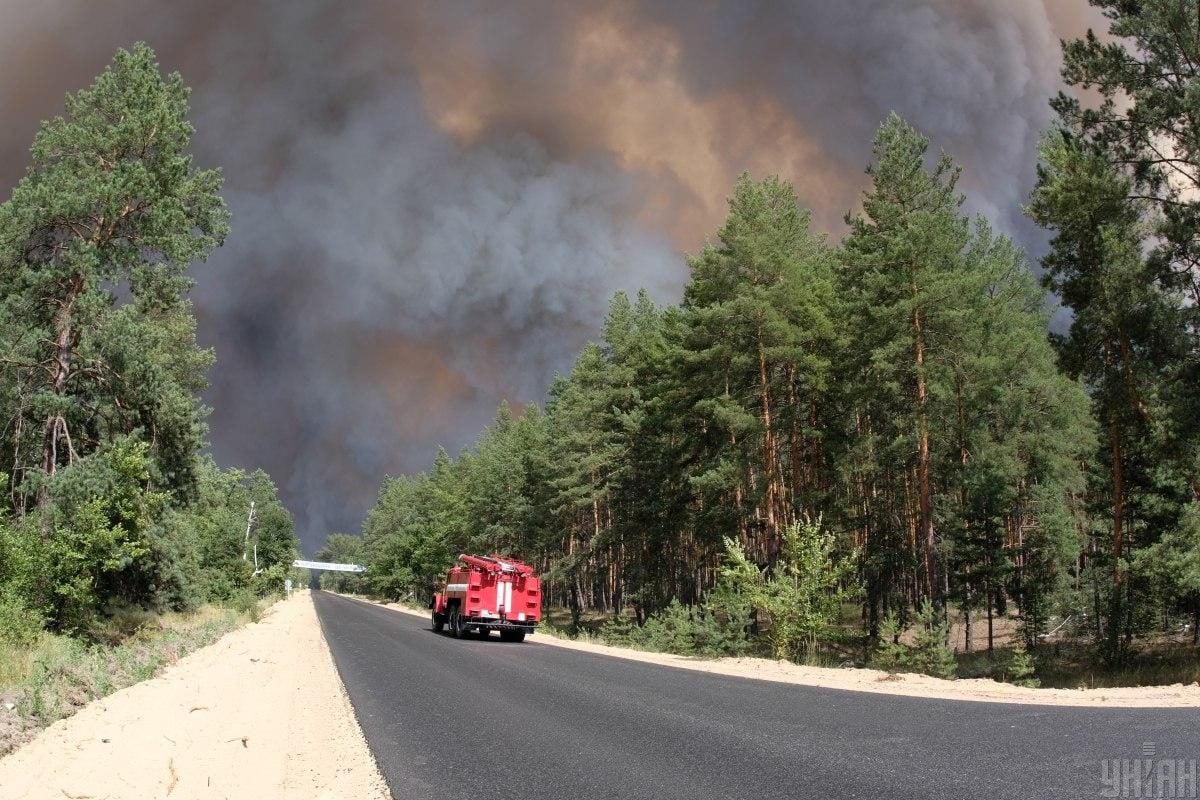 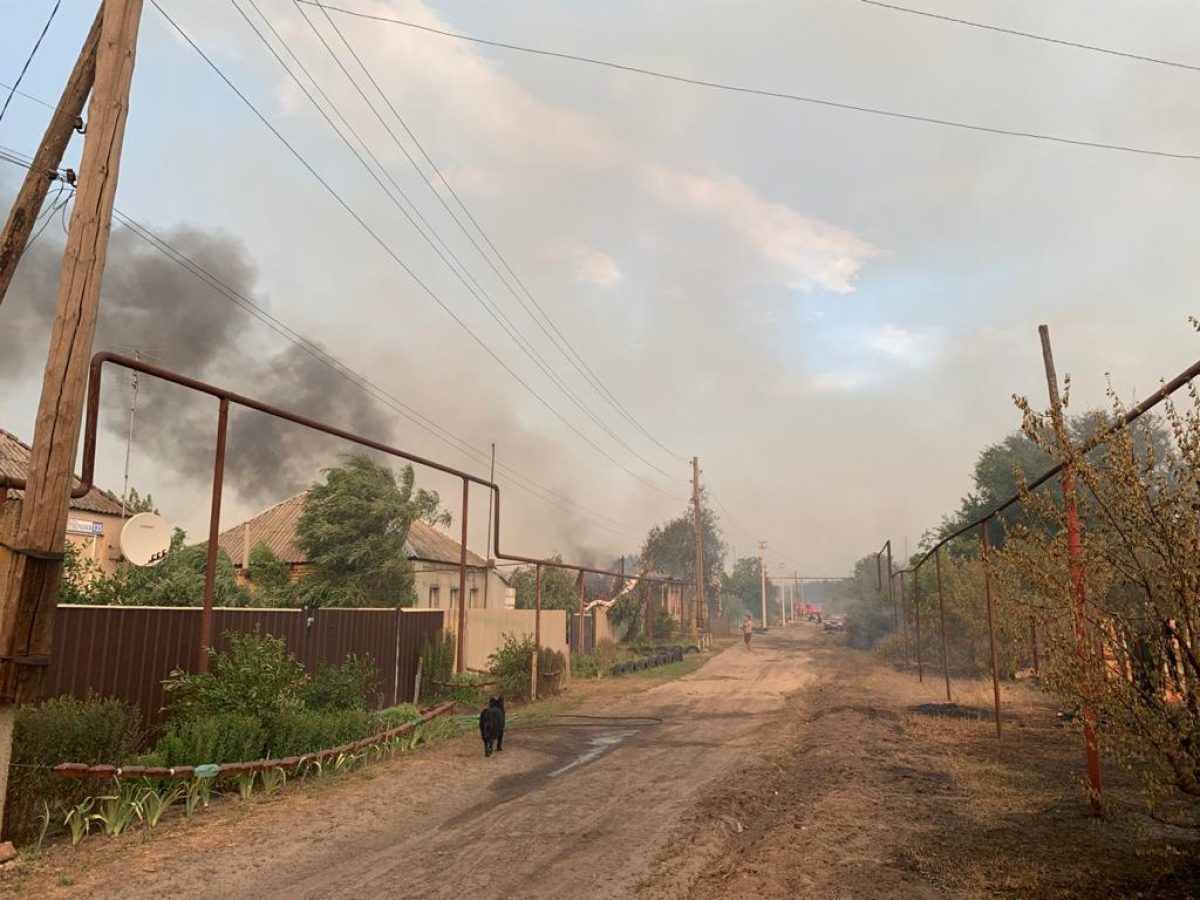 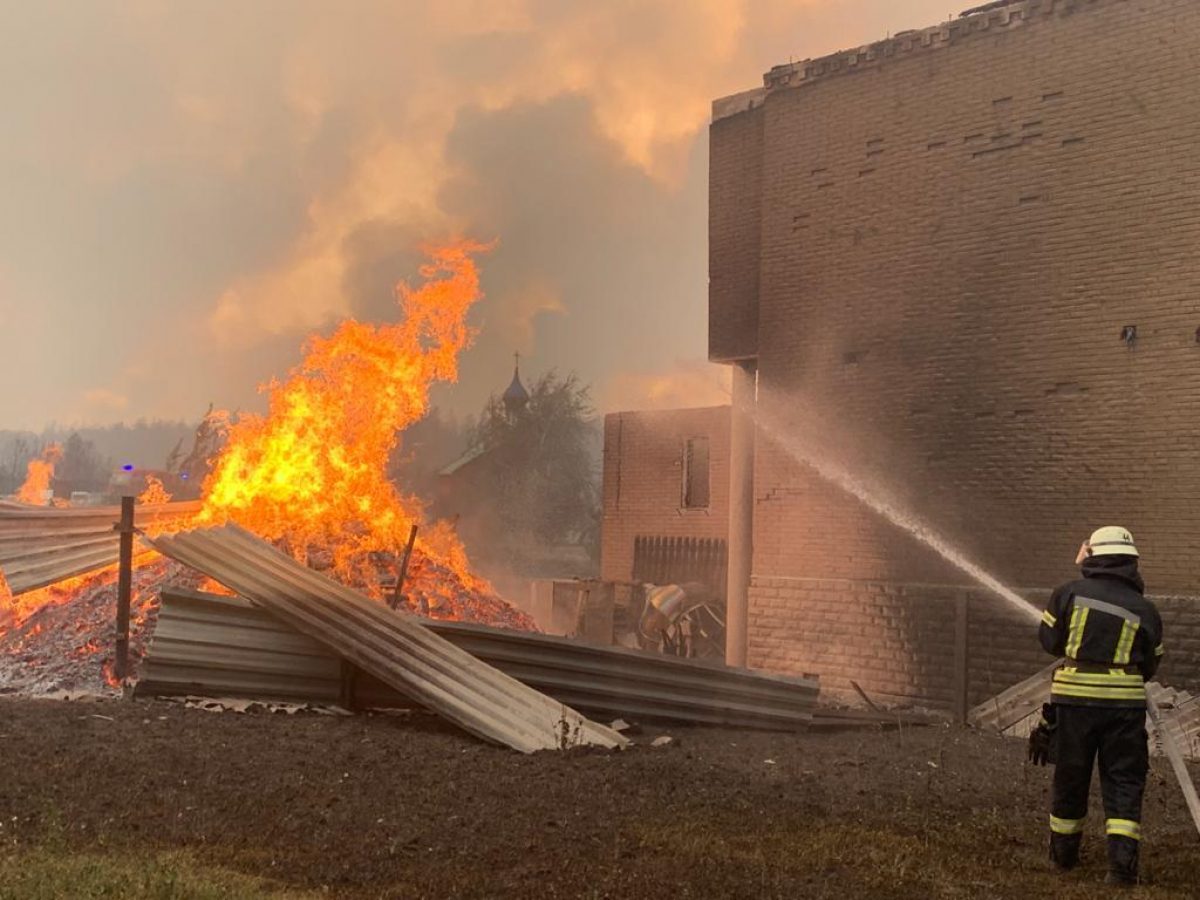 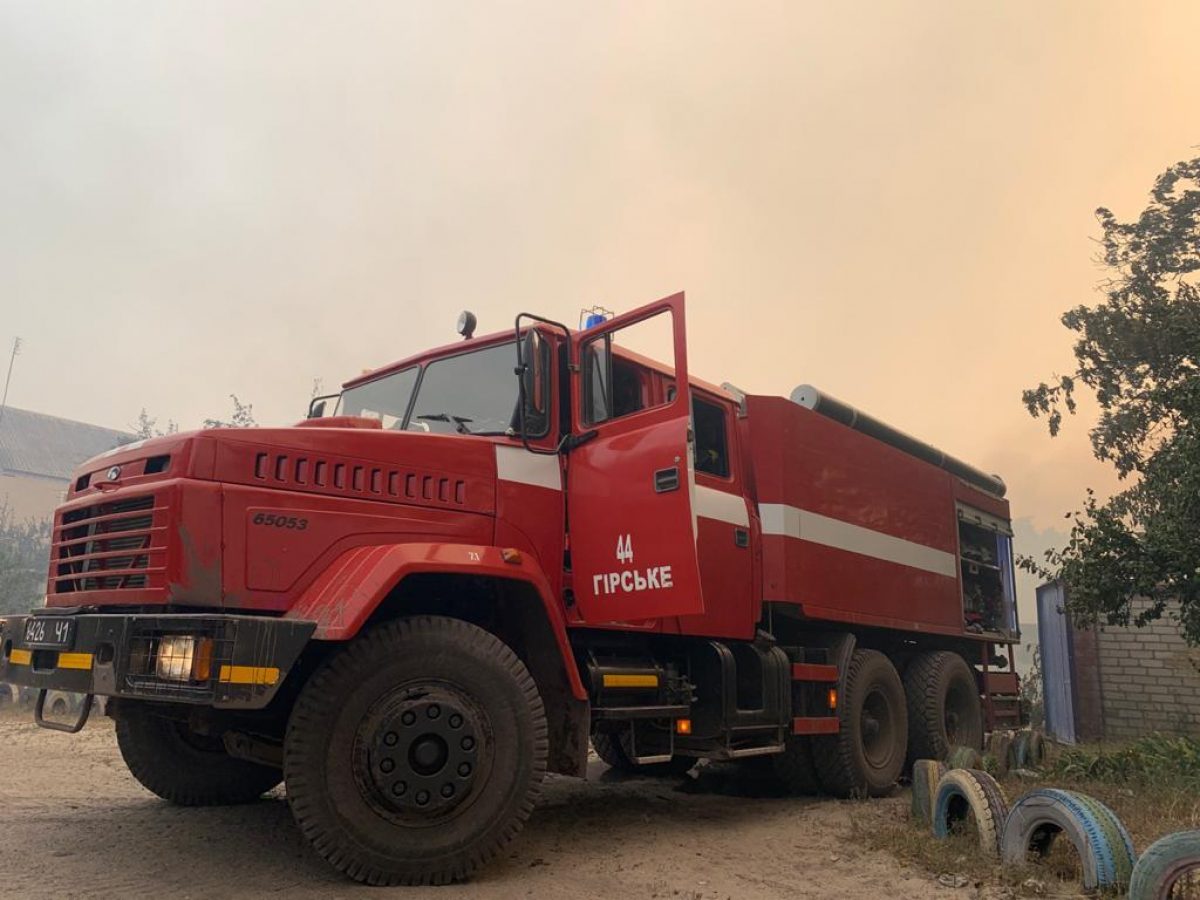 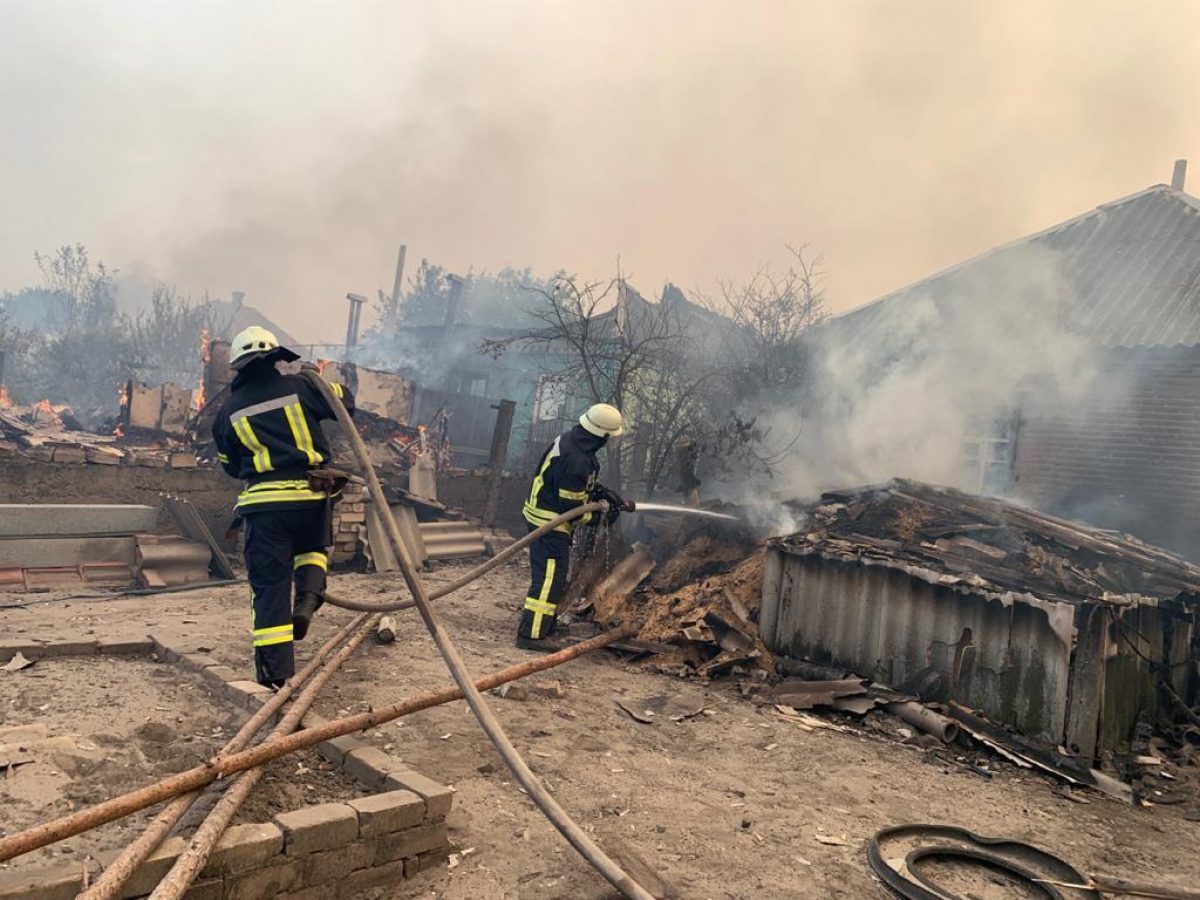 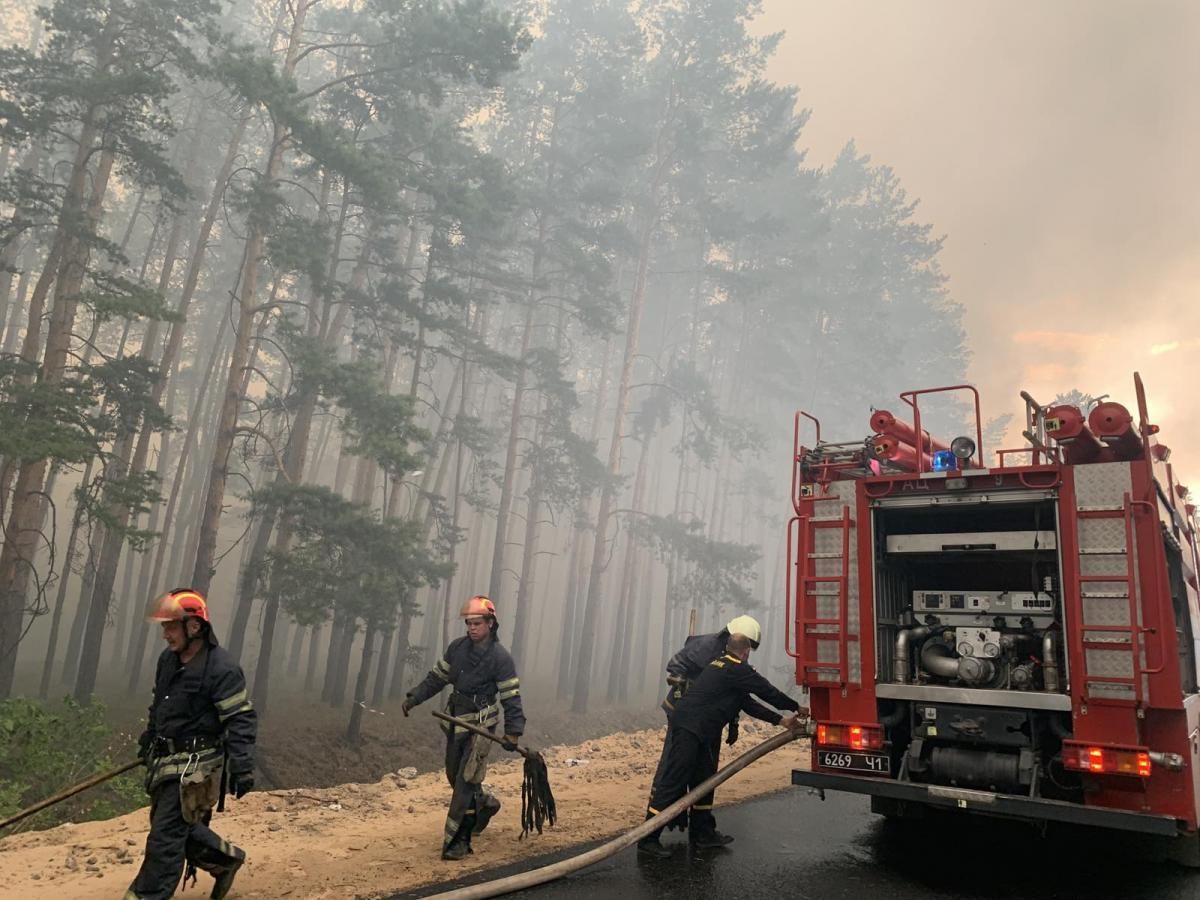 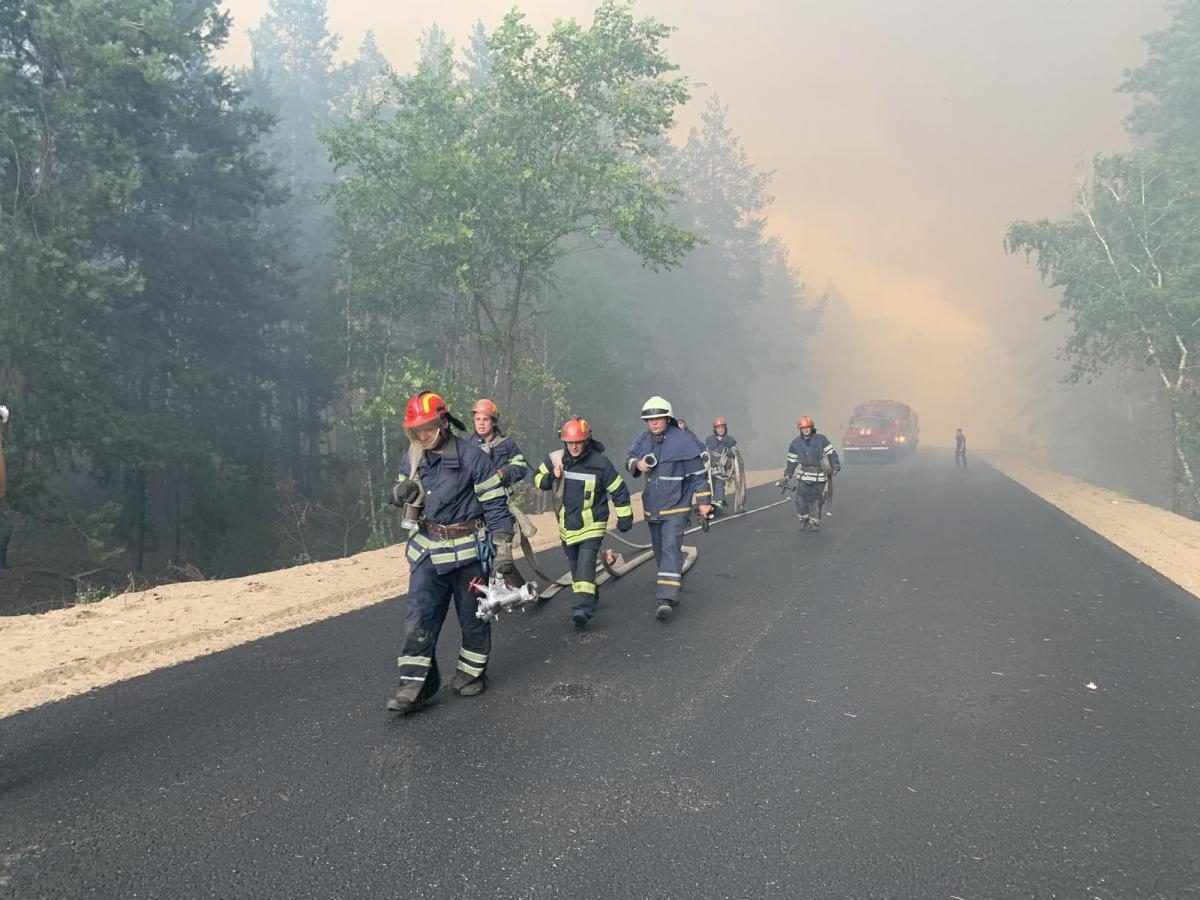 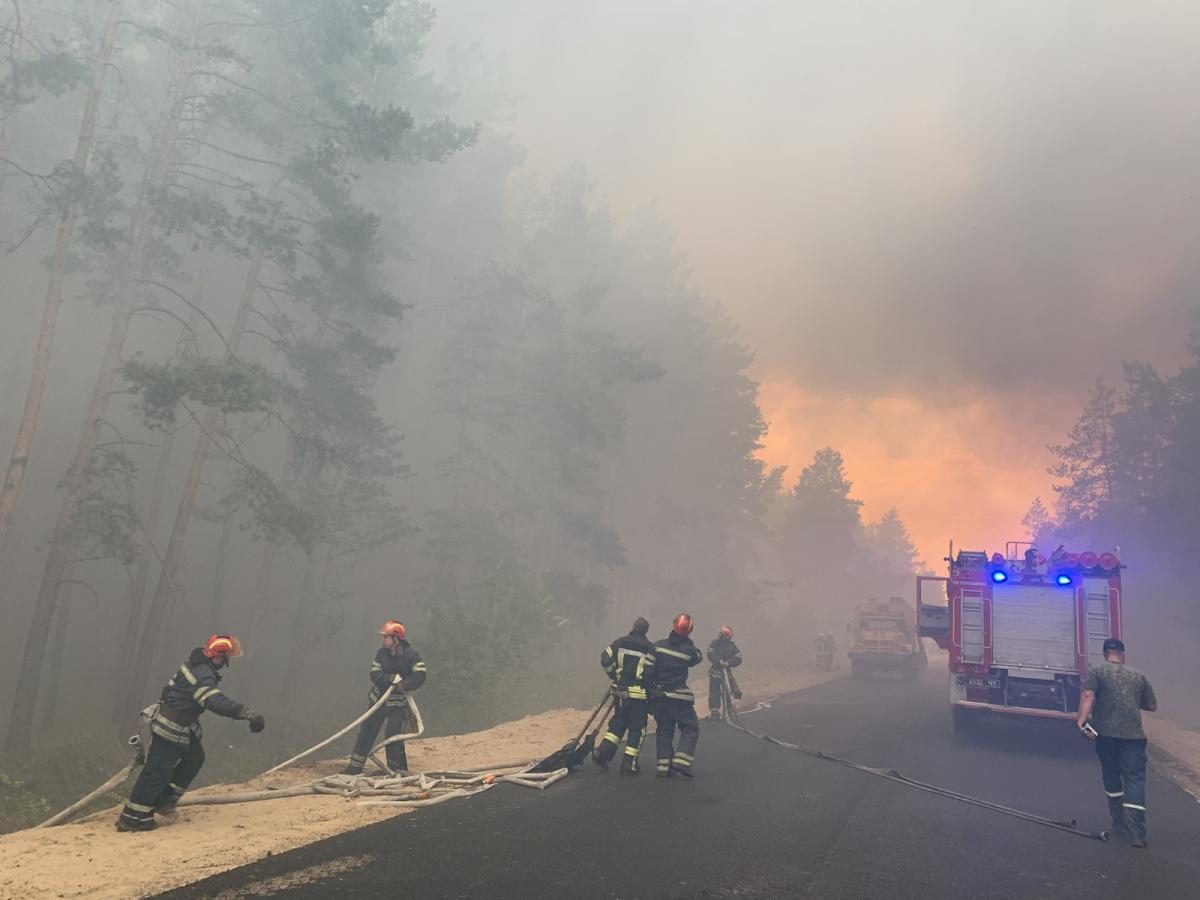 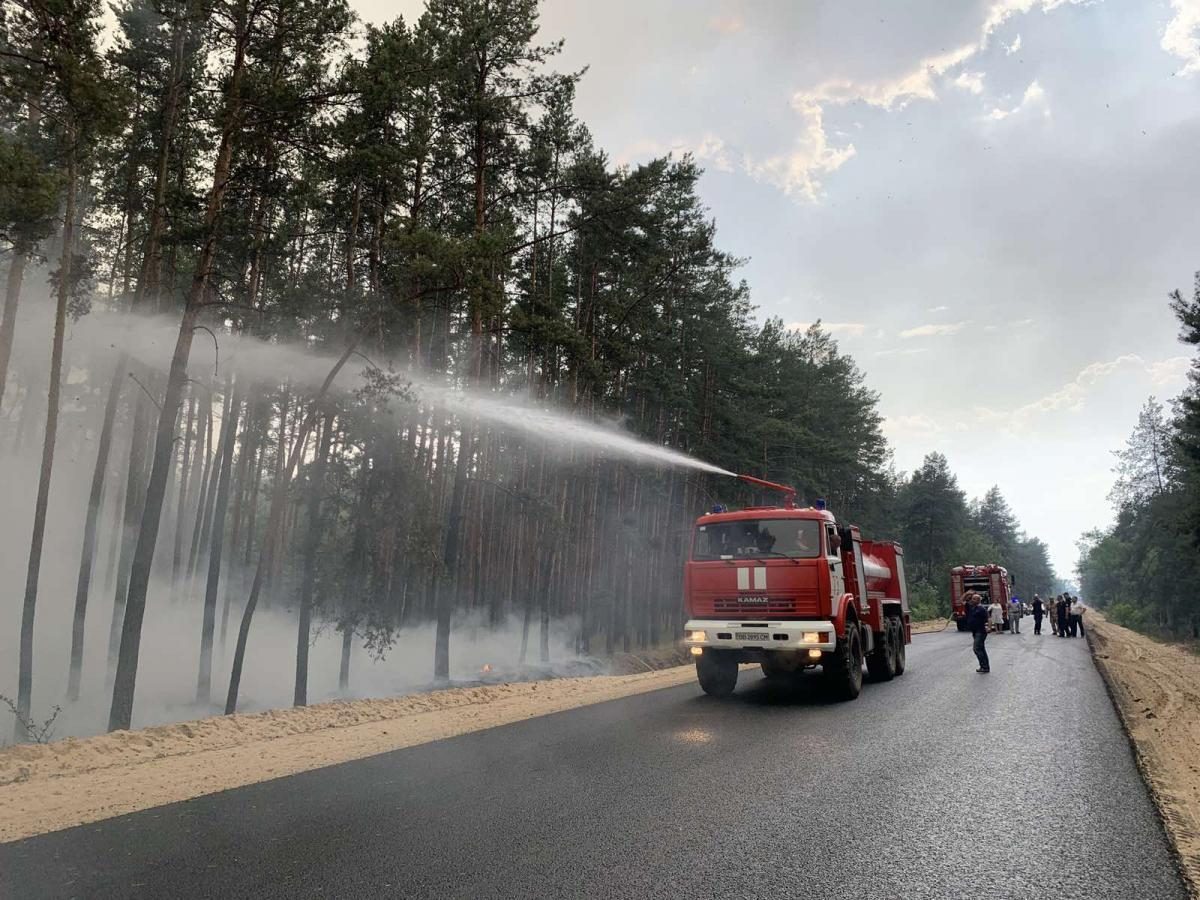