Military helicopters flew with the State Flag of Ukraine and the Naval Flag. 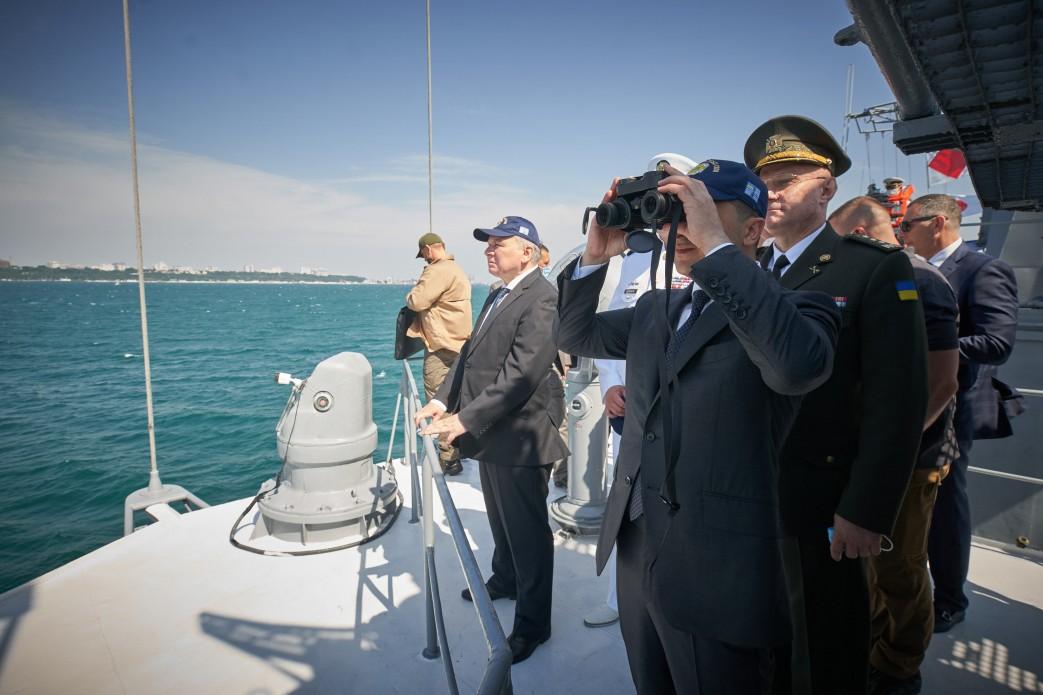 Ukrainian President Volodymyr Zelensky inspected the passage of warships and equipment on board the Hetman Sahaidachny frigate on June 5, the Ukrainian Navy Day.

Military helicopters flew with the State Flag of Ukraine and the Naval Flag, according to the president's press service.

Military guard boats and artillery boats passed through the waterways of the Black Sea.

Military boats and helicopters demonstrated a set of actions aimed at providing assistance to the shipwrecked.

In addition, training boats with cadets on board passed through the water area. 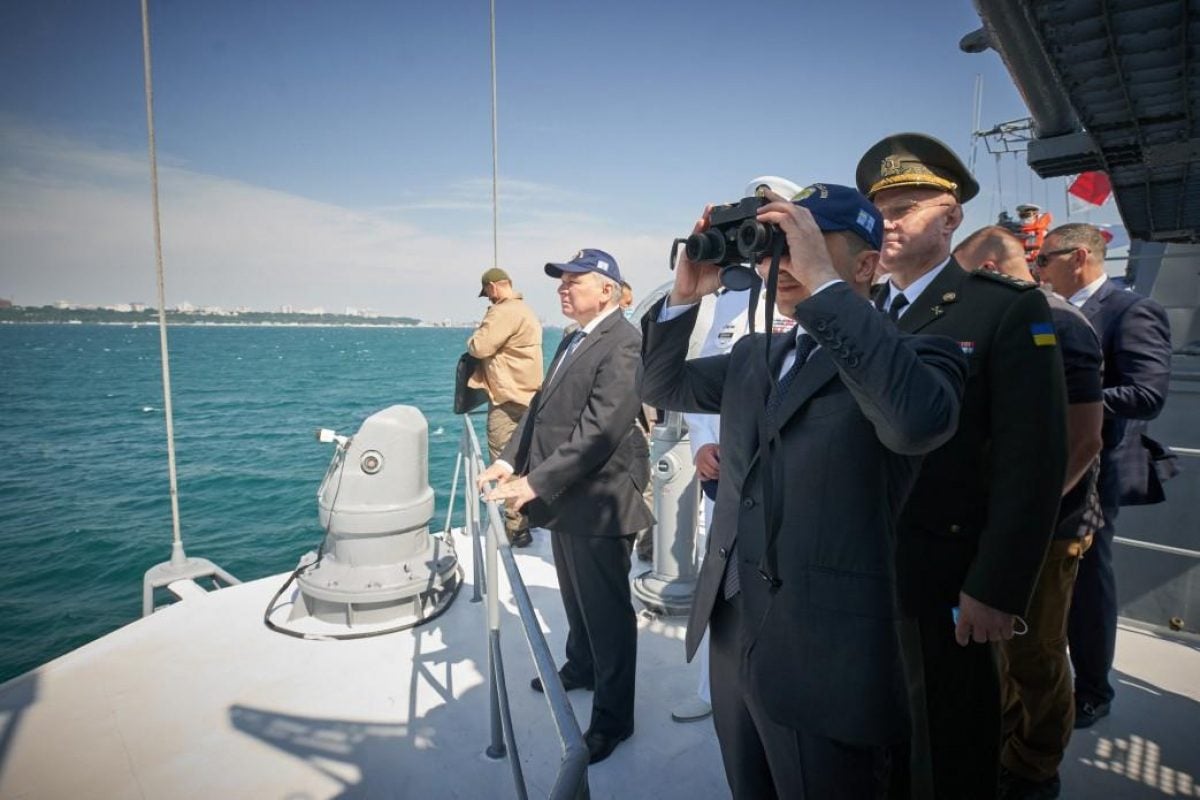 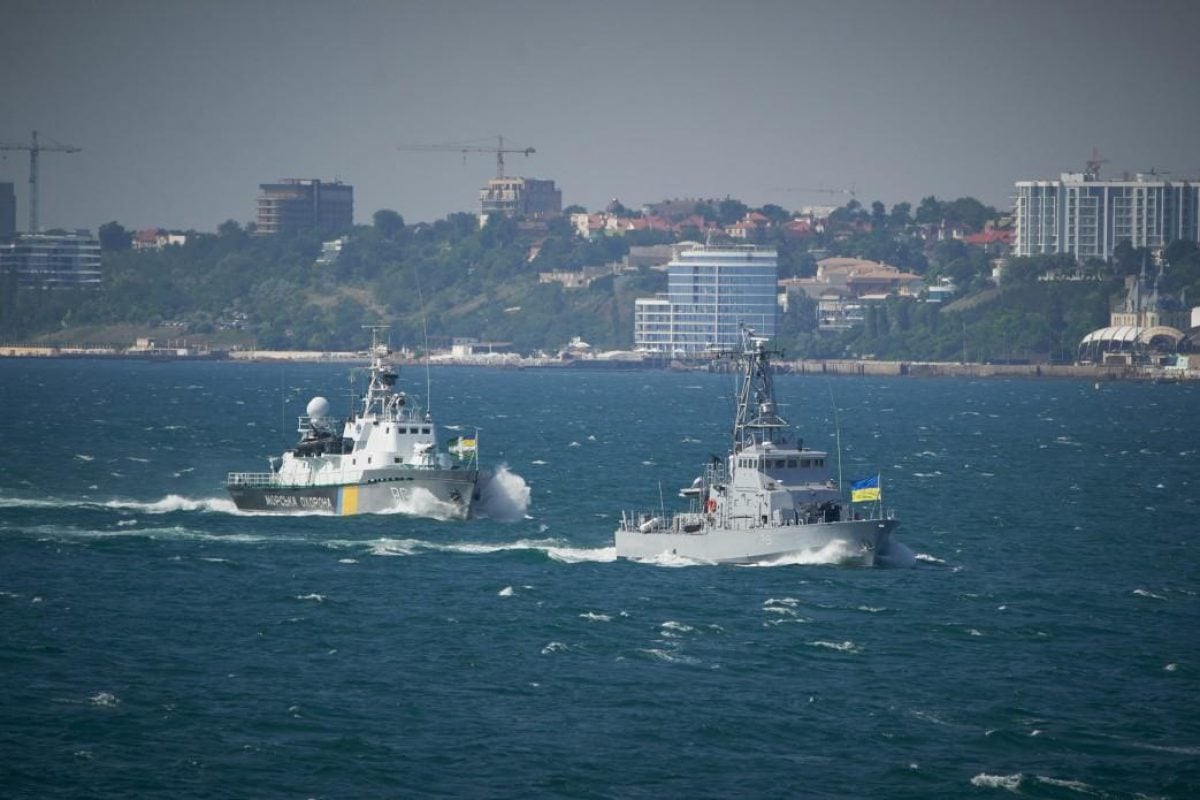 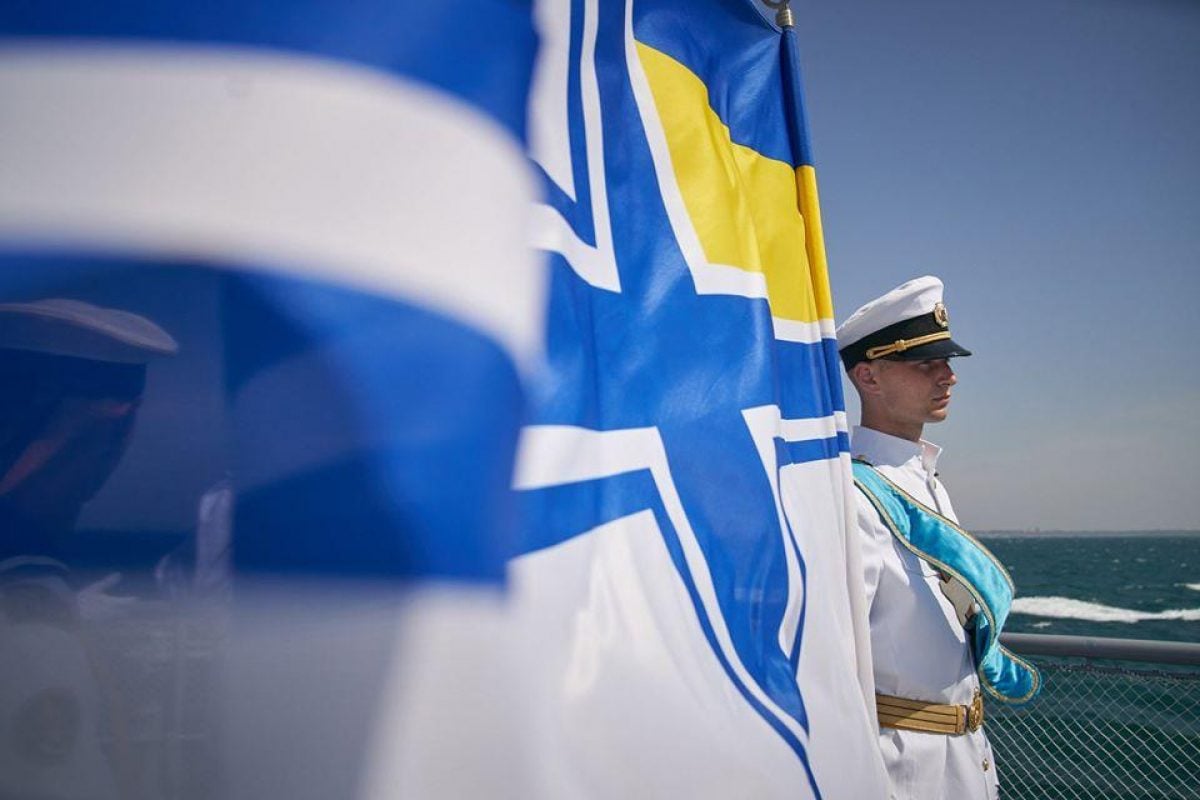 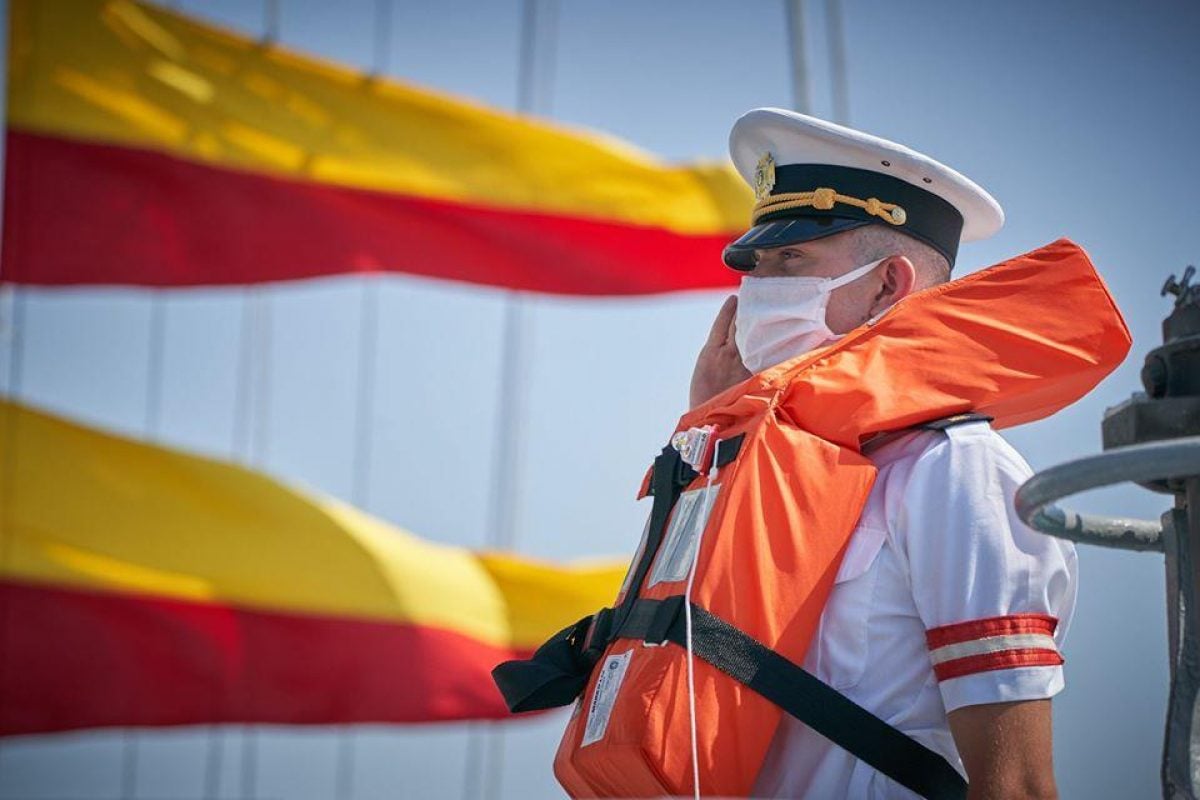 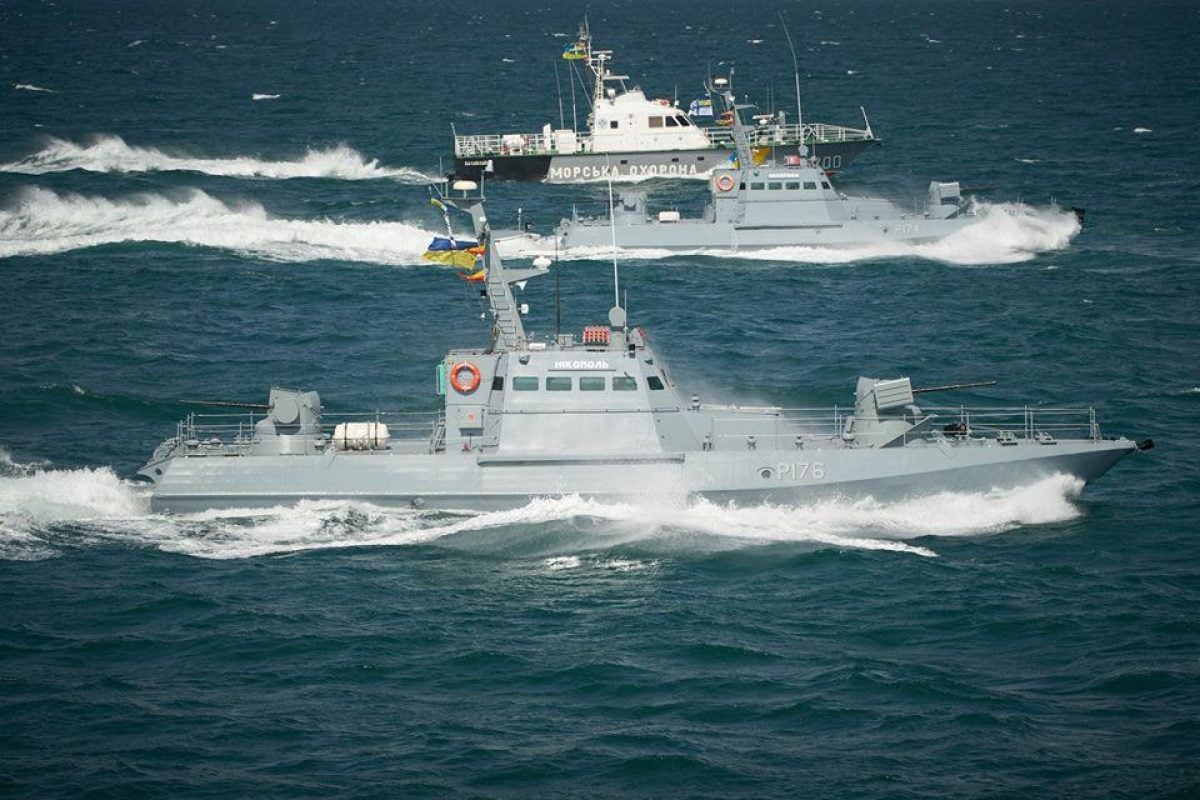 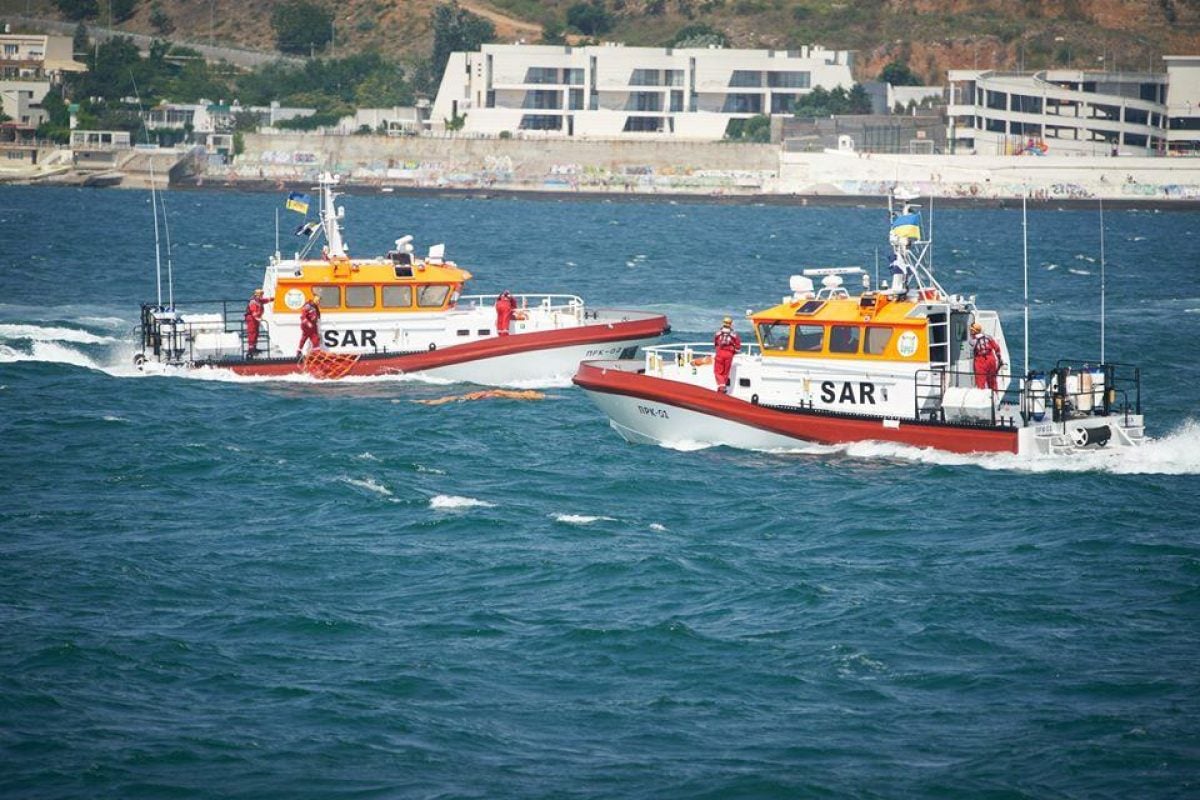 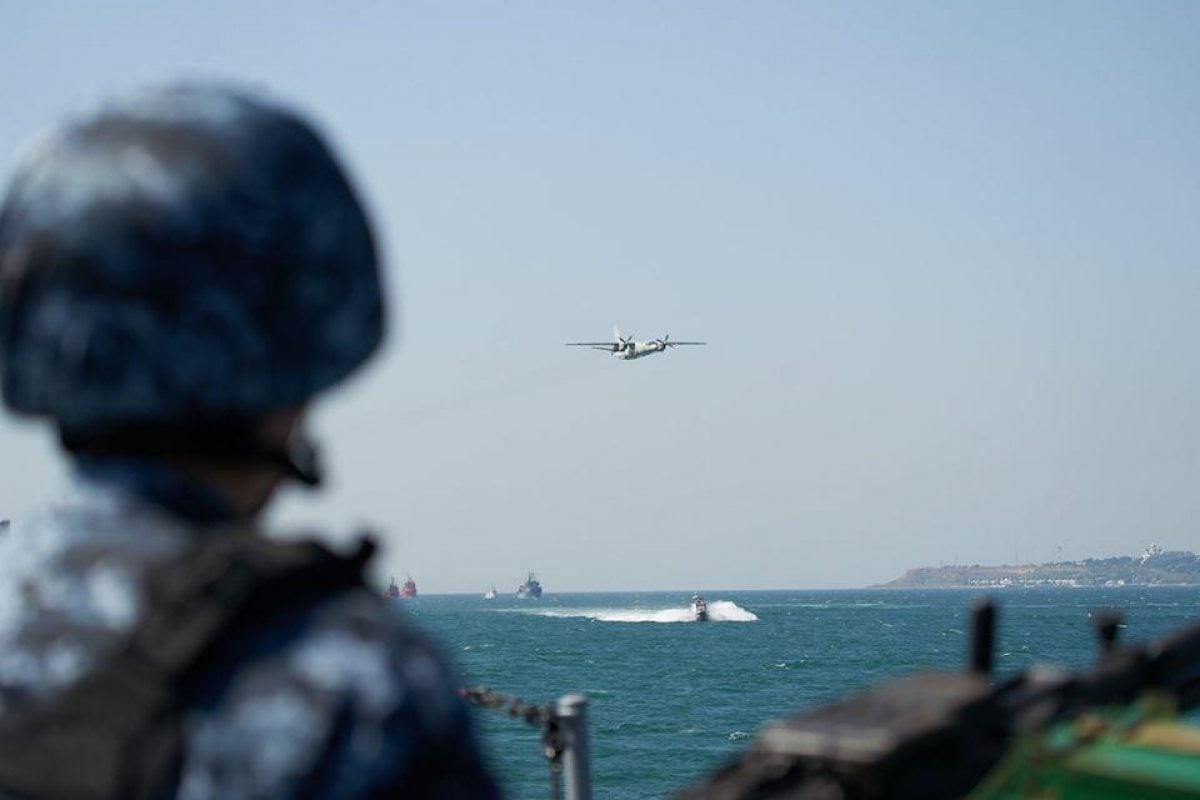 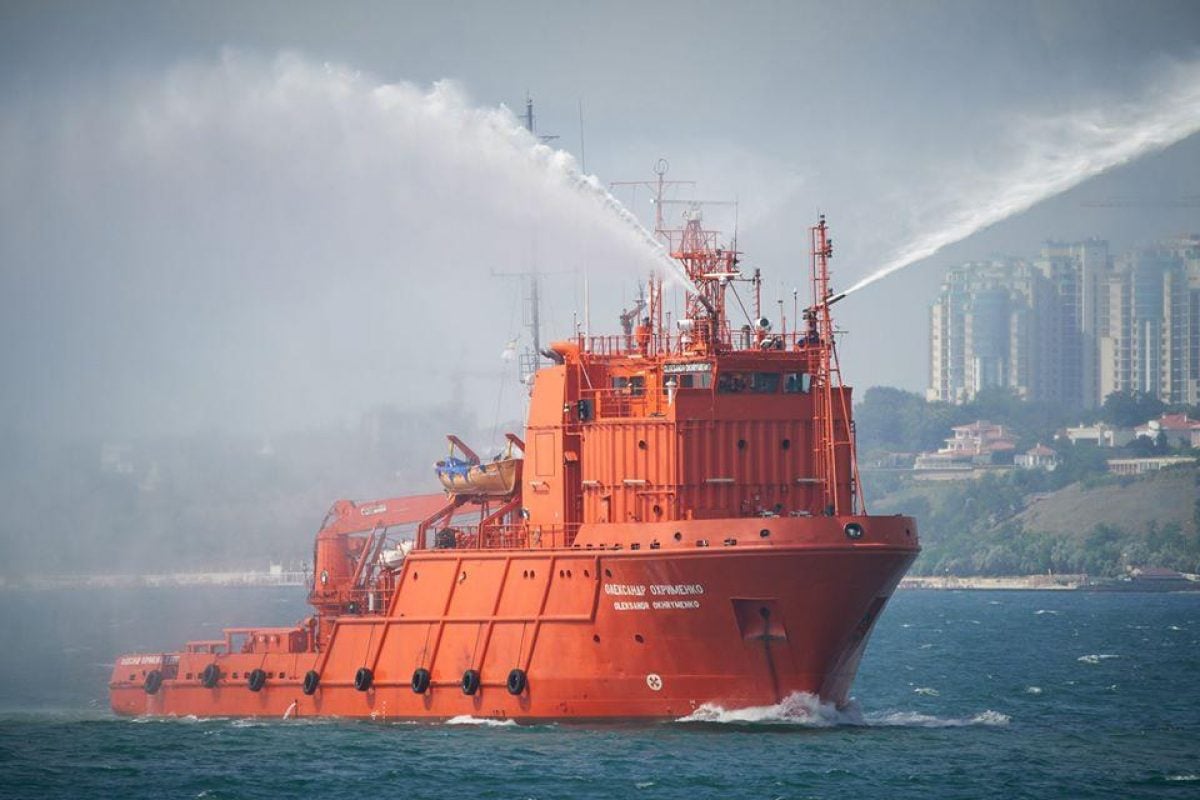 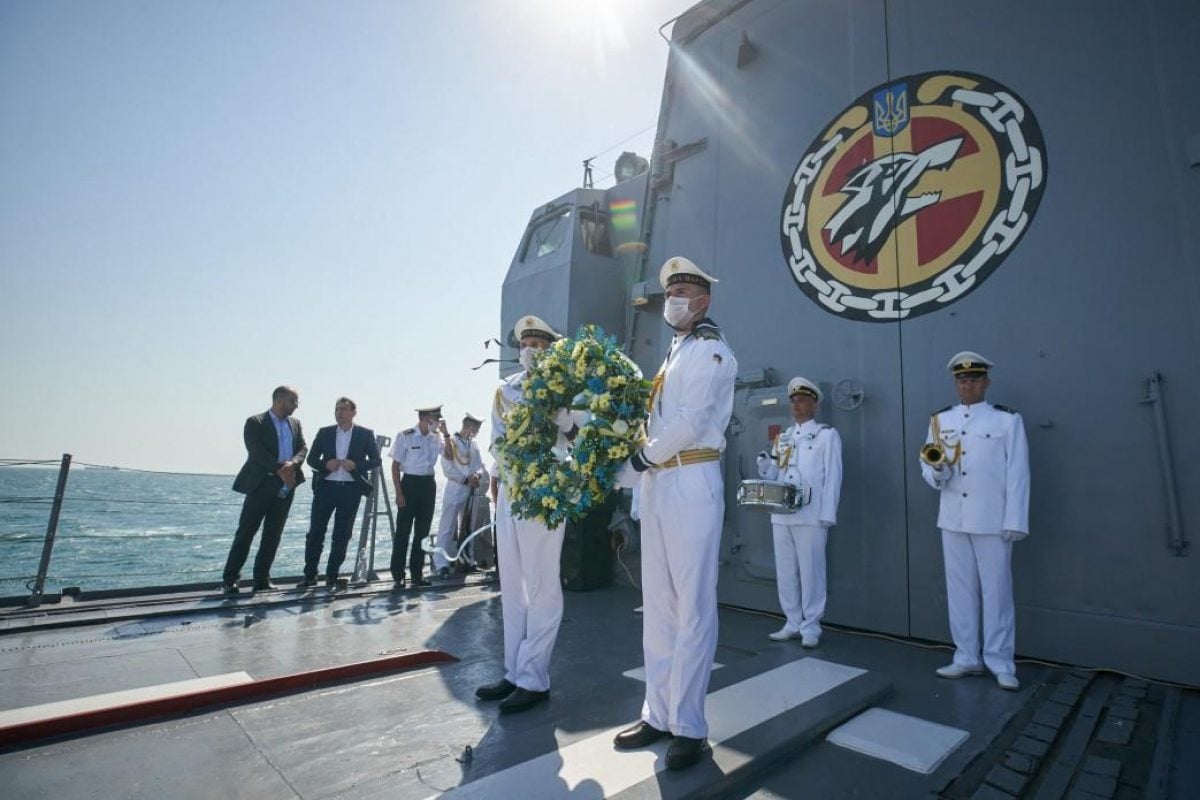