Seven-times European champions AC Milan eased some of the pressure on coach Carlo Ancelotti with a 3-1 UEFA Cup win at home to FC Zurich on Thursday.

Ukrainian Andriy Shevchenko, Milan`s forward, was announced the best player of the match. 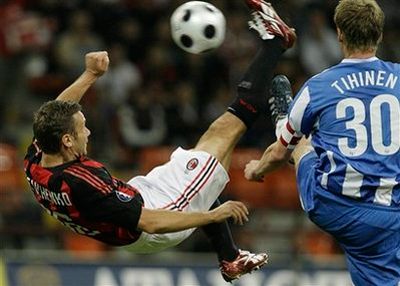 Sheva, probably, played his best match over the recent period. The "big return" of Sheva was announced at the official channel of Milan after the match.