Kyiv "Dynamo" established the record of the Champions League. But the record is with the minus sign. The defeat from “Manchester” became the 37th for Kyiv Club in the main net of tournament of the Champions League. And it is the worst indicator for the whole history of the tournament, reports ProFootball. Judging by the game of Kyiv players and matches schedule, which left in the group, “Dynamo” will likely “to improve” this indicator. Turkish “Galatasaraj” goes after “Dynamo” by the number of defeats, which has in a whole 36 defeats. 35 defeats have Norwegian “Rusenborg”, and Portuguese “Portu” and Dutch PSV. 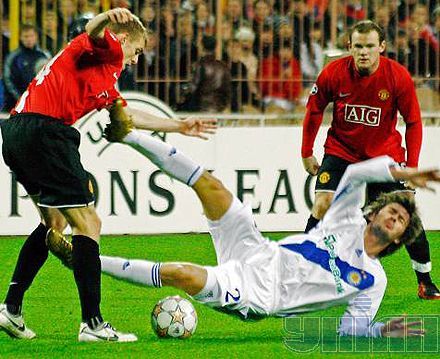